Commander-in-Chief Back in the White House

In an event staged for broadcast US Evening News, the US president arrives from Walter Reed hospital back to the White House where, in live coverage and then a re-enactment for his camera crew, he presented the COVID-19 infection as an illness not too seriously disabling … 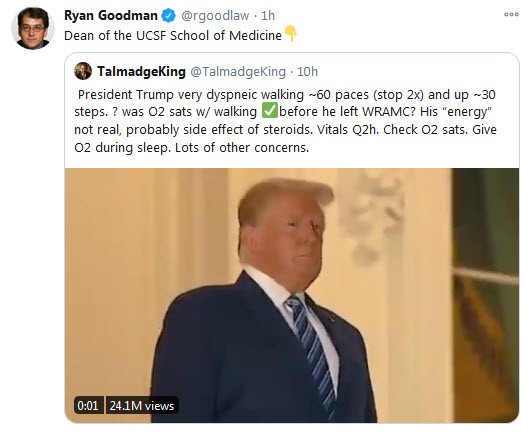 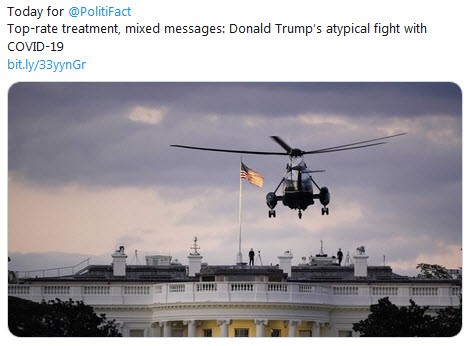 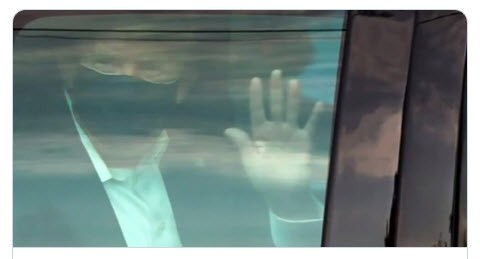 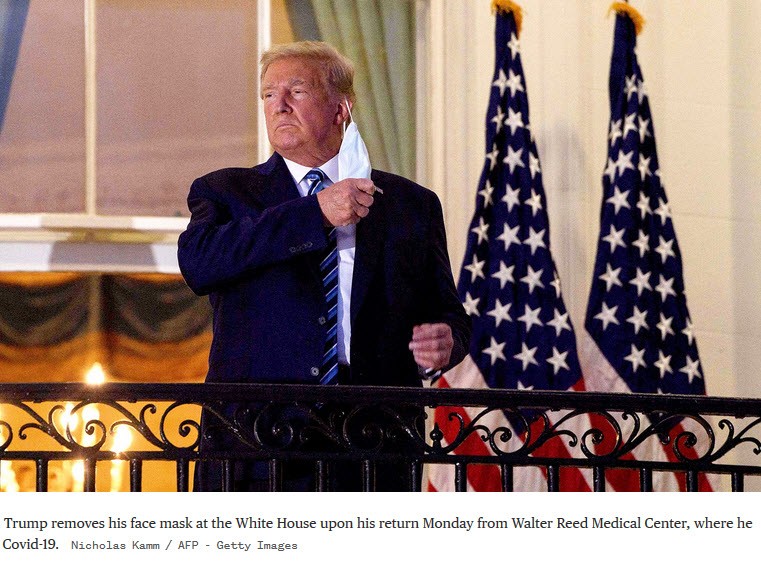 Top US general, Gen. Mark Milley, and several members of the Joint Chiefs of Staff are quarantining

The COVID-19 virus is spreading and impacting the Pentagon and military’s top chain of command.

The Chief of Staff of the US Air Force, Charles Brown… the Chief of Naval Operations Adm. Michael Gilday… and the Chief of Space Operations, Gen. John Raymond, are now all working from home, according to officials.

The top US general, Gen. Mark Milley, and several members of the Joint Chiefs of Staff are quarantining after a top Coast Guard official tested positive for coronavirus.

The Vice Commandant of the US Coast Guard, Adm. Charles Ray, tested positive on Monday.

“There’s no change to the readiness or capability of our armed forces,” said Jonathan Hoffman, assistant to the secretary of defense for public affairs. “Our national command and control structure is in no way affected by this announcement.”

Category: Chain of Command, US President