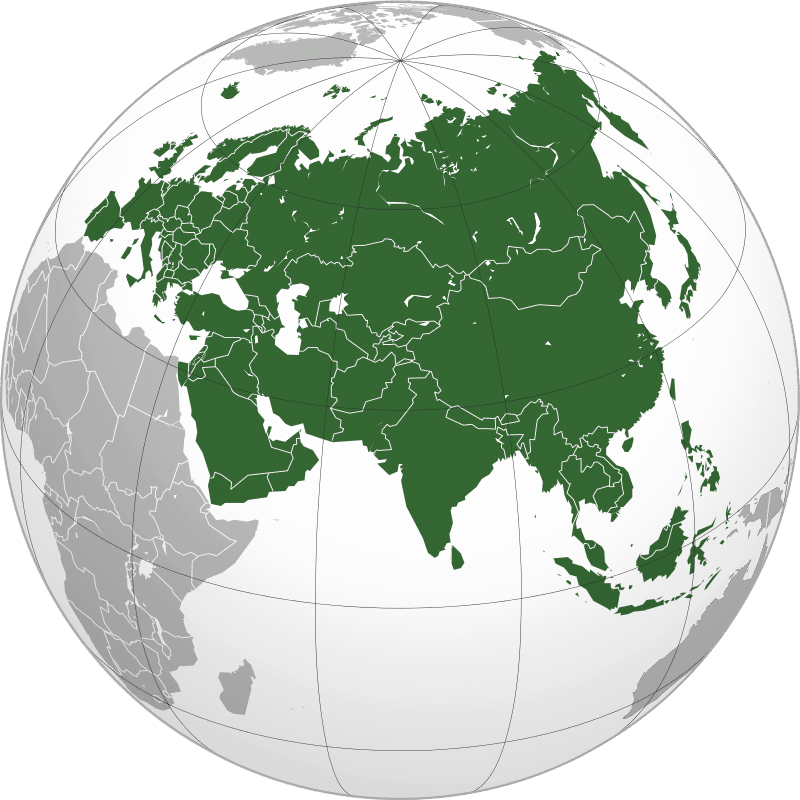 Xi Jinping Says Belt And Road Must Be ‘Green’ and ‘Sustainable’

China’s Belt and Road Initiative (BRI) must be green and sustainable, President Xi Jinping said in opening a summit on his grand strategy, adding that the massive infrastructure and trade plan would deliver “high-quality” growth for all.

Xi’s plan to rebuild the old Silk Road to connect China with Asia, Europe and beyond

China has not said exactly how much the ambitious plan will cost, but some independent estimates suggest it will run into several trillion dollars.

Xi said in a keynote speech on Friday that environmental protection must underpin the initiative “to protect the common home we live in”.Chinese President Xi Jingping opens the Belt and Road summit.

Xi’s pet project is a reboot of the ancient Silk Road to connect Asia to Europe and Africa through massive investments in maritime, road and rail projects.

Trump says Washington will next slap tariffs on Europe

Via Asia Times by Pepe Escobar / Last Sunday morning, two Chinese J-11 fighters crossed the median and stayed on Taiwanese air space for about 10 minutes – even after Taiwanese interceptors were dispatched. Tsai Ing-wen, the President of Taiwan, defined the incursion by the PLA Air Force as “reckless and provocative.” And, ominously, demanded the “forceful expulsion” of Chinese fighter jets if it ever happened again….

Taiwan has made an official request to buy more than 60 F-16 fighter jets from the US. And the Trump administration tacitly approved it. It works like this.

Trump’s advisers “encouraged” Taipei to make a formal request. They acted in tandem with Lockheed Martin, which builds the F-16s.

The request then became an actual proposal by the Pentagon and State Department. Finally, Congress has 30 days to consider whether the sale may go ahead. Considering this particular case suits not only the industrial-military complex, but also the overall US government agenda of containment of China, it might as well be considered a done deal.

Call in your CHIPS

Without this crucial context, it’s impossible to understand the logic behind the Chinese “provocation.” And that is also directly linked to John Bolton torpedoing negotiations with North Korea (the DPRK) and the non-stop demonization of both Russia and Iran.

China, Russia and Iran are the essential nodes in the laborious, ongoing, long-term Eurasia integration process. Russia and China were also essential advisers to the DPRK in its nuclear negotiations with the Trump administration.

The demonization of Russia and Iran proceeds in parallel with what is in effect a Washington-orchestrated SWIFT-CHIPS war.

If you are cut out of this system, it’s extremely difficult to conduct world trade – you need barter, trading in local currencies or an untested system like INSTEX, set up by the EU for non-dollar transactions with Iran after the Trump administration crashed out of the JCPOA, or Iran nuclear deal.

China is way more dependent on world trade than Russia as it needs to import massive amounts of natural resources that must be paid for by exports.

Russia, for its part, could very easily become self-sufficient, as it holds about 96% of the natural resources it needs. The US, by comparison, needs to import many vital natural resources for its advanced industries.

Recent history is filled with examples – for instance, Japan and South Korea – showing that national self-sufficiency works. China is fine-tuning the model as applied to the Made in China 2025 strategy.

Made in China 2025 Strategy / Backgrounder CFR

The problem with Russia is that the Central Bank under Elvira Nabiullina arguably does not operate in the Russian national interest.

As I have extensively discussed with Russian analysts, a solution would be for the Russian Central Bank to create currency controls to prevent oligarchs from siphoning their wealth overseas, a move that only serves to further collapse the ruble. And also create credit to build the industries that would replace imports – a de facto massive import substitution. No credit should be issued for any other purpose.

Entering the next decade, what would constitute a sort of nuclear option would be for Russia to divert to China most of the natural resources sold to the West, whose retribution is packages of sanctions, while importing from China the advanced technologies required for Russia.

China is de facto an equal or even ahead of the US in plenty of technology areas – as documented, for instance, by Kai-Fu Lee on AI Super-Powers: China, Silicon Valley and the New World Order.

All of the above is being debated in Moscow, in detail, on myriad levels. It’s not by accident that Russia is fully on board the New Silk Roads, or Belt and Road Initiative (BRI), in connection with the Eurasia Economic Union (EAEU).

The latest graphic example of the Russia-China economic partnership is the railroad bridge across the Amur river linking the Russian Far East with China’s Heilongjiang province.

The ‘Future Rises in the East’

Throughout the next decade it will be clear how the entire Eurasian land mass is linked with, or by, the BRI. In comparison, Chas Freeman, a former US ambassador to China, is one of the few informed observers who have sounded the alarm; Washington treats the BRI as a military strategic challenge.

Alastair Crooke has shown how a mini-BRI is already shaping up, linking Iran, Iraq, Syria and Lebanon. In fact, this is the emerging Southwest Asia BRI node.

At the same time, Beijing had made it very clear that – harsh methods included – Xinjiang, the key BRI hub in Western China, would not be allowed to become another Syria, Libya or Iraq. Xinjiang directly links with the essential BRI connectivity corridors to the Middle East, Africa and Europe.

The West, or what remains of its unity, does not represent a vision of the future any more. China is striving for the BRI to fulfill this role. That’s something a few extra F-16s patrolling the cross-strait median won’t be able to change.

Unlike previous versions of the F-16—which were built in Fort Worth, Texas—these new “Vipers” are to be manufactured in Greenville, South Carolina… the move represents a new beginning for the F-16, which is still expected to generate strong sales over the coming years. “We see for new production F-16s around the globe”, says the vice president of Lockheed Martin’s F-16 program.

The jet also has a new state of the art electronic warfare system.

To push the aircraft around the sky, Lockheed says that the new Block 70 jet features an “advanced engine.”

In concert with the U.S. Air Force and multiple F-16 Foreign Military Sales customers, Lockheed Martin has certified more than 3,300 carriage and release configurations for greater than 180 weapon and store types. Our experience as a weapon integrator has enabled the F-16 to be one of the most versatile multirole fighters ever.”

The F-16 will still be flying for decades to come. There are still 3,000 operational F-16s are flying around the world with more than 25 different air forces…

Bethesda-based Lockheed Martin Corp. (NYSE: LMT) was hoping that by the end of the year it could end production of its aging F-16 fighter jets in Fort Worth, Texas, and look to possibly restarting the line in India.

But with President Donald Trump riding into the White House on an agenda of protecting U.S. jobs, those plans could be scuttled.

A spokesman from Lockheed, following initial reports from the Star-Telegram in Fort Worth, wrote… for the last several months the company has worked with Trump’s transition and governance teams, as well as lawmakers on the Hill, to share “information on our many programs and potential business opportunities.”