Escobar: Is the ‘Unipolar’ moment over? 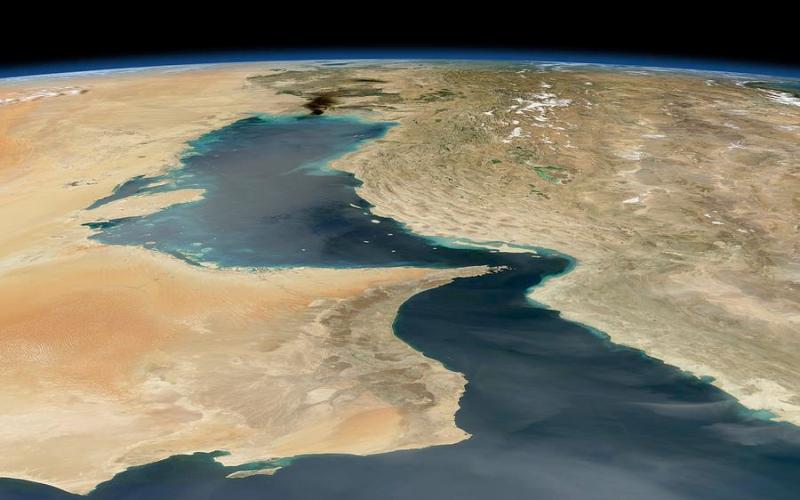 Trump said the limpet mine had “Iran written all over it.”

A video released by U.S. Central Command showed damage from an explosion and a ‘likely limpet mine’ attached to a Japanese shipping company tanker.

The Japanese shipping company countered U.S. military claims about the explosion aboard the Kokuka Courageous.

“The owner of stricken chemical tanker Kokuka Courageous has said the crew saw something fly towards their ship, a claim at odds with the US Navy’s suggestion it was attacked with limpet mines,” the Financial Times reports. “Speaking shortly after the attack on Thursday, [the Japanese shipping company] said the explosions were on the port side of the Kokuka Courageous. However, the US images showed damage and a suspected limpet mine on the starboard side of the vessel.”

Yutaka Katada, the president of the shipping company, told the Associated Press that he believes the objects observed by the sailors were bullets. He also said the damage was above the ship’s waterline, hence mines or torpedoes would likely not be the culprit. He called the U.S. mine report “false.”

Katada said the crew did spot an Iranian naval ship nearby at around the time of the attack. A U.S. official told Fox News earlier that an Iranian gunboat approached the ship after the attack and removed the mine. The official, who requested anonymity to discuss sensitive information, said the suspected Iranian vessel did not bear any flags, nor did the crew members wear any uniforms.

Trump ‘not worthy’ of a reply

BISHKEK (Reuters) – U.S. actions pose a serious threat to stability in the Middle East, Iranian President Hassan Rouhani told the leaders of a China-led security bloc including Russia and India on Friday.

NYT: Is it too late to stop a new Cold War with China

Putin says relationship with U.S. ‘getting worse by the hour’ 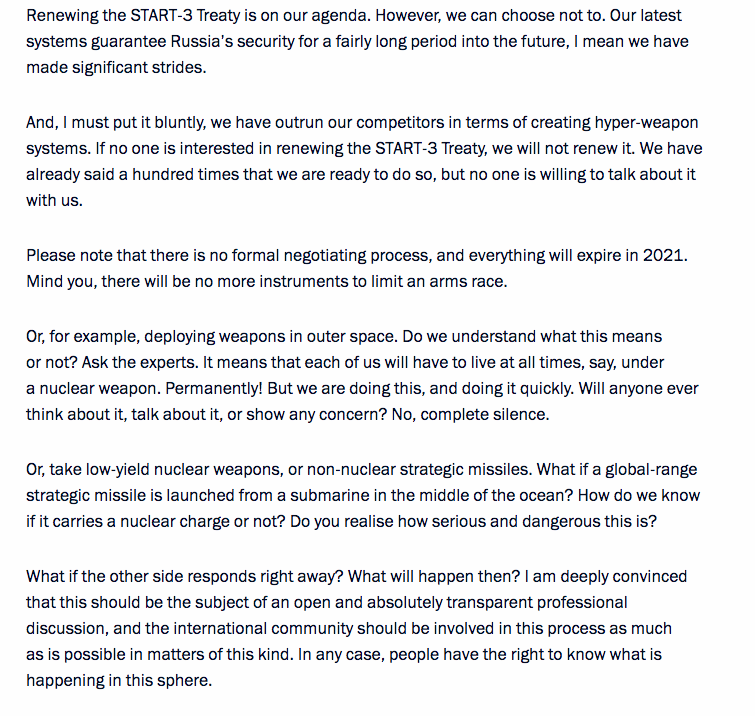 Rand Corporation: The spread of a new class of weapons

Speed is the new stealth and the top U.S. nuclear commander described a grim scenario for U.S. forces facing off against hypersonic weapons.

“We don’t have any defense that could deny the employment of such a weapon against us,” Air Force Gen. John Hyten, commander of U.S. Strategic Command, told the Senate Armed Services Committee (March 2018).

“Hypersonic cruise missiles are powered to their targets using an advanced propulsion system called a SCRAMJET. These are very, very fast. You may have six minutes from the time it’s launched until the time it strikes,” Rich Moore of Rand explains.

Hypersonic glide vehicles are placed on top of rockets, launched, and then glide on top of the atmosphere.

“It’s like a plane with no engine on it… it can keep it’s target a secret up until the last few seconds of it’s flight.”

Which countries are developing hypersonic weapons?

“The U.S., Russia and China are ahead of other nations in developing hypersonic weapons,” Richard Speier at Rand elaborated.

The Pentagon is working with France, India, and Australia in developing military uses of hypersonic technology.

The Anti-Nuclear Movement Has Faded

The grassroots disarmament movement in the United States and Europe set the stage for passage of some disarmament treaties. In 1982, 1 million people rallied in New York against nuclear weapons in what was America’s largest political demonstration up to that time. European protesters marched against deployment of both US and Soviet nuclear weapons in their countries. In response, Soviet leader Leonid Brezhnev declared that the Soviet Union would not be the first to use nuclear weapons. The United States never made such a pledge. And Russia abandoned that policy in 1993, Partially in response to the mass upsurge, the US and USSR negotiated the Strategic Arms Reduction Treaty (START I) and the INF.

Today, the US disarmament movement is much smaller, although there are efforts in Congress to support arms treaties. And the movement is almost nonexistent in Russia, according to Oleg Bodrov, an environmental and anti-nuke activist in St. Petersburg. Proponents of disarmament don’t organize independently but work within environmental and human-rights groups, he said in a phone interview. “We have some movement, but it is not very strong, not so active,” he said.

Bodrov said Trump’s refusal to negotiate nuclear treaties “helps promote militarization in Russia. During the Cold War, we had meetings between the US and USSR. Now, we have nothing but confrontation.”

Putin has taken advantage of Trump’s policies to create a political atmosphere of fear, which is then spread by government-controlled media, according to Bodrov. “The mass media say we have enemies everywhere, in the US and Europe,” he said. “The main government policy is militarization and nuclearization.”