“If negotiations fail, it would be time to end the nuclear threat from North Korea – one way or the other” — U.S. Senator Lindsey Graham – 28 Feb 2019 …

As nuclear negotiations between President Trump and N. Korea’s leader Kim Jong Un conclude with a walk without agreement, questions follow. What’s next?

Trump cuts short North Korea summit after dispute over sanctions: ‘Sometimes you have to walk’

HANOI, Vietnam — In the end, President Donald Trump did the unexpected: He walked away.

A visibly deflated Trump began the news conference wrapping up his second summit with North Korean leader Kim Jong Un by talking about anything else. He riffed on the potential nuclear crisis between India and Pakistan… Only then did Trump turn to the subject at hand: Why, after weeks of buildup, flattery and reality TV-style showmanship, his negotiations with the North Korean leader had come to an abrupt halt. “Sometimes you have to walk and this was just one of those times,” he said. 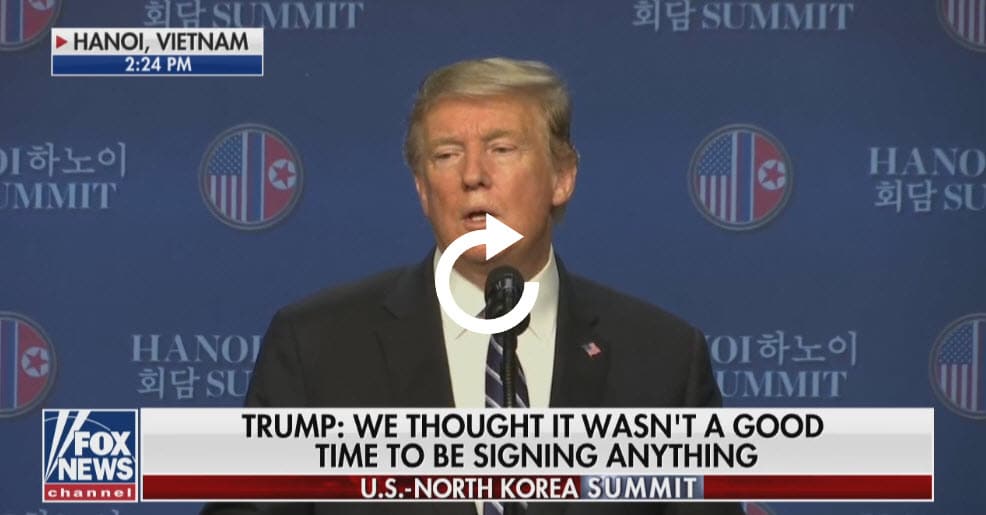 StrategicDemands: As nuclear treaties, agreements, and negotiations fall by the wayside, the JCPOA, the INF, NewSTART, and others, and the U.S., Russia, and China race to build a next generation of nuclear capabilities, there are those, like Lindsey Graham from South Carolina who seem to be saying that if U.S. negotiations with North Korea fail, then war is the answer, one way or the other, seeming to say that nuclear exchanges are acceptable. Nuclear weapons use, nuclear weapons exchanges are not acceptable.

The collapse of nuclear arms control architecture is accompanied by multi-nation, multi-billion spending, much of it in secret, a race toward human and environmental disaster. The next generation of nuclear weapons is not providing added security, it is delivering a ticking clock… 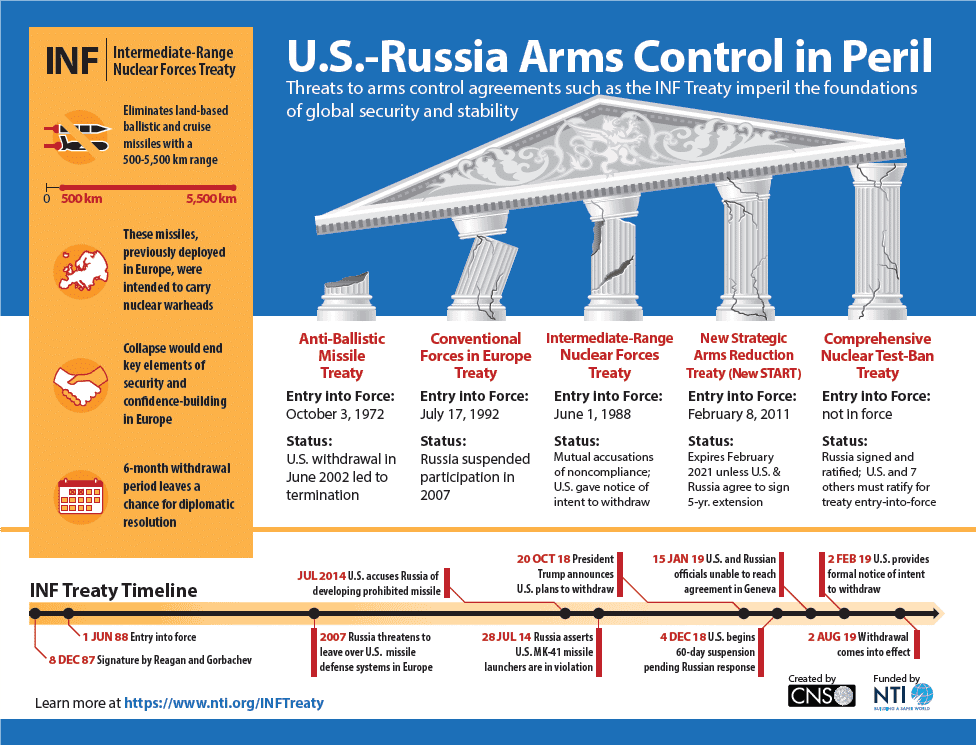 If India and Pakistan have a ‘limited’ nuclear war, scientists say it could wreck Earth’s climate and trigger global famine

Thinly veiled rattling of war by nuclear powers looms between India and Pakistan. This week Indian war planes crossed over disputed border areas in Kashmir to attack alleged training camps. The rapid escalation is the worst in fifty years as ongoing threats have produced threats of worse to come. 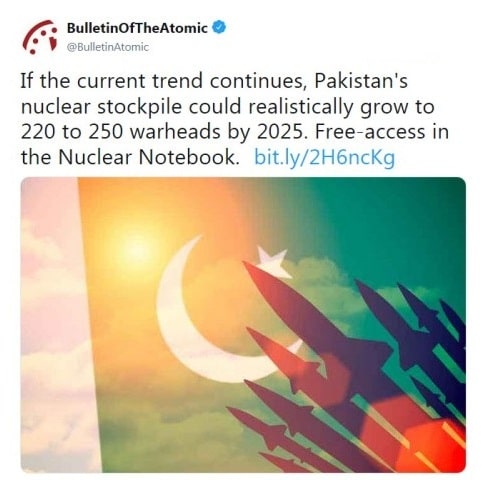 StrategicDemands: The global impact of a limited nuclear war will be catastrophic

Nuclear weapons use… and consequences

Let us pause for a moment and look at a these consequences, as negotiations take place in Hanoi to ‘denuclearize’ the Korean peninsula and on the border of India-Pakistan, armed conflict and nuclear threats fly amid nationalism and religious cataclysmic fervor…

Below is what will follow a nuclear exchange, a ‘regional’ nuclear conflict, a conflict that could begin in Kashmir or on the Korean peninsula. Nuclear weapon use will spread its impacts into the atmosphere, across oceans and continents.

Strategic Demands urges our readers to share the following links across the world wide web and social media.

The first study of the global impacts of a regional nuclear war with an Earth system model including atmospheric chemistry, ocean dynamics, and interactive sea ice and land components.

A limited, regional nuclear war between India and Pakistan in which each side detonates 50 15 kt weapons could produce about 5 Tg of black carbon (BC).

Using the Community Earth System Model with the Whole Atmosphere Community Climate Model, we calculate an e-folding time of 8.7 years for stratospheric BC compared to 4-6.5 years for previous studies.

Our calculations show that global ozone losses of 20%-50% over populated areas, levels unprecedented in human history, would accompany the coldest average surface temperatures in the last 1000 years.

We calculate summer enhancements in UV indices of 30%-80% over midlatitudes, suggesting widespread damage to human health, agriculture, and terrestrial and aquatic ecosystems. Killing frosts would reduce growing seasons by 10-40 days per year for 5 years. Surface temperatures would be reduced for more than 25 years due to thermal inertia and albedo effects in the ocean and expanded sea ice.

The combined cooling and enhanced UV would put significant pressures on global food supplies and could trigger a global nuclear famine.

OpenSky is the home for NCAR/UCAR research and historical materials as well as other collections of digital assets. 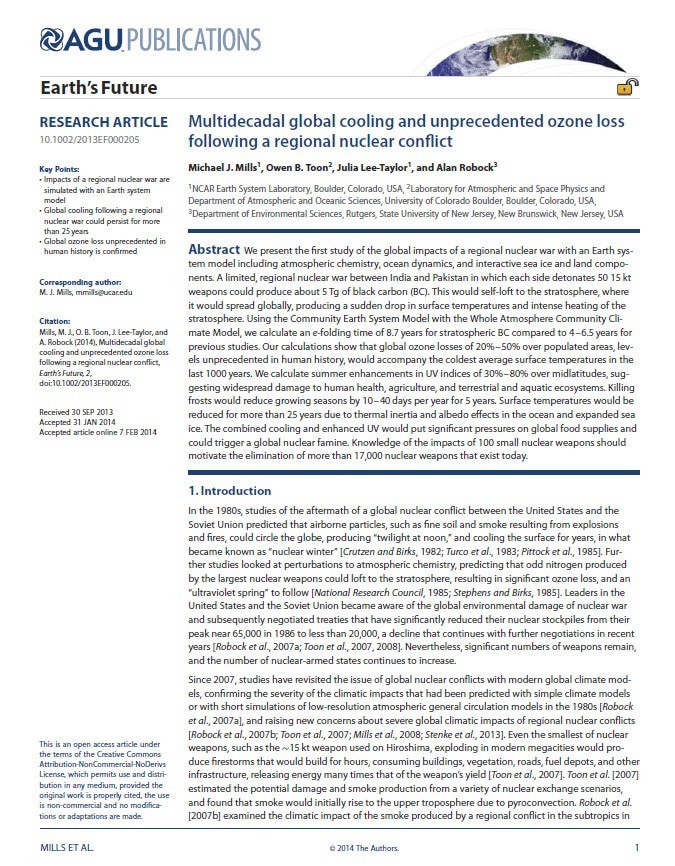 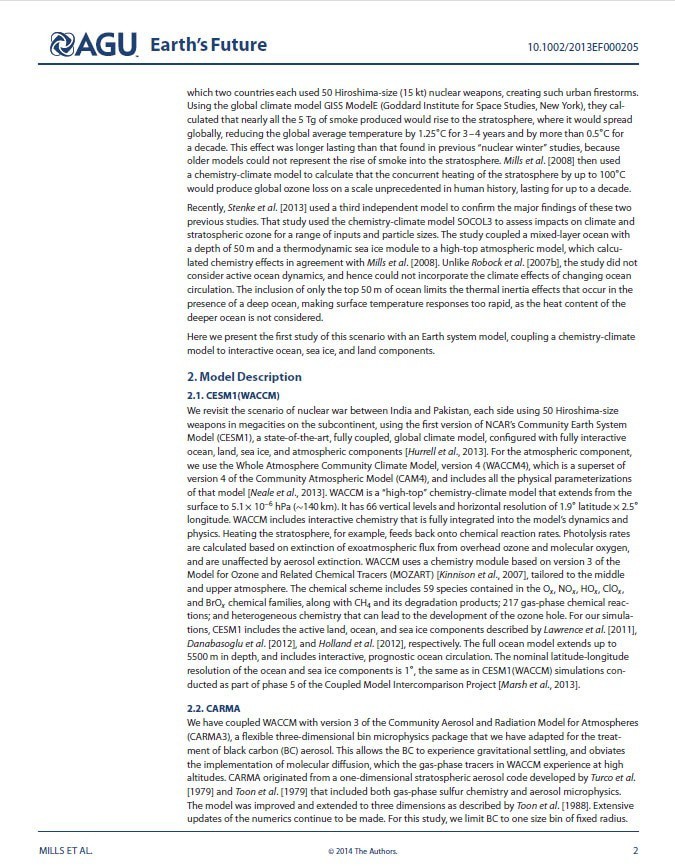 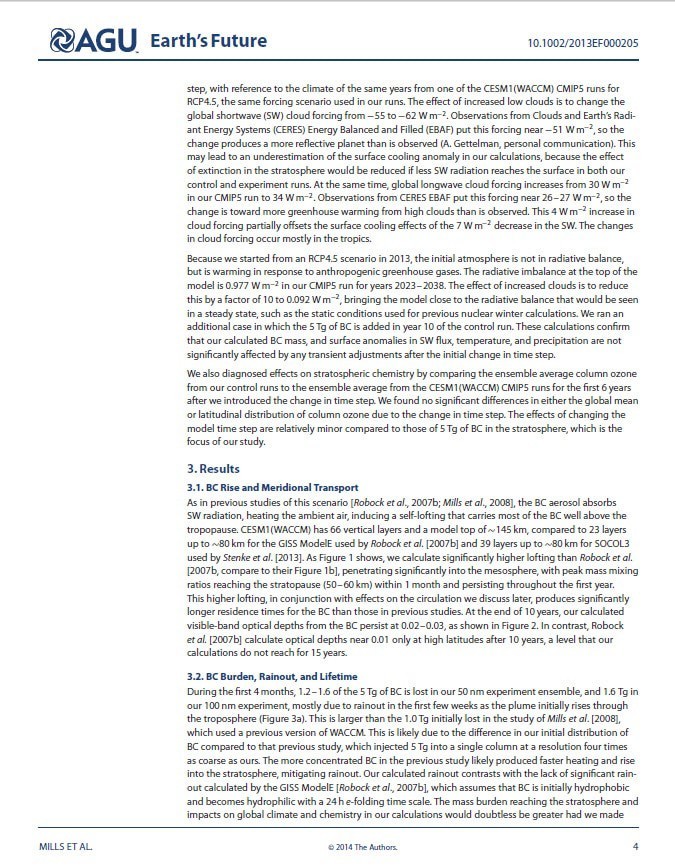