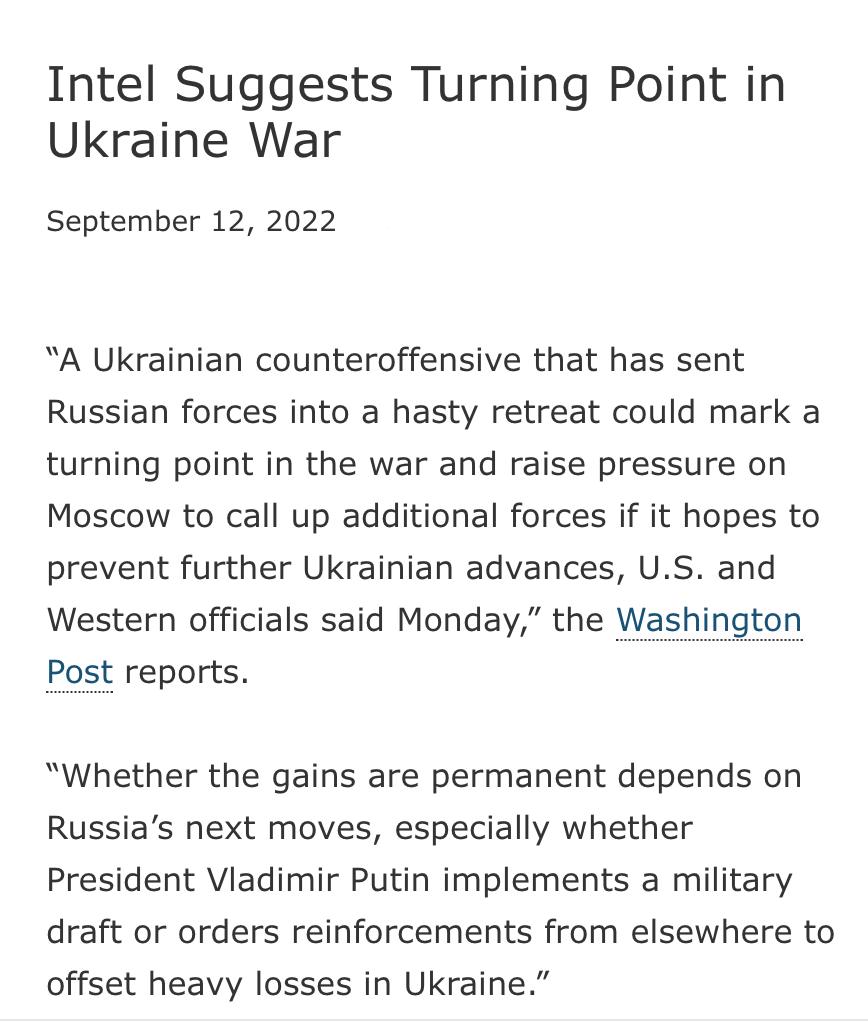 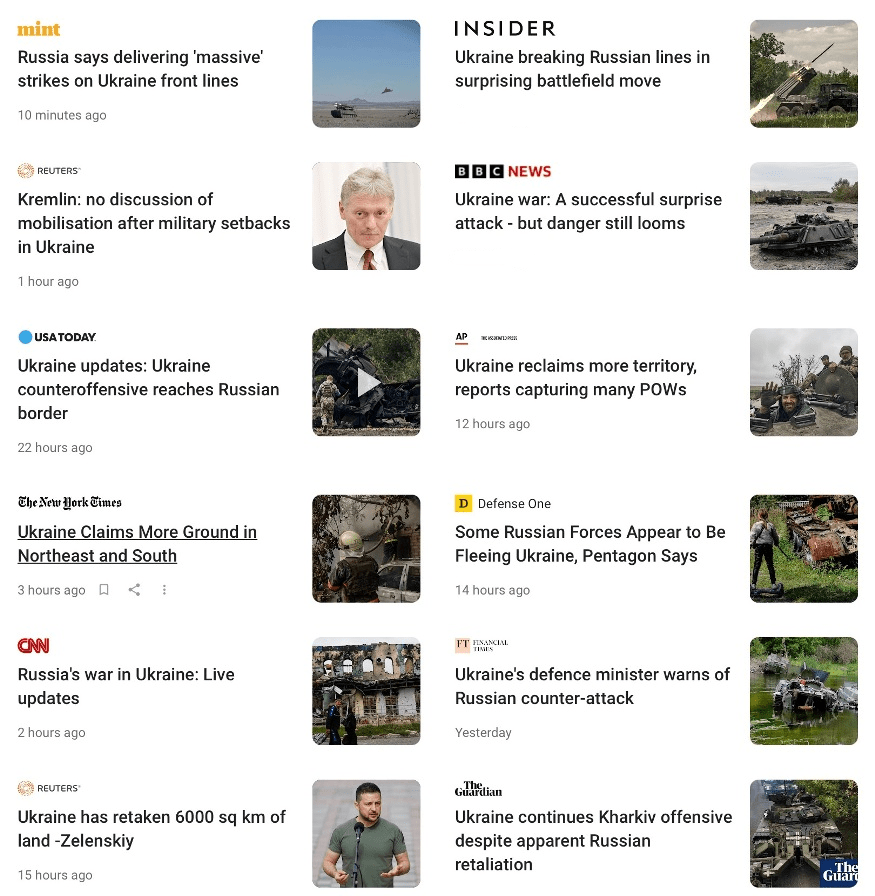 “Whether the (Ukrainian) gains are permanent depends on Russia’s next moves, especially whether President Vladimir Putin implements a military draft or orders reinforcements from elsewhere to offset heavy losses in Ukraine.”

Eyes in the Sky

‘Smart war’ with intelligence directed from above 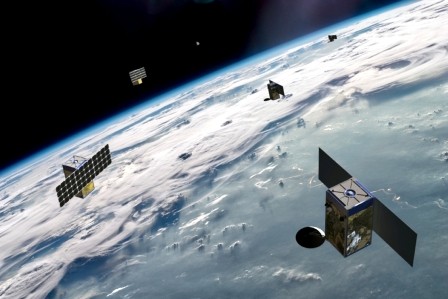 If you were to look up over much of eastern and southern Ukraine, you wouldn’t see them but they are there, the new weapons of war. Flocks’ and ‘constellations’ of private-sector satellites have changed the way modern war is conducted and Ukraine is a case study.

Previously feared battlefield weapon systems are being rendered now as easy targets — identifiable, targetable and destroyable. Tanks and armored vehicles are viewed from satellites positioned on government order by contracted geospatial imagery companies with names such as Maxar, BlackSky, Planet and Satellogic.

The U.S. National Reconnaissance Office (NRO) has contracted with top ‘new space’ ventures that are privately held to provide the U.S. and now, as a Russia-Ukraine war is waged, the Ukrainian forces with ‘eyes in the sky’. The U.S. and allied governments have conducted intelligence gathering, both for strategic reasons and for tactical support and battlefield coordination.

The targeting by satellite, relayed to in-field forces, has proven to be game-changing.

Estimates of spending in the region of $5 billion dollars in contracts to publicly traded companies evidence the extent of governments shifting their war planning and war waging to smart technologies that can, with precision, spot, track and provide the targeting to destroy.

Armored divisions, previously Russia’s professed in-field strength and projected power, are finding themselves and their crews vulnerable. The reported losses have been staggering and the word of these losses is spreading with morale dropping in turn. Older tanks are being shipped to Ukraine now by rail as in-field inventory devastated.

“You are being watched”

There is no way to hide when high resolution cameras with wide-band digital spectrum capabilities can see through clouds and covers (via infrared capabilities) day and night. They watch 24/7 for signature movements, engine heat is a favorite and diesel engines powering armored vehicles run hot. When armored vehicles begin firing its weapons or take to roads and highways to attempt to escape, the eyes in the sky zoom in quickly.

Once identified and geospatially targeted within meters by GPS coordinates provided from afar to tactical on-ground and airborne tactical units operated by Ukrainian forces, the Russian tanks and armor are no longer force multipliers, but rather forces rendered obsolete.

The war in Ukraine has shifted. Regiments and divisions led by columns of tanks, then ‘re-deployed’ tanks in forests, then tanks and armored columns ‘shifting’ eastward in the self-described “special operation” are finding the Zs painted on their armor and not the only signature they have…

— Strategic Demands, ‘After Six Months of War: A Deadly and Changing Battlefield in Ukraine’