The speech by Russia’s president, it can be said, was not a surprise. Russia’s war against Ukraine was not, by any account, progressing the way the Russians expected and a shift in tactics was expected. What wasn’t expected was the mobilization of 300,000 reserves and a new wave of nuclear weapons threats 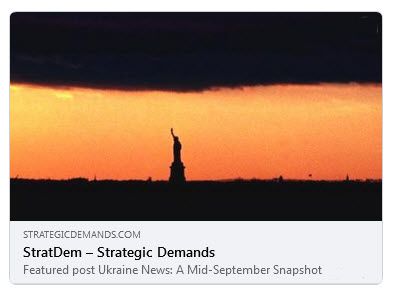 As one of StratDem’s core missions, we continue to focus on escalating nuclear weapons use threats.

What we see today is President Putin moving to declare parts of Russian-occupied Ukraine as legally Russian national territory. Then, after annexing these parts of Ukraine, we see a move to give NATO/Europe/US an ultimatum that *attacks in the Donbas region etc will be considered attacking the Russian nation, a nuclear-armed Russia.

Let that sink in…. 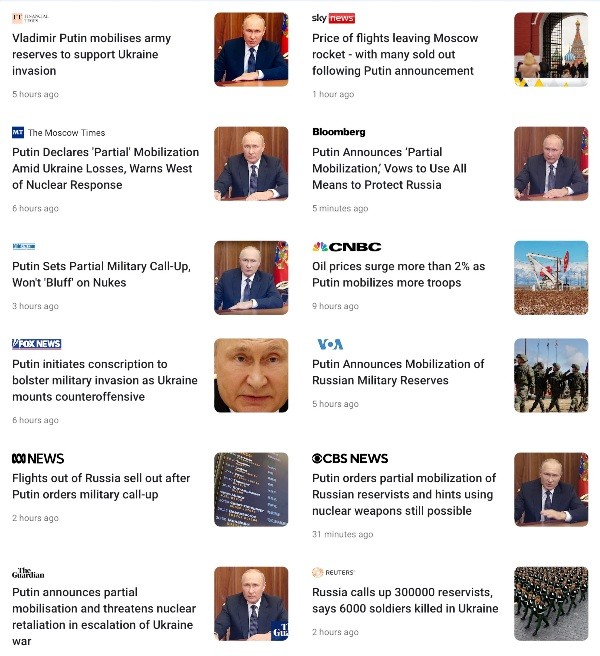 Next up, Referendums, Annexation — and Ultimatums 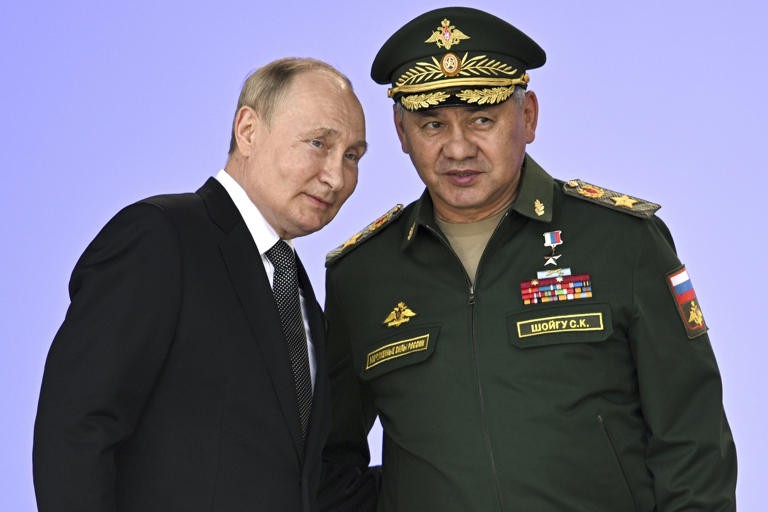 “Following those referendums, Russia of course will respect the expression of the will of those people who for many long years have been suffering from the abuses of the neo-Nazi regime,” Lavrov said at a news conference after he addressed the UN assembly.

Asked if Russia would have grounds for using nuclear weapons to defend annexed regions of Ukraine, Lavrov said Russian territory, including territory “further enshrined” in Russia’s constitution in the future, “is under the full protection of the state.”

“All of the laws, doctrines, concepts and strategies of the Russian Federation apply to all of its territory,” he said, also referring specifically to Russia’s doctrine on the use of nuclear weapons. 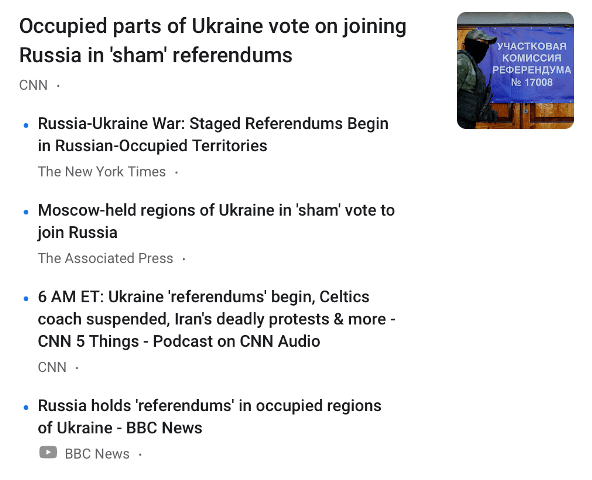 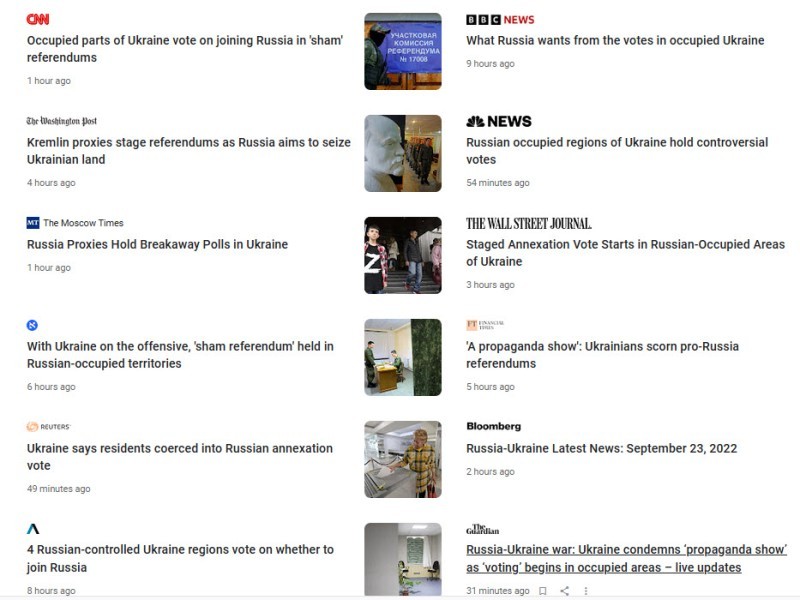 Russian President Putin: If the territorial integrity of Russia is threatened, the Kremlin would — “certainly use all the means at our disposal to protect Russia and our people. It is not a bluff.”

Former Russian president Dmitry Medvedev, now deputy chairman of Russia’s Security Council, said on Thursday that any weapons in Moscow’s arsenal, including strategic nuclear weapons, could be used to defend territories incorporated in Russia from Ukraine.

Medvedev said that referendums being organised by Russian-installed and separatist authorities in large swathes of Russian-occupied Ukrainian territory will take place, and that “there is no going back”:

“The Donbas (Donetsk and Luhansk) republics and other territories will be accepted into Russia.”

Medvedev said the protection of all the territories would be significantly strengthened by the Russian armed forces, adding:

“Russia has announced that not only mobilisation capabilities, but also any Russian weapons, including strategic nuclear weapons and weapons based on new principles, could be used for such protection.”

In a post on Telegram, Medvedev vowed to defend the annexed land, using not only its newly mobilized forces, but also “any Russian weapon, including strategic nuclear ones and those using new principles,” a reference to hypersonic weapons.