Eurasian Great Game; Eurasia Strategy; One Belt, One Road; New Silk Road — call it what you will. The eyes of the West are opening. Alternatives to and for the Eurodollar and Petrodollar are real, markets are shifting with new alliances. Yuan time. Next moves are strategic plays 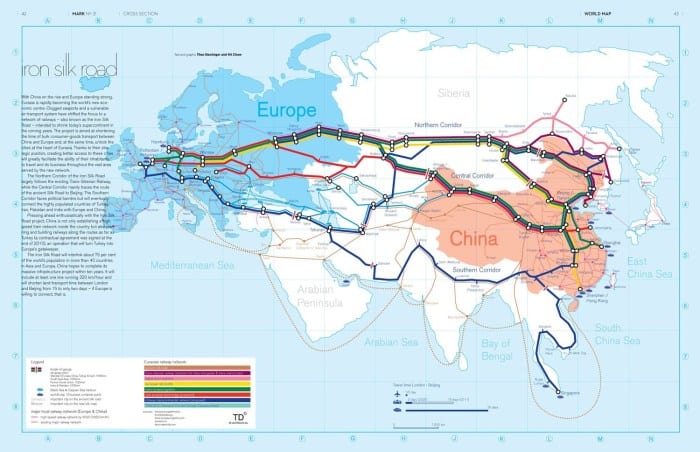 Eurasia and the “Silk Road” @StrategicDemands

Via the Financial Times

Mounting concerns over Chinese industrial policy, cyber security and trade wars have all combined to put Beijing firmly back on the European agenda.

To some in Brussels and member state capitals, this week’s discussion is the EU’s belated awakening to the new sway of China

“It has finally sunk in,” says one senior EU official. “While we were absorbed in our own crises for 10 years, the GDP of China soared and Trump was elected. We entered a different game.”

There is also growing anxiety about the potential security threats of Chinese investment in sensitive parts of the EU economy. The reassurances from Beijing that these fears are groundless are increasingly falling on deaf ears. “It’s pretty shocking they have never found time to discuss this,” Fraser Cameron, director of the Brussels-based EU-Asia Centre think-tank, says of the EU leaders’ talks.

Ahead of the summit, the European Commission and the bloc’s diplomatic service has produced a new strategy document on China that makes unprecedented public criticisms — and threats. The ‘Strategic Outlook’ document brands Beijing a “systemic rival promoting alternative models of governance”, as well as an economic competitor and partner in some spheres. 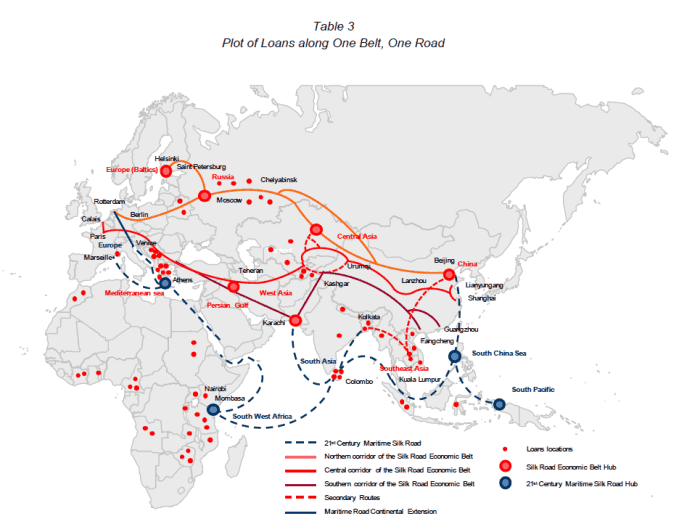 Via The Conversation / Italy Joins Chinese Road and Belt Initiative

Italy wants to enhance its “Made in Italy” brand through increasing trade – especially in the form of exports – to China. The BRI is seen as a vehicle to achieve this. Italy offers goods (in particular luxury goods and foodstuffs) that are attractive to China’s growing middle class and increasingly affluent population. 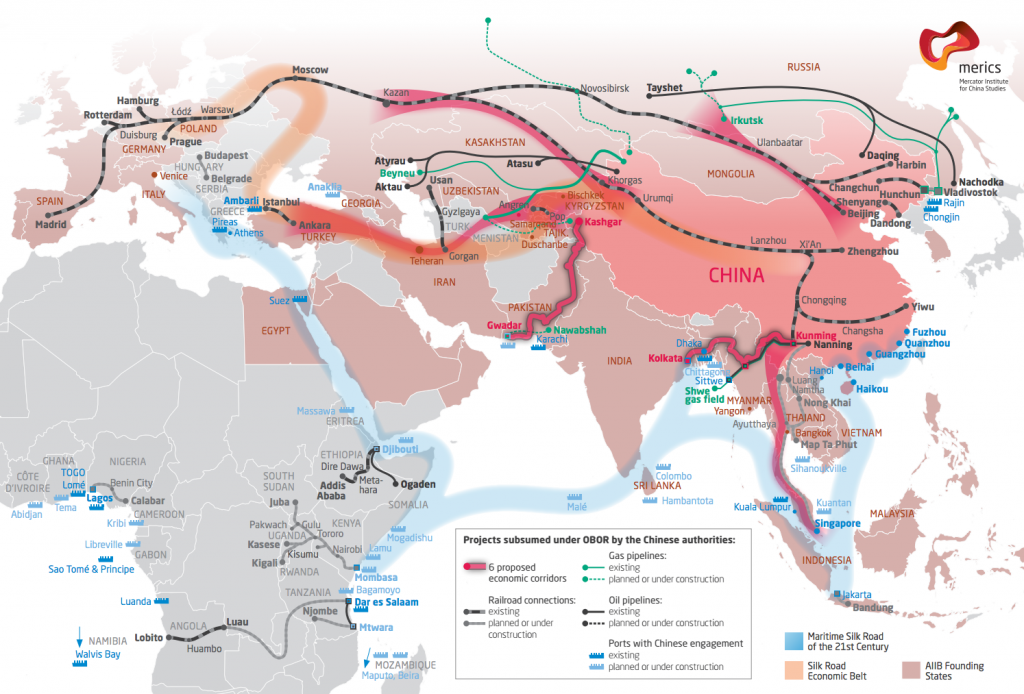 In a letter published in the Le Figaro newspaper, Xi called for more trade and investment between the two countries. He listed nuclear energy, aeronautics, space, and agriculture as industries with potential for deeper ties.

“French investors are welcome to share the opportunities of development in China,” Xi wrote. “I equally hope that Chinese companies can better succeed in France.”

Italy on Saturday became the first Group of Seven country to sign a “Belt and Road” memorandum, agreeing to cooperate in the Chinese-led initiative to build trade-promoting infrastructure across the planet.

France, on its part, doesn’t plan to sign any such memorandum though it seeks Chinese investment. President Emmanuel Macron Friday said the European Union needed to approach relations with China together and not as individual countries.

President’s team selection suggests he plans to put his infrastructure development programme front and centre during six-day trip to Italy, Monaco and France

European governments want to keep China engaged in the G20. Without the sort of willing support China offered in 2009, the G20 cannot serve as a credible insurance policy against the next global financial crisis.

The more the Trump administration hardens its stance against China, the more the outlines of an alternative European approach are taking shape. Future US policymakers may come to rue the day when President Trump drove Europeans to develop their own ‘Europe First’ policy towards China, with more pragmatic, hard-nosed policies that suit their economic and strategic interests.

It envisions new roads, high-speed rail, power plants, pipelines, ports and airports and telecommunications links that would boost commerce between China and 60 countries in Asia, Europe, the Middle East and North Africa. 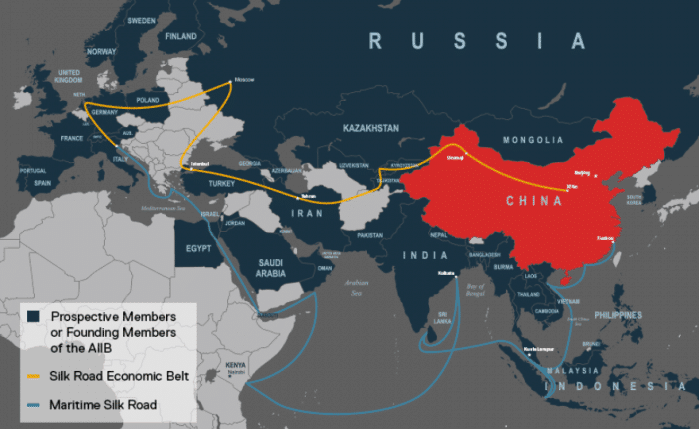 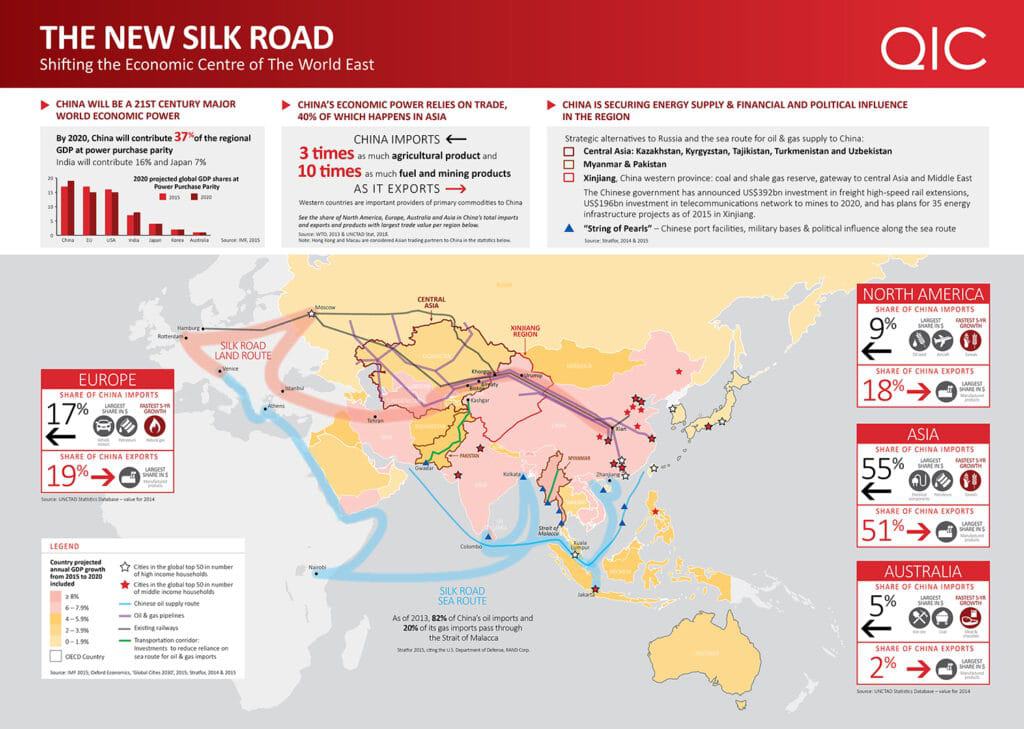 Brussels / March 22
“China plays on our divisions,” President Emmanuel Macron of France told reporters on Friday, adding that the European Union had finally woken up to China. “The period of European naïveté is over.”

Via EU Observer / Former Italian prime minister and head of the European Commission, Romano Prodi illustrates Beijing’s economic power by pointing out that China’s growth last year was equivalent to the entire GDP of Russia: “It is like saying that China grows a Russia a year,” Prodi said in an interview in the political review Il Mulino.

Prodi added that Chinese scientists now publish more in international academic journals than Americans do. “China has launched a global challenge, which spans from space science to molecular biology.”

“At this point one has to ask the question: Is it conceivable that such a strong country, with such an important international influence, should give up on the temptation to sooner or later also use power politics? It is hard to answer, but the question is important.”

“I think anything new will have a development process,” China Vice Foreign Minister Wang Chao told a news briefing when asked about the signing controversy in Italy.

“It is hard to avoid misunderstandings occurring during the process of advancing the construction of the Belt and Road. Of course, the facts are the best proof.” More than 150 countries, regions and international groups have already signed BRI cooperation pacts bringing some benefits to all, he added.

A bridge, a border, and the Belt and Road

Missing link in China’s Silk Road Economic Belt, the Amur highway bridge – the first of its kind, a link connecting a continent…

According to Song Kui, a researcher of the Heilongjiang Provincial Academy of Social Sciences, the bridge will play a significant part in promoting trade globally and in northeast Asia.

According to Chinese state media, the bridge is expected to contribute to a ten-fold increase in cargo turnover between the two countries.

EU dilemma: how to deal with China / Op-Ed

The EC shows how in 2017 – the latest available figures – the EU was “China’s largest partner with a share of 13% of imports of goods in China and a share of 16% of exports of goods from China.” At the same time, the EC stresses that China is an “economic competitor” and “a systemic rival promoting alternative models of governance…”

Coming from the EC/EU, support for “effective multilateralism with the United Nations at its core” is the norm – with China fully integrated…

Beijing is praised for its support for the Iran nuclear deal, its role in the denuclearization of North Korea, its upcoming role in the peace process in Afghanistan and tackling the Rohingya crisis in Myanmar. The real problem, predictably, is China’s maritime claims in the South China Sea…

Virtually no one apart from Brussels Eurocrats knows about the existence of an “EU Strategy on Connecting Europe and Asia.” That’s one of those joint communiqués that no one reads, issued late last year, “enabling the Union to seek synergies between the EU and third countries, including China, in transport, energy and digital connectivity, on the basis of international norms and standards.”

Curiously, in the EC report, there’s no mention whatsoever of the New Silk Road, or Belt and Road Initiative (BRI) – which happens to be China’s synergy masterplan for the whole of Eurasia. We could define it as Globalization 3.0 …

The US Deep State may have lumped BRI – along with Made in China 2025 and Huawei’s 5G – as part of an “existential threat”; but that’s not the case for most EU latitudes, from Greece and Portugal to German industrialists and the new Lega/Five Stars administration in Rome.

Brussels very well knows that Washington will punish any “ally” who gets too close to Beijing. It’s never enough to be reminded that the list of economic “threats” to the US features, in that order, China, Russia and Germany. And Italy is now caught in the crossfire – because it is committed to good economic relations with both China and Russia.

Rome has already sent a clear message to Brussels; beyond any EU common “resolve” facing China, what matters is the Italian national economic interest in, for instance, linking the ports of Venice, Trieste and Genoa to the New Silk Road.

Among the top 10 schools of engineering, China and the United States now each have four. In STEM subjects (Science, Technology, Engineering, and Mathematics), which provide the core competencies driving advances in the fastest-growing sectors of modern economies, China annually graduates four times as many students as the United States (1.3 million vs. 300,000).

By 2016, China’s GDP was $21 trillion and America’s was $18.5 trillion, when measured by purchasing power parity (PPP), which both the CIA and IMF agree is the best yardstick for comparing national economies. (2017 / Boston Globe)

Countries with the Most STEM Graduates / Infographic. (2017 / Forbes)

The Belt and Road Initiative (BRI)

As currently planned, the BRI will involve some 7,000 separate infrastructure or extractive industry projects scattered across 70-odd nations… It’ll span half the planet — from Asia to Africa, Europe and the South Pacific. It’ll affect every facet of human endeavor, in one way or another.

The BRI will be one of the main means by which China attempts to supplant the U.S. dollar and other major international currencies with the Yuan as the primary currency of global trade.

In terms of climate change, one of the biggest impacts will be all the habitat loss and degradation that will occur as a result of so much infrastructure — new roads and other projects that will open up vast new frontiers for land-clearing, logging, mining, fires, land speculation and other human pressures. 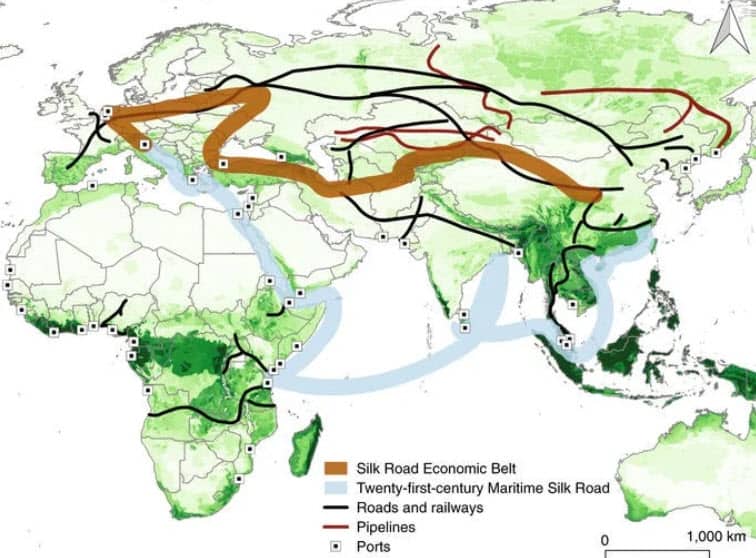