In Nagasaki and Hiroshima, Pope urges abolition of nuclear weapons

Catholic Doctrine on Nuclear Weapons / Ban the Bomb. Pope Francis: ”With deep conviction I wish once more to declare that the use of atomic energy for purposes of war is today, more than ever, a crime not only against the dignity of human beings but against any possible future for our common home….

We will be judged on this. Future generations will rise to condemn our failure if we spoke of peace but did not act to bring it about among the peoples of the earth. How can we speak of peace even as we build terrifying new weapons of war? ” 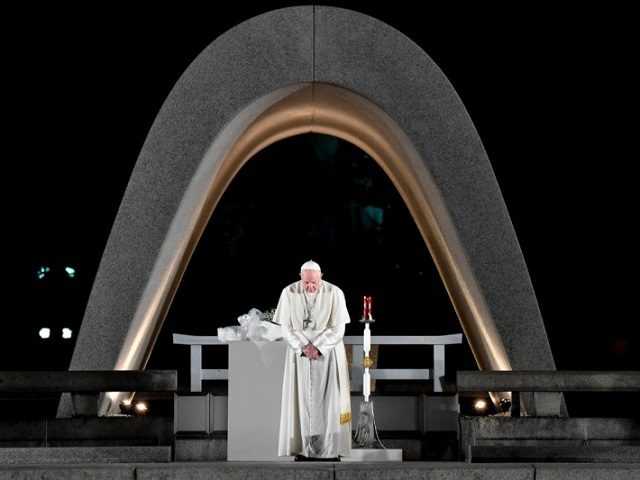 Pope Francis has made an impassioned appeal for the abolition of nuclear weapons during a visit to Nagasaki, one of the two Japanese cities targeted by atomic bombs during World War Two.”

He decried the “unspeakable horror” of nuclear weapons and insisted they were “not the answer” for global peace.

In a sombre ceremony, the Pope unequivocally condemned the use of nuclear weapons.

In Hiroshima, Pope Francis declared the use and possession of atomic weapons “immoral.”

The use of atomic energy for purposes of war is immoral, just as the possessing of nuclear weapons is immoral, as I already said two years ago. 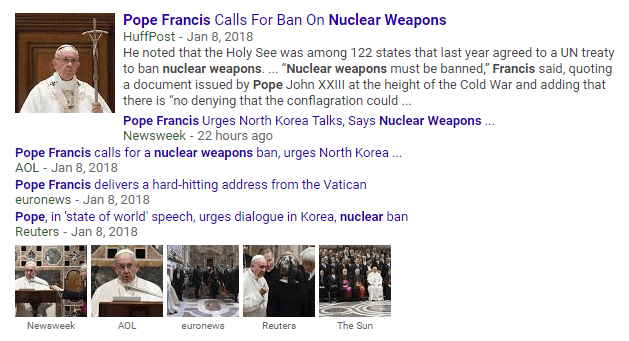