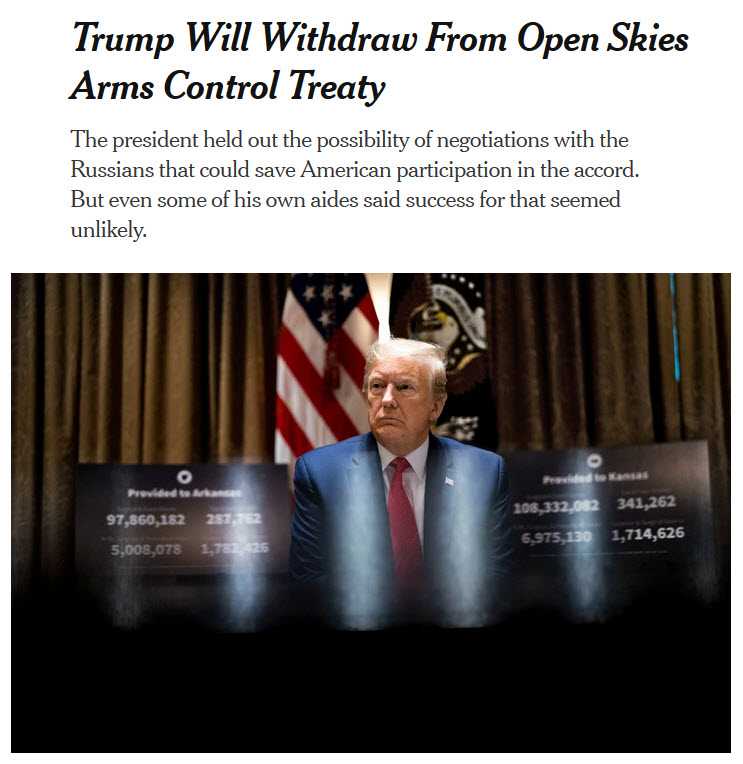 The collapsing of international arms control agreements, one after another, delivers a new version of the ‘domino theory’, a beyond-a-game version of nuclear proliferation and a 21st century arms race that is now multilateral and out of control.

We are witnessing a wreck among nations triggered and set off by the current US administration. America First was a campaign slogan, now it’s an escalating and chaotic set of US policy decision that, since the 2016 election, have gathered speed and momentum. Anger, suspicion, hate are on the march. Peace initiatives and international cooperation have become rare commodities.

The threat horizon across the planet is darkening, this is evident without question, but searching through an information storm of collapsed ‘dominoes’ and attempting to track the inter-related threats and vectors of what’s moving closer to near and present danger, presents a task beyond individual human grasp.

Yet, there are those (and their newly developed intelligent systems) trying to cast light on the darkening times.

Let’s take a look at one intelligence system model that stands out in the arena of strategic demands. Datayo is an ‘open source’ model taking on the challenge of intel needed for rational decision-making.

After all, if there are now smart cars navigating the roads, why not smart humans navigating human events?

Why not chart a new course with a new vision?

Datayo is a model for identifying, tracking, understanding and addressing emerging threats to humanity.

Many of the most serious threats are pulsing BLIPS not emerging threats, and we see these threats in a darkening horizon.

Nations retreating from cooperative agreements and war games, escalations, threats, provocations. The connections, threads and patterns need to be revealed. The new world of big data can do this.

The existential threats ignored by leaders retreating to old definitions of national security — blame, hate, militarization — can be called out as proposition of losers.

The Datayo model stands out these days as it advances new definitions of national security, a real-world vision of winning.

The tools for the next generation of decisions are now in our hands.

Datayo is in a first phase of introduction. It is a case study, a model for empowering knowledge-based, informed citizens.

More information, more effectively leveraged, can lead to better outcomes in the international security sphere in general and the nonproliferation domain in particular. When analyzed, visualized, and translated into stories data has the power to drive attention and force global actions that are just and equitable.