“National Security” demands an expanded definition going forward into the 21st century as a result of changing environmental conditions, the dynamics of interactive networks, and new means and open methods of sharing critical environmental information.

New Definitions of National Security for the 21st Century 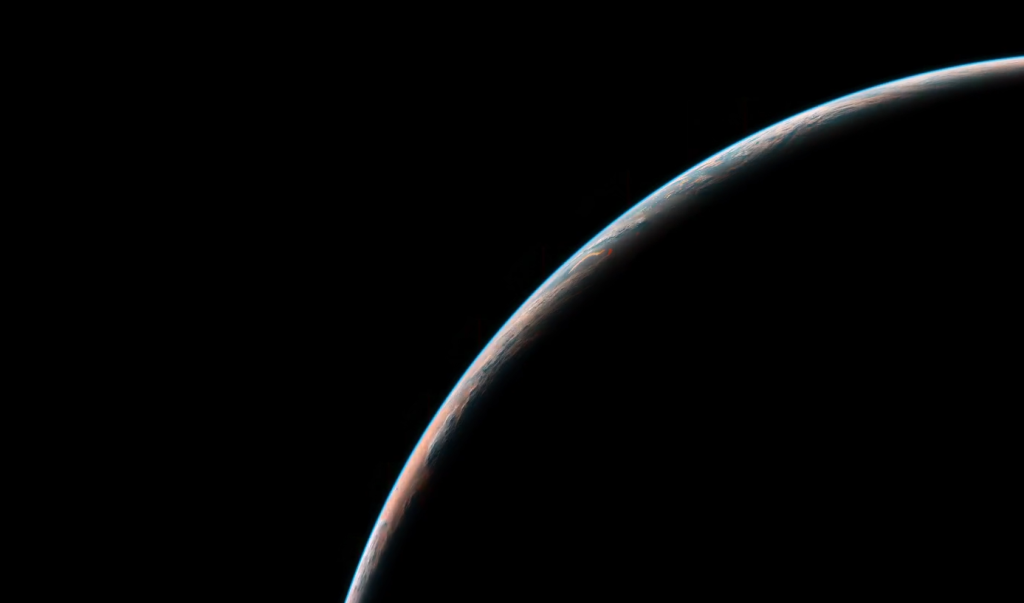 An astronaut’s view and astronaut’s “razor’s edge” words to communicate how thin is the planet’s atmosphere.

A sense of understanding and awareness of how narrow is the natural environment that protects all of life on the planet.

The reality? This protective “Commons” is the responsibility of all to sustain. The reality of this challenge is not easily communicated in words or grasped on the ground — yet from above there is an overview, a god-like vision of a fragile, global/international, life-enabling system that touches all people and communities. The Commons is the challenge of the 21st century and new definitions, perspectives, and security solutions are demanded. 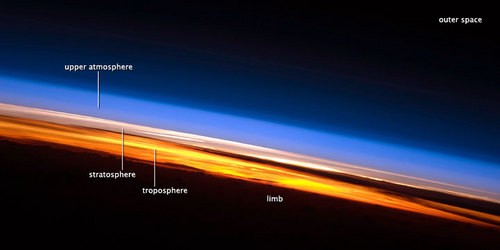 This is a limited ‘body of air’ that comprises the sum total of life-enabling environmental protection for all life on earth.

A realization concomitantly coming into view via measurements from space and ‘ground truth’ verification is that the human race is conducting an immense experiment, a form of atmospheric testing as we discharge increasing volumes of industrial emissions (“externalities”) into a finite atmosphere.

Recent voyages of the International Space Station/ISS give profound glimpses, visual representations of the extent of the atmospheric layer of life-enabling atmosphere. Astronauts, one after another, have been moved to point out the impact on them as they look out the windows of the Space Station to see (and experience a realization of) the narrow layer of the atmosphere.

Earth-facing (#EarthPOV) imagery begins to communicate the “thin blue” that separates the biosphere of the planet from “the vacuum of space”, as International Space Station astronaut Alexander Gerst recently “tweeted” with accompanying photos. The reality, as seen thru Astronaut’s eyes, is now being shared, networked, linked to, grasped in ways that were never before possible or available. The consequence of atmospheric science and #Earth360 view is a rising awareness in a security frontier that encompasses all people, nations, and communities.

Strategic Demands is taking a point role in distributing a security concept of a “thin blue layer” surrounding the “blue planet.”

With accompanying photos and spectra, video and high definition imagery, we will be forwarding a blue eco-security message via the Internet and Worldwide Web networking.

The realization that comes with images expresses a reality of atmospheric limitation and an awareness of a security threat that transcends historic ‘national security’ threats. Strategic Demands will be developing a public awareness of this security concept in association with the scientific community and recent satellite-earth observation missions — a body of thought, a paradigm, to revise and extend traditional national security interests.

New environmental risks have come onto the radar. 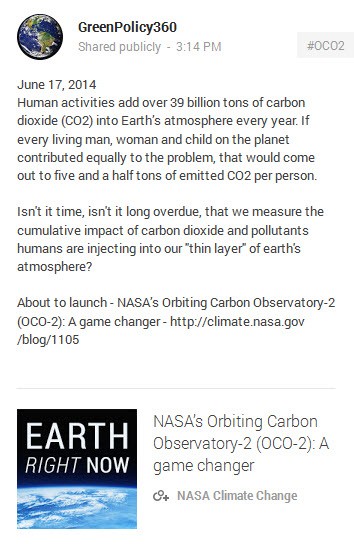