Another legislative attempt to bring sanity into nuclear weapons policy. Being ‘on the brink’ of disaster is not rational policy. A new nuclear arms race is accelerating. Threats and chaos dominate U.S. foreign policy. Risks are multiplying and strategic opportunities lost in clicks of daily crisis.

It is time to change course …

Rep. Ted Lieu (D-Calif.) and Sen. Ed Markey (D-Mass.) on Tuesday announced that they will reintroduce a bill that would stop the president from being able to launch a first strike nuclear attack without first having congressional approval.

At a press conference announcing the legislation, Lieu said the bill is needed because President Trump is “unpredictable and rash.”

“We introduced this bill under the Obama administration but Trump’s presidency has highlighted just how scary it is that any president has the authority to launch a nuke without congressional consultation.” 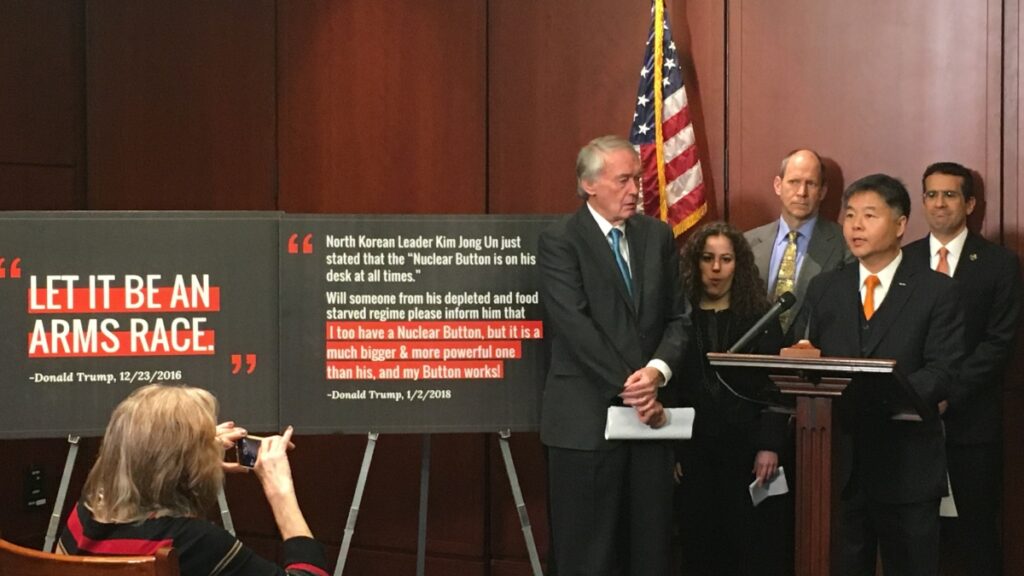 Legislation introduced by Democratic lawmakers in the House and Senate on Wednesday would bar the United States from using a nuclear weapon unless attacked with one first, demonstrating growing momentum for anti-nuclear sentiments on the left in the lead-up to the 2020 presidential election.

Sen. Elizabeth Warren (D-Mass.), a 2020 presidential contender, and Rep. Adam Smith (D-Wash.), the chairman of the House Armed Services Committee, introduced the No First Use Act in their respective chambers to codify in law what they said “most Americans already believe — that the United States should never initiate a nuclear war.”

We should never be the first to use a nuclear weapon in a conflict. I'm proud to join with @RepAdamSmith, Chairman of @HASCDemocrats, to introduce a bill that formalizes what most Americans already believe: the United States should never initiate a nuclear war. #NoFirstUse

I’ll keep fighting for a world without nuclear weapons. In the meantime, we must take real steps to reduce the likelihood of nuclear conflict. No President – Republican or Democrat – should be able to unilaterally start a nuclear war.https://t.co/7Y0LBXvIDH

Sen. Edward J. Markey (D-Mass.) and Rep. Ted Lieu (D-Calif.) this week reintroduced a bill they had put forth before that would prevent the president from launching a nuclear first strike without congressional approval. Theoretically, the president must receive approval from Congress to declare war, but past presidents have found legal grounds to take military action without that sign-off.

RESTRICTING FIRST USE OF NUCLEAR WEAPONS ACT OF 2017

The Trump administration determined that a “no first use” policy was not warranted when it released its nuclear weapons policy in early 2018. The policy said the United States would consider employment of nuclear weapons only in extreme circumstances, which could include “significant nonnuclear strategic attacks,” such as attacks on infrastructure, nuclear forces, their command and control or warning capabilities.

“To help preserve deterrence and the assurance of allies and partners, the United States has never adopted a ‘no first use’ policy and, given the contemporary threat environment, such a policy is not justified today,” the Trump administration’s Nuclear Posture Review concluded.

The U.S President with Singular Authority to Launch Nuclear Weapons 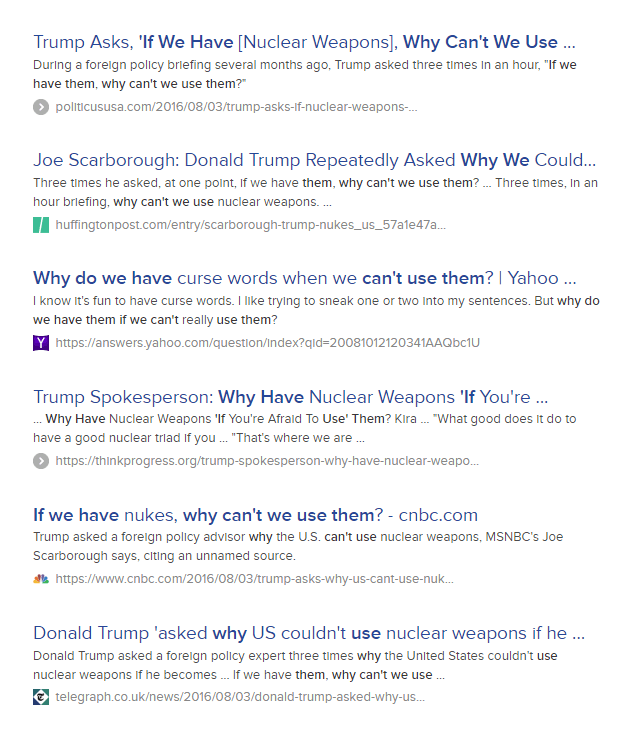