Do Nukes Matter: To Nuke or Not to Nuke?

Foreign Affairs, published by the Council on Foreign Relations, asks the question.

Foreign Affairs speaks of nuclear weapons as if they can be rationally used.

They are purchased, deployed, and discussed on separate tracks from the rest of the foreign policy agenda, and they are largely ignored by nonspecialists, with little apparent consequence.

Strategic Demands replies… The consequence of nuclear weapons use is the ‘reality of midnight’.

It is time for New Definitions of Security, overarching @StrategicDemands. 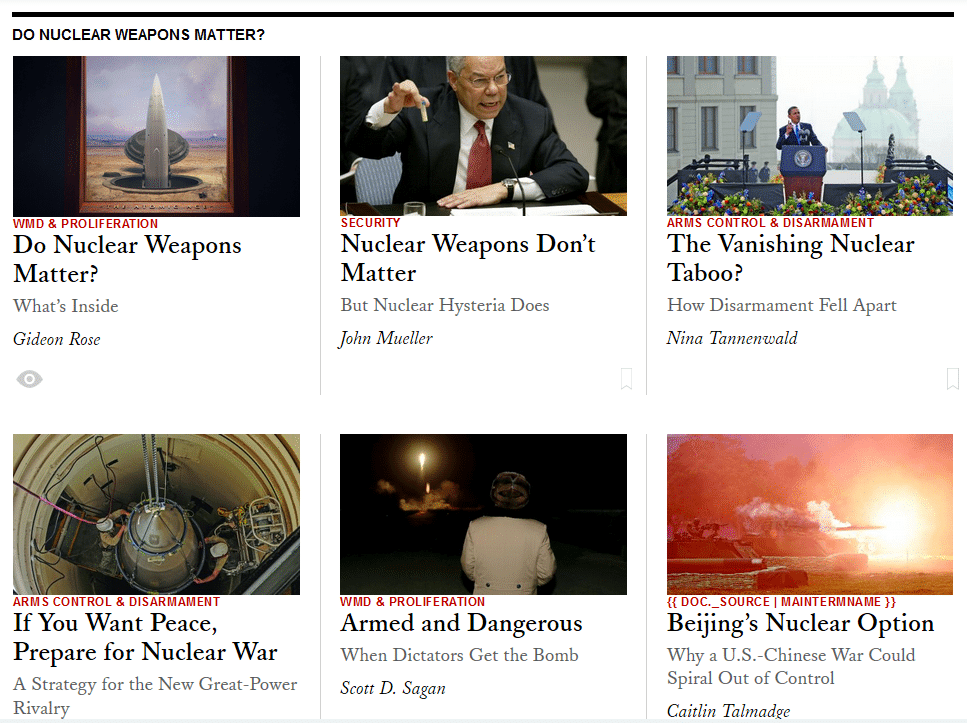