Strategic Demands: Looking Back at 2018

Forces of insecurity — wars and threats of war, tens of million migrating, rising nationalism, economic non-sustainability, nuclear rearmament, environmental disaster — are growing and gathering as attack vectors. Ready or not, the first two decades of the 21st Century are delivering an ominous horizon of threats, a lack of risk assessment, breakdown in global cooperation, and stark reality of failed moves toward accelerated action.

Threats to national and global security are real. The nations and communities of the world face a “clear and present danger”.

This is the year we learned that the 2015 Paris Agreement on global warming won’t be enough to forestall significant impacts of climate change.

And a new field of research explicitly attributed some extreme weather events to human-caused climate change.

This one-two punch made it clear that climate change isn’t just something to worry about in the coming decades. It’s already here.

And in the United States, the only country to announce its withdrawal from the international Paris climate agreement, a climate change report released on November 23 by hundreds of U.S. climate scientists from 13 federal agencies put a price tag on many of the effects for the United States.

The report predicts the country’s economy will shrink by as much as 10 percent by 2100 if global warming continues on its current trajectory.

The U.S. president ‘doesn’t agree‘ with the climate change report from the agencies and science experts of the U.S. government and educational institutions.

Climate simulations suggest that Earth will reach the 1.5 degree threshold within a decade. And even if countries were to agree to limit warming to that level, the planet would almost certainly surpass it before the warming reversed, due to the realities of how quickly emissions can be reduced. Passing that target will probably lead to some irreversible changes, such as melted glaciers and species losses. To overshoot the mark by only a small amount, or not at all, requires reducing emissions by about 45 percent relative to 2010 levels by the year 2030. The planet would then be able to reach net zero, when the amount of carbon released to the atmosphere is balanced by the amount removed, by around 2050, the IPCC report notes.

To bring warming back down below the 1.5 degree target by the end of the century, the world will need negative emissions technologies to remove large amounts of carbon dioxide from the atmosphere. 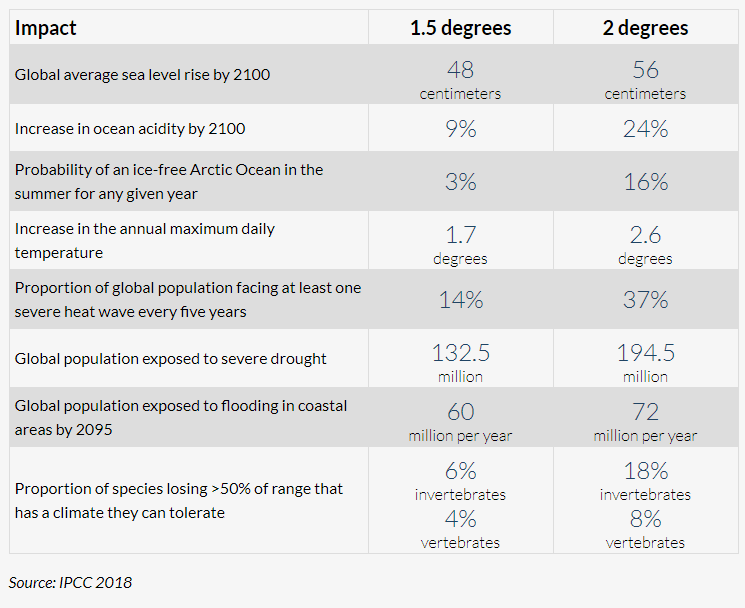 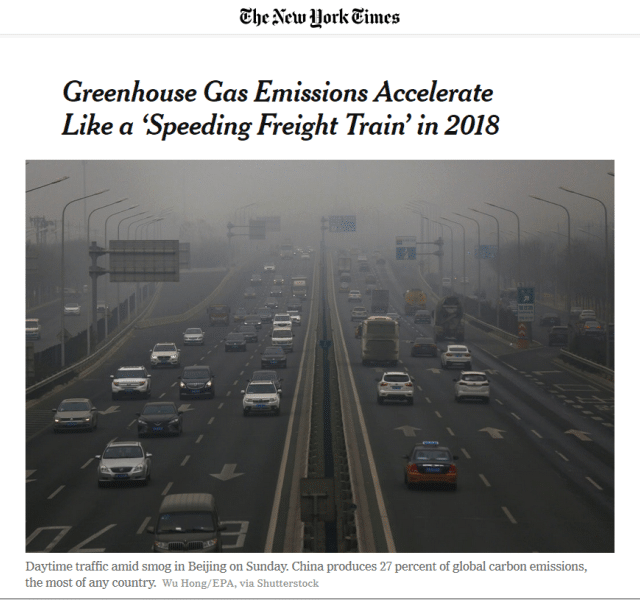 “Regarding the question as to climate change, I think the President was fairly straightforward. We’re not spending money on that anymore; we consider that to be a waste of your money to go out and do that.”

North Korea said Thursday (December 20) it will never unilaterally give up its nuclear weapons unless the United States removes its nuclear threat first. The statement carried by the official Korean Central News Agency came amid a deadlock in nuclear negotiations between the United States and North Korea over the sequencing of the denuclearization process and removal of international sanctions.

“The United States must now recognize the accurate meaning of the denuclearization of the Korean Peninsula, and especially, must study geography,” the statement said.

In Thursday’s statement, the North made clear it’s sticking to its traditional stance on denuclearization. It accused Washington of misleading what had been agreed on in Singapore and driving the post-summit talks into an impasse.

Re: the growing threat of nuclear war:

“Now they are leaving the treaty on eliminating the short and middle-range missiles,” Putin said referring to the Trump administration. “What’s next? It’s hard to imagine how the situation will evolve. What if those missiles appear in Europe? What do we do then?”

Climate Conference of Parties (24) ends with much talk, not much walking the talk.

Via the World Resources Institute

After two bruising weeks, the world made just enough progress to set the Paris Agreement in motion… to submit climate commitments by 2020… to step up their ambitions… to articulate how their next climate national climate plans (INDCs) will respond to dire warnings of the latest IPCC Report… countries now have ‘common guidelines’ for how to report their progress… countries also agreed to regularly take stock of collective progress on curbing emissions, adapting to impacts, increasing and aligning investments, and addressing loss and damage.