The Day After the Debate

What a spectacle, what a veritable disaster last night’s U.S. presidential ‘debate’ turned out to be. Not unpredictably, but perhaps worse than most anyone had predicted, the Biden-Trump ninety minutes on-stage became a televised verbal brawl. Last night was frightening to witness

Today, across the U.S. and across the world, people and nations are speaking of a gathering crisis, political conflict, and what comes next, again realizing the tendencies of the U.S. president to be himself, for good and bad.

Last night, in the the first presidential debate, the “bully” came out as most stories in the news are reporting the day after the presidential debate. Adjectives fail in describing what was definitely not a reasoned ‘presidential’ debate, but rather an attack lacking only fists. 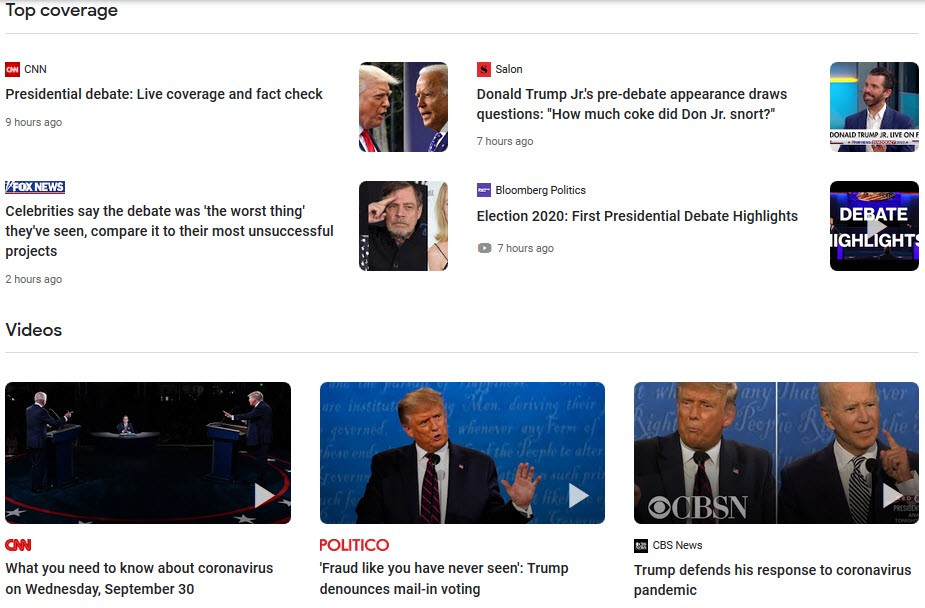 Our View: Donald Trump the bully and Joe Biden the acceptable stressed to Americans that the United States is infected with more than COVID-19 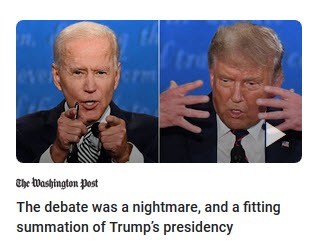 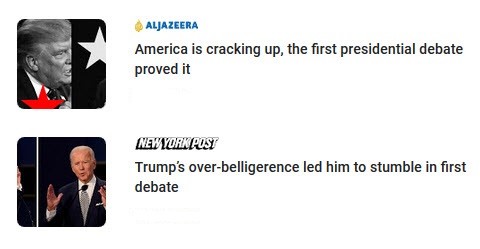 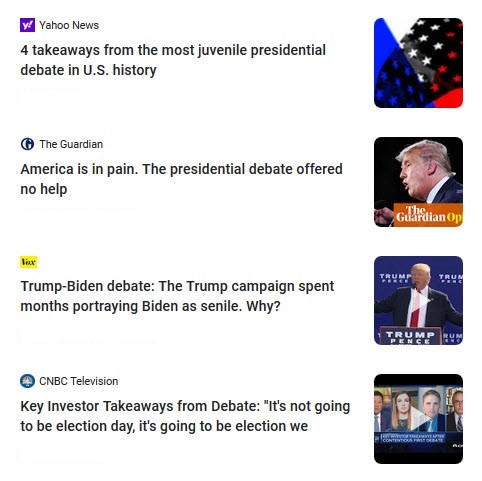 Loud, interrupting constantly, ignoring the debate rules, ignoring the Fox-moderator Chris Wallace, and shouting, pointing and threatening, the president waged a verbal war.  The former vice president was besieged from the debate’s first ‘segment’ (as it was called) with a barrage of misinformation that needed constant ‘fact-checking’, impossible given the format.

The president threatened not to leave office after the November 3rd election, again attacked the U.S. voting system and its legitimacy, said it could take weeks or months for ballots to be counted, and spoke of having supporters stand by and be ready (ready for what?)….

Across social networks, as live tweeting and messaging lit up, the watching audience raged and few could come away from the televised brawl with a sense of hope. The reality in the U.S. and world the day after is a nation deeply at risk and deeply divided.

As the saying goes in the West — ‘Buckle up Buckeroos’ — it’s going to be a hard, bumpy ride.

This ‘behooves’ us, StratDem as a strategic policy site, to look at a message about the commander-in-chief and nuclear weapons that came to us this morning. We are attaching it below. Laurence Tribe, professor of law at Harvard, sets the stage with his warning message and we follow up with yesterday’s news from Politico about the president ordering a ‘speed up’ in the arming of nuclear weapons delivery systems as he threatens to abandon the New START nuclear treaty.

This arena of existential risk, nuclear weapons, is at the core of Strategic Demands work and we have been warning of the emotional, impulsive tendencies of the current U.S. president since the inauguration, pointedly in the realm of  the president’s singular authority to order the launch of nuclear weapons.

Strategic Demands today, the day after the first 2020 presidential debate, again issues a solemn warning about the man with the launch codes… 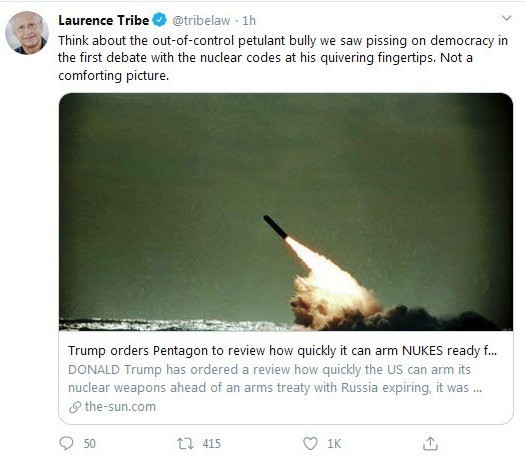 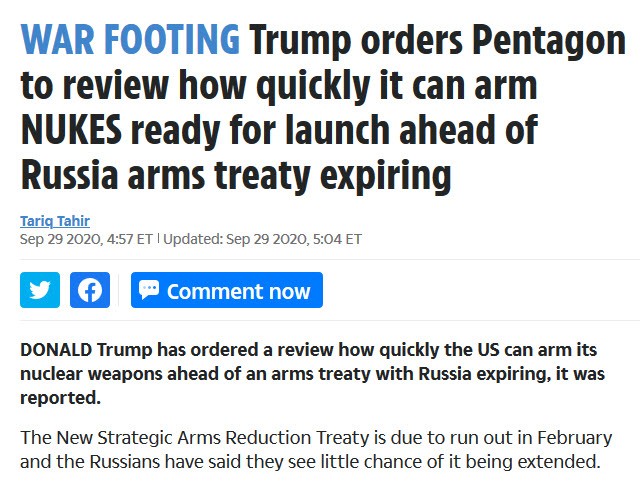 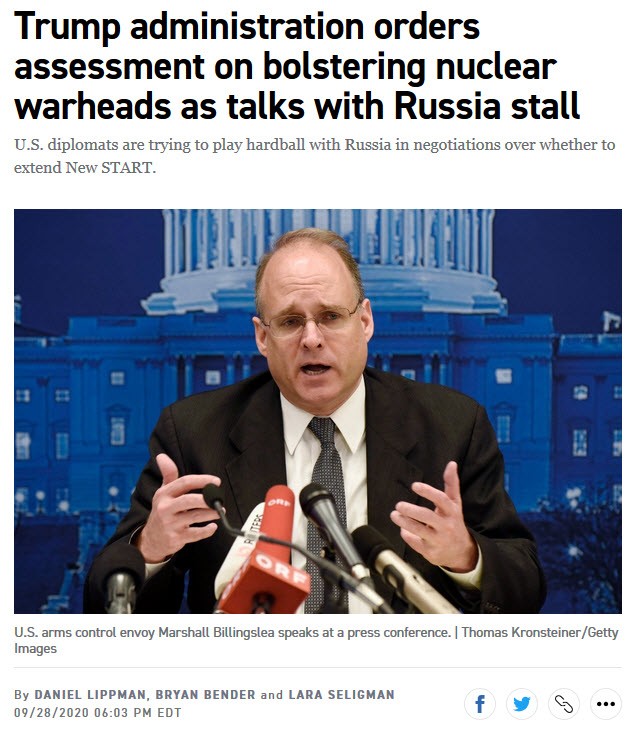