Flashback to ‘Time Enough at Last’

Burgess Meredith, the actor, in a classic Rod Serling ‘Twilight Zone’ … Henry was in the vault when the Bombs hit …. the story becomes relevant again as Russian media reports bellicose nuclear threats to turn the U.S. into ‘radioactive ash’ … today, a foreboding calculus of nuclear weapons escalates far beyond the Russian-Ukraine war …..

The best-laid plans of mice and men…and Henry Bemis, the small man in the glasses who wanted nothing but time. Henry Bemis, now just a part of a smashed landscape, just a piece of the rubble, just a fragment of what man has deeded to himself. Mr. Henry Bemis, in the Twilight Zone. 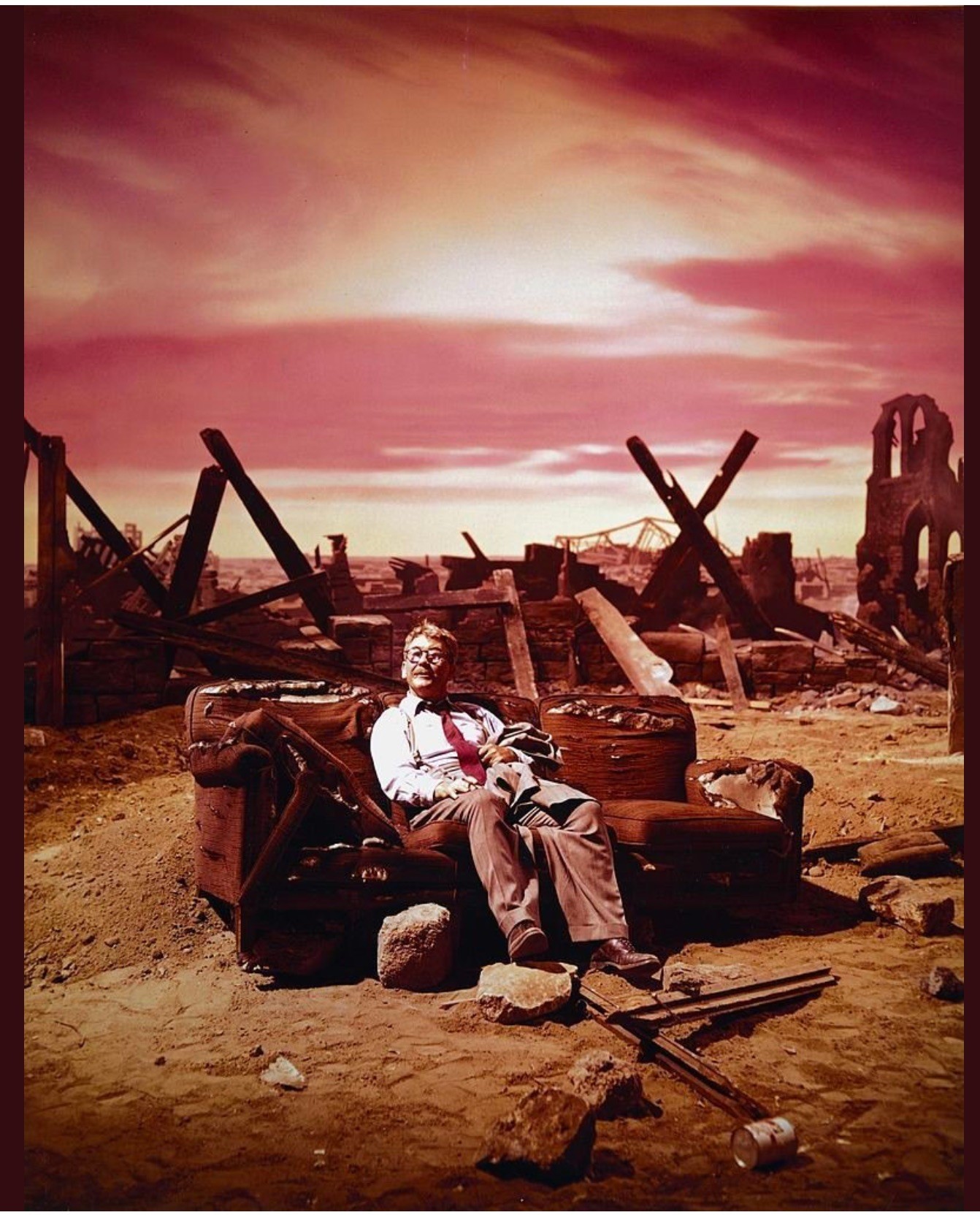 “Time Enough at Last” is the eighth episode of the American television anthology series The Twilight Zone. The episode was adapted from a short story written by Lynn Venable. The short story appeared in the January 1953 edition of the science fiction magazine If about seven years before the television episode first aired.

“Time Enough at Last” became one of the most famous episodes of the original Twilight Zone. It is “the story of a man who seeks salvation in the rubble of a ruined world” and tells of Henry Bemis, played by Burgess Meredith, who loves books yet is surrounded by those who would prevent him from reading them.

The episode follows Bemis through the post-apocalyptic world, touching on such social issues as anti-intellectualism, the dangers of reliance upon technology, and the difference between solitude and loneliness…

Finding himself alone in a shattered world with canned food to last him a lifetime and no means of leaving to look for other survivors, Bemis succumbs to despair. As he prepares to commit suicide using a revolver he has found, Bemis sees the ruins of the public library in the distance. Investigating, he finds that the books are still intact; all the books he could ever hope for are his for the reading, and time to read them without interruption.

His despair gone, Bemis contentedly sorts the books he looks forward to reading for years to come, with no obligations to get in the way. Just as he bends down to pick up the first book, he stumbles, and his glasses fall off and shatter. In shock, he picks up the broken remains of the glasses without which he is virtually blind and bursts into tears, surrounded by books he now can never read.