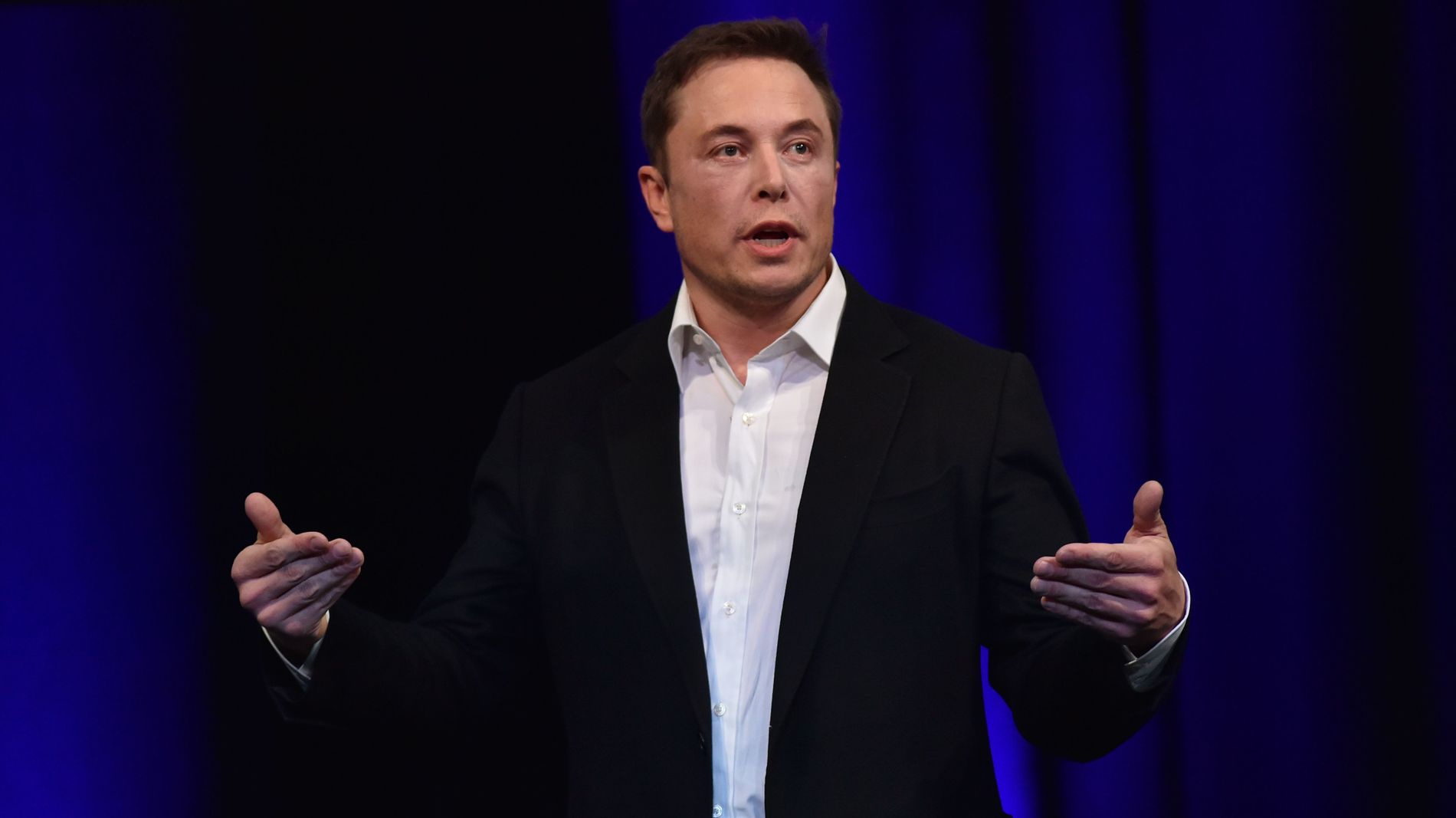 Yes, Elon Musk’s tweets can produce tens of thousands of intense Twitter replies and a surge of media op/eds, especially when he steps into the middle of a war and acts out by presenting a peace plan.

A plan that isn’t talking to the ‘woke’ left, or neo-con right ….

Elon’s clearly not hard right or hard left. He’s somewhere in the middle of the political spectrum (let us know where if you know where) and he’s proposing Ukraine-Russia peace ideas without clear backup support.

But being #ElonMusk has never been easy and again he’s taking the hard road. His track record says he’s a player and take his plans the way they should be taken — seriously.

Here are two of Elon’s ideas and since the specter of nuclear weapons use that’s now being threatened would deliver catastrophic results, we are forced to listen to Elon and consider all serious peace proposals.

Scroll down and take a look at two tweets below… As we review his proffered peace proposal and his warning, one should not forget that Elon’s Starlink fleet of satellites is powering communications of the Ukrainian defense forces, with targeted precision strikes made possible as a result.

Ask what is the ‘off ramp’ from an escalating war, a ratcheting up that’s moving toward bringing on an apocalyptic nuclear exchange, triggered by plan or mistake, miscalculation or first-strike madness ….

A 4th century BC warning hovering over the world, a proverbial Damocles’ Sword, a midnight sword, threatens all humanity 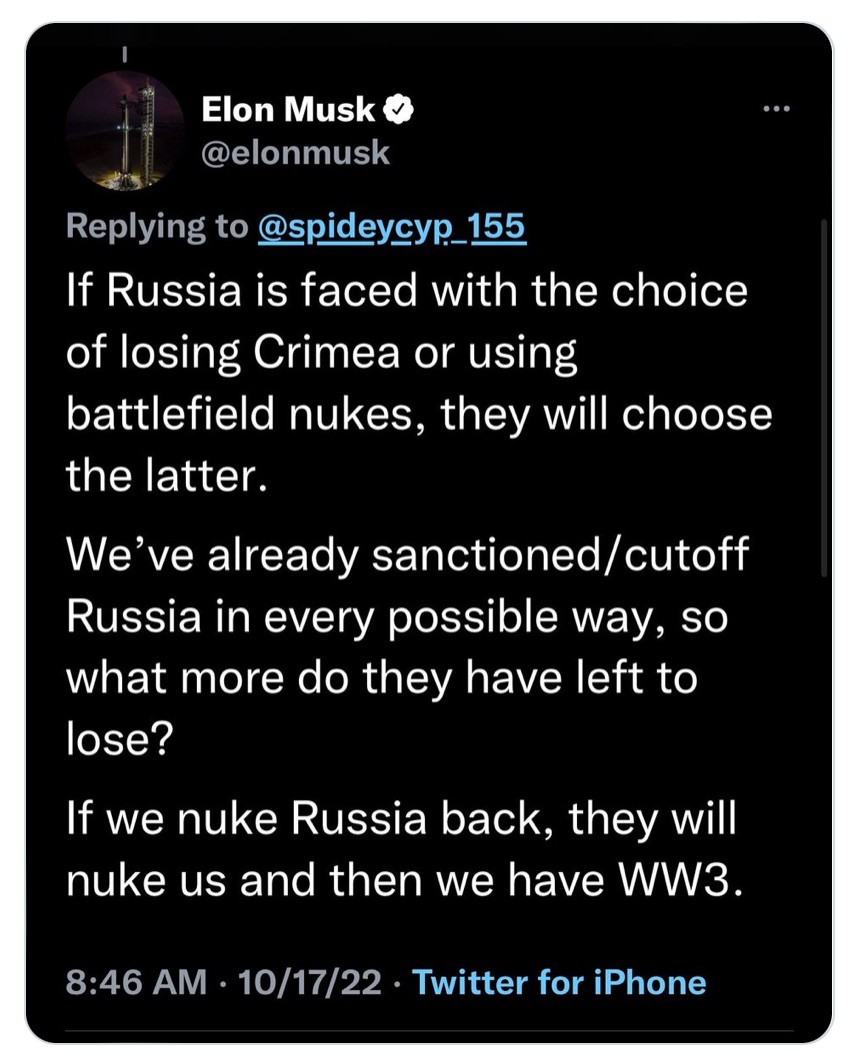 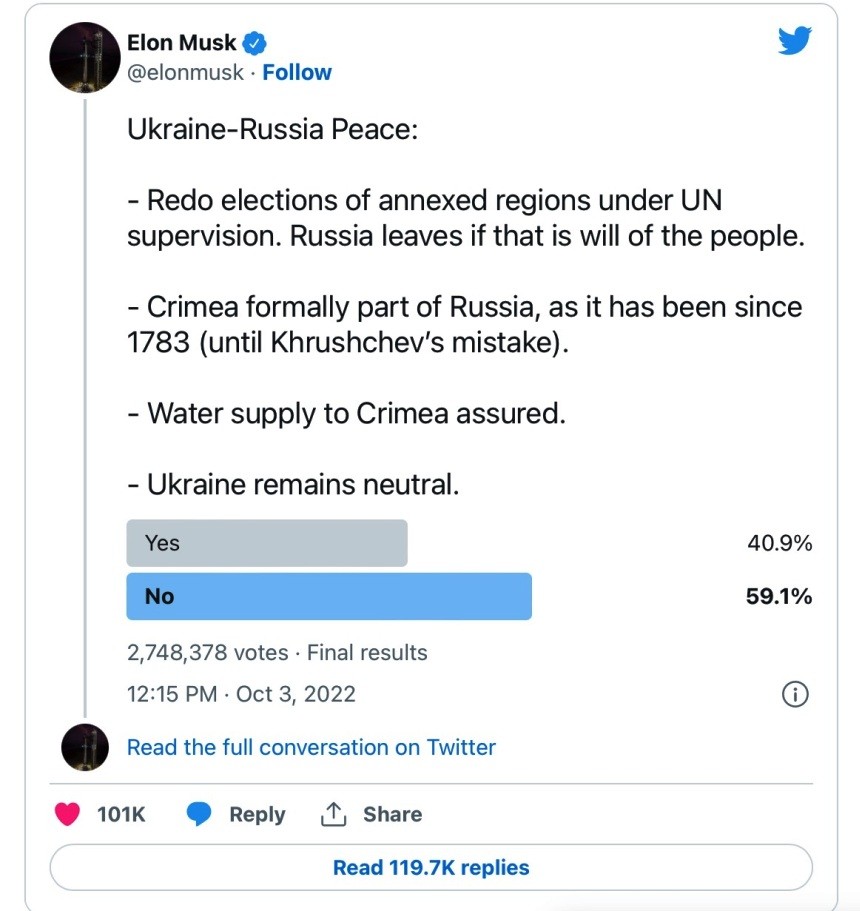