A Handshake, an Opening

A meeting at the Shangri-la…

Taiwanese President Ma Ying-jeou and Chinese President Xi Jinping met at the Shangri-la Hotel, “shaking hands and smiling broadly for a crush of cameras in front of a bright gold backdrop”…

Xi spoke for about three minutes and Ma seven.

Xi called the meeting a “historic day” and referred to Taiwan and mainland China as “brothers who are still connected by our flesh even if our bones are broken.”

“We are sitting here today to prevent a historic tragedy from happening again and to keep the fruits of peaceful development between the two sides from being lost.”

Ma in his opening prepared statement called for lowering the state of hostility across the Taiwan Strait, expanding cross-strait exchanges, setting up a cross-strait hotline, “cooperating to revitalize the Chinese nation” and consolidating the “1992 consensus.” 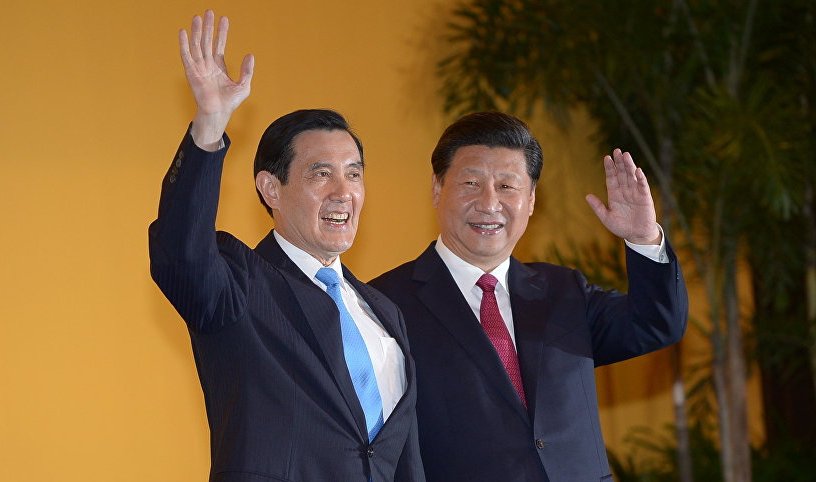