CBS-moderated US Democratic presidential debate ends without one question being asked about the existential Climate Crisis or New Nuclear Arms Race: Questions of existence are not worthy of discussion, it seems, even as a US president denies Climate science and releases huge new nuclear budget featuring nuclear pits ‘n triggers for new ‘usable’ nukes 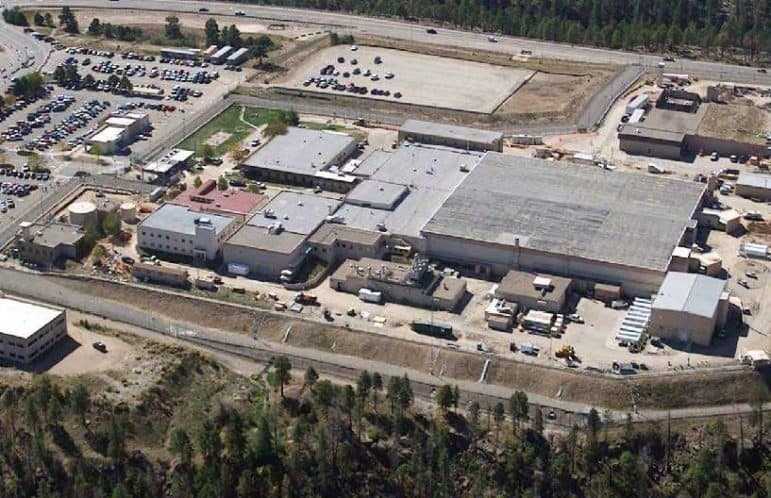 Today, new definitions of national and global security are demanded for security, yet few are aware of the fast escalating danger and fewer are acting to debate and push back against nuclear proliferation.

The impacts of climate change/atmospheric disruption and a nuclear weapons Armageddon are knock out punches that cannot be ignored, yet humanity staggers forward without a shared strategy of defense and lasting security.

Strategic Demands, since our inception, has spoken of ‘surviving victory’, of moving beyond policies of inherent risk. We again point to New Definitions of National Security as a foundation for a new vision of security. 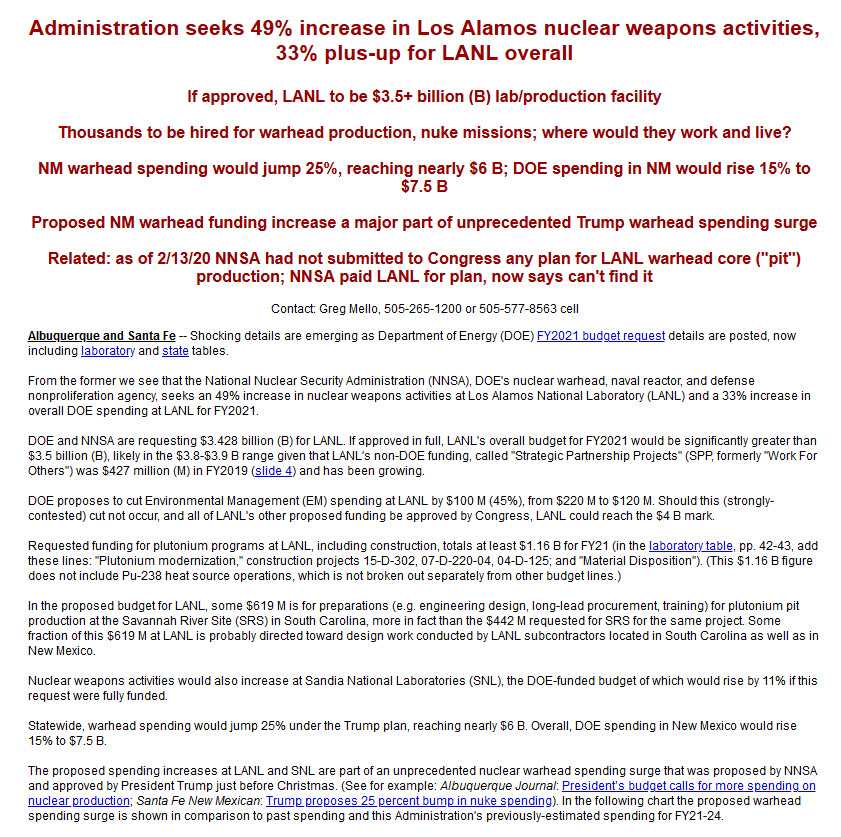 “The transformation of LANL into a ‘production agency,’ as it is now called in NNSA, heading toward what NNSA nuclear weapon chief Charles Verdon called ’24/7 operations,’ is not proceeding in any kind of ‘normal’ government fashion. There is little or no oversight, not even by NNSA.

“It is a crash program proceeding in an entirely unaccountable manner, more characteristic of war than of peacetime governance.

“LANL is hiring roughly 1,000 new employees per year and expects to continue doing so for several more years. LANL is also planning some $13 billion in capital projects over the coming decade. Dozens of new buildings are planned.

“The lab has outgrown the buildable areas on its site, its nearby housing market, the regional road capacity, its electrical supply, its nuclear waste handling and shipping capacity, and the nearby labor force. The entire region has outgrown its water supply. Apparently, LANL must expand off-site to succeed as a new ‘Rocky Flats South.

“Pits are now ‘needed’ not only for the Air Force’s new W87-1 warhead, which would help enable a new generation of land-based missiles, but also for the ‘W93’ Navy warhead, funding for which is proposed in the coming year’s budget. Since last year, NNSA has brought first-year funding of the W93 forward to FY21 from FY23. We believe this has been done in part to respond to concerns expressed by Senator Heinrich and others that LANL would otherwise have no warhead design projects to look forward to. First production of this warhead is scheduled for 2036, so if funded, W93 design and development would be a 15-year effort…”