One has to question US/UK policy and decision-makers as the consequences of past policies reverberate today producing concussions shaking the political economic sphere across Europe. The UK is the first domino to fall, but no doubt there will be other institutions falling as blowback and costs from failed Mideast wars and misguided geo-politics deliver mid- and long-term consequences

Your editor stayed up late last night to watch the Brexit v Bremain vote returns. The returns weren’t as shocking to StratDem’s team (we followed the polls) as much as they were to many political leaders and business figures in the UK.

The former Mayor of London, Boris Johnson (who brings an uncanny resemblance to a current US candidate for president), is celebrating as an insurgent in support of Britain exiting the European Union. Boris is now vying to be the UK’s next Prime Minister. 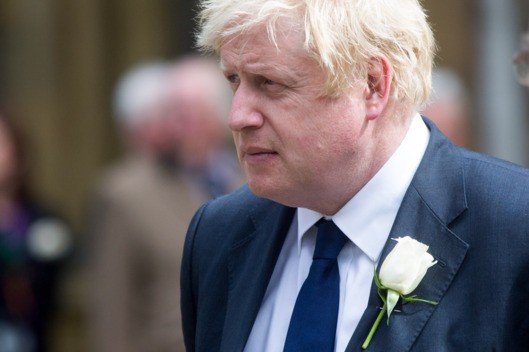 Millions took to social media to express their thoughts and feelings, reacting with reasoned thoughts or emotional ‘that’ll show ’em’ tweets as the results came in and in the wee hours of the morning all knew it would be a much different June 24, 2016.

At Strategic Demands we chose to look back at the beginnings of the current migrant crisis, which we and many look to as a proximate cause of voter fear in the UK and throughout Europe. The wars in the Mid East have turned out to be much different in most every element from the ‘experts’ opinion and counsel, the predictions of consequences (‘they’ll welcome us as liberators’ was a favorite refrain during the run-up to war) and estimates of costs (it won’t cost much at all, it’ll be short, it will bring oil revenues into the US sphere and help pay for any costs.)

Today we join others who reflect with skepticism and ask how can these experts be so wrong for so long in their assessments and estimates, their judgments and studies of costs and consequences.

We ask to what extent will the mainstream media add new dimensions to their vision and coverage? Brexit should send a signal of sorts. The old ways of doing politics-as-usual and business-as-usual are under political challenge. Will the commentators, OpEd pages, the Editorial Boards, the ideas conferences, the ‘beat’ writers covering foreign policy and national security issues shift the equation and look to new defintions of national security and question about what security the old national security solutions deliver?

The Brexit vote, in our considered opinion, is a direct consequence of Tony Blair and George W. Bush taking their respective nations and their special relationship to war. Apart from the revelations that the public statements about WMDs were false, the lack of think tank community representatives questioning statements about costs of war and risks of escalation are only now coming into the light via geo-political ‘earthquakes’, becoming too evident to ignore. The Brexit vote, the pending US vote, the rise of nationalism across Europe — and in Russia and via an assertive China redefining a strategic-financial vision across Eurasia — is setting the stage for a new world.

Will the progenitors of the policies that produced the conditions that led to Brexit and array of consequences that will roll out now over the coming years continue on as “experts” (of an old world) or will they be questioned? Will most all US cable news/politics continue to feature foreign policy/national security experts whose advice and counsel is neoconservative and neoliberal with few exceptions (such as Steve Clemons on MSNBC). Or will Brexit bring new  strategems that address a geo-political world being roiled by shocks like Brexit … 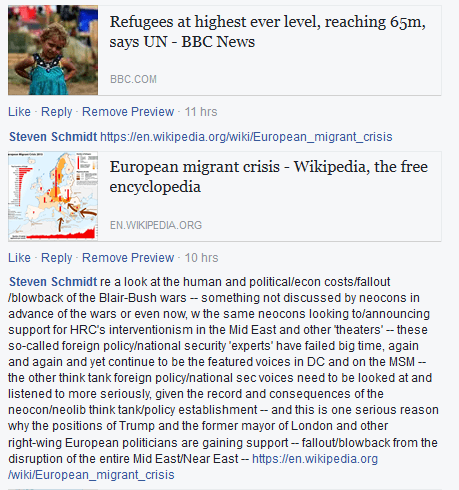