It’s on. After back and forth negotiations, a deadline passes and what is being described as a “trade war” commences. What sort of trade war? The market’s collective judgment so far? Day one, the global markets shrug. We consider the negotiating strategies, risks, costs, and ripple effects. Go…

The U.S. goes on the offensive and pieces on the board move dynamically.

Then there are current negotiations impacted with the Russian Federation (with a next generation ‘cold war’ growing hot), Iran of course, and Saudi Arabia, the European Union, United Kingdom, Canada, Mexico, G-7, Israel, India, Venezuela, the list of relationships threatened goes on …. the U.S president’s strategy rolls out. And the strategy? Your guess is as good as ours, but we’re willing to put our thoughts into the public sphere.

For context, let us begin with the US president’s self-pronounced expertise as put forward in a number of his (ghost-written) published books, for example, The Art of the Deal, written by Donald Trump and Tony Schwartz (more on Tony follows).

Let’s take a peek at the ‘essence’ of the president’s negotiation tactics, as explained by Professor David Honig under the heading of Distributive Bargaining — 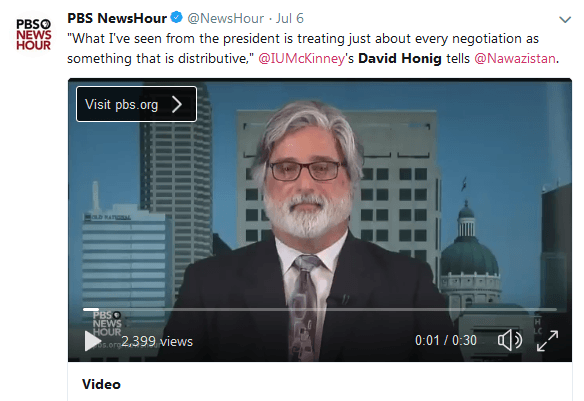 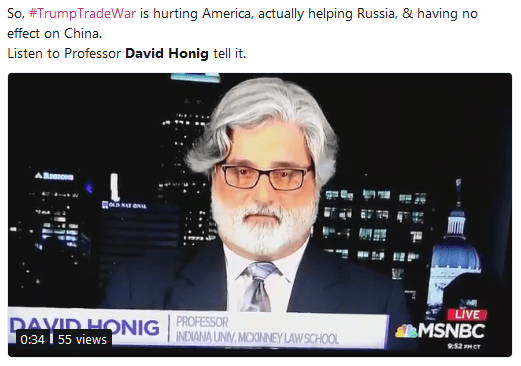 David Honig: I’m going to get a little wonky and write about Donald Trump and negotiations. For those who don’t know, I’m an adjunct professor at Indiana University, McKinney School of Law and I teach negotiations. Okay, here goes.

Trump, as most of us know, is the credited author of “The Art of the Deal,” a book that was actually ghost written by a man named Tony Schwartz, who was given access to Trump and wrote based upon his observations. If you’ve read The Art of the Deal, or if you’ve followed Trump lately, you’ll know, even if you didn’t know the label, that he sees all dealmaking as what we call “distributive bargaining.”

Distributive bargaining always has a winner and a loser. It happens when there is a fixed quantity of something and two sides are fighting over how it gets distributed.

Think of it as a pie and you’re fighting over who gets how many pieces. In Trump’s world, the bargaining was for a building, or for construction work, or subcontractors. He perceives a successful bargain as one in which there is a winner and a loser, so if he pays less than the seller wants, he wins. The more he saves the more he wins.

The other type of bargaining is called integrative bargaining. In integrative bargaining the two sides don’t have a complete conflict of interest, and it is possible to reach mutually beneficial agreements. Think of it, not a single pie to be divided by two hungry people, but as a baker and a caterer negotiating over how many pies will be baked at what prices, and the nature of their ongoing relationship after this one gig is over.

The problem with Trump is that he sees only distributive bargaining in an international world that requires integrative bargaining. He can raise tariffs, but so can other countries. He can’t demand they not respond. There is no defined end to the negotiation and there is no simple winner and loser. There are always more pies to be baked. Further, negotiations aren’t binary. China’s choices aren’t (a) buy soybeans from US farmers, or (b) don’t buy soybeans. They can also (c) buy soybeans from Russia, or Argentina, or Brazil, or Canada, etc. That completely strips the distributive bargainer of his power to win or lose, to control the negotiation.

(W)hen you approach international negotiation, in a world as complex as ours, with integrated economies and multiple buyers and sellers, you simply must approach them through integrative bargaining. If you attempt distributive bargaining, success is impossible. 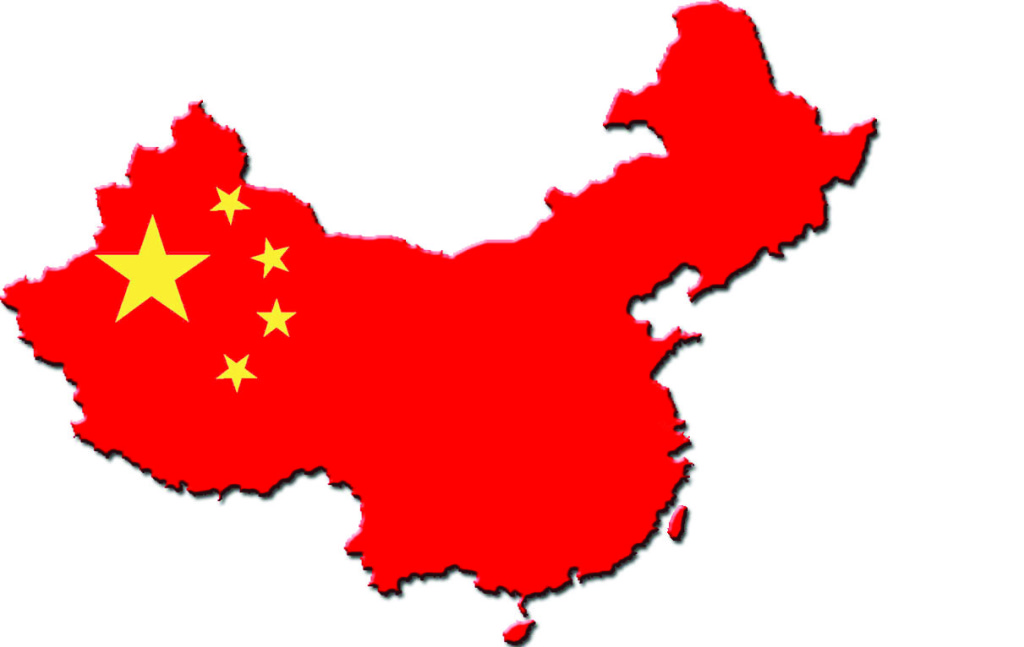 Now let’s look at the players in today’s nuclear, economic, military negotiations with the US.

The 21st century is shaping up to be a story of China and its business interests globally, east and west, north to south … China is playing across the worldwide stage, on multiple levels. We’re talking a game of Go across time and space.

China prides itself as the old country. Wizened over the millennia of history. Negotiating with wisdom of age — and understanding of the multiple cards that must be played, whether in the Art of War or in the realm of commerce as with the New Silk Road.

The Chinese are currently playing a multi-layered game, advancing their nation’s strategic interests with energy alliances and agreements, supply lines and assured supplies of oil/gas and renewables. The relationship of China and Russia grows deeper daily. Energy deals with Iran are described as “deals of the century”. When the US throws peremptorily ends the Iran nuclear non-proliferation agreement and reimposes oil/gas sanctions, other nations, especially China, move to make up the difference. China does not, for multi-layered strategic reasons, follow the US demands to boycott Iran.

Likewise, the Chinese do not follow U.S. dictates on North Korea. As the U.S. initiates a trade war with China, the leverage the U.S. has expected, and demanded of China to mount a full-court economic press on North Korea has slipped away. Bad will is replacing supposed good will between the U.S. president and Chinese president. Russia has been re-meeting with North Korea to advance mutual interests. The Russian president is preparing to meet one-on-one with the U.S. president. Who can guess what is on the agenda?

In Asia and across Eurasia, a multi-layer game on the board ranges from critical nuclear arms to worldwide trade and, as the U.S. back away from negotiations, Europe steps up. China-Russia are deeply enmeshed in strategic agreements, a multi-lateral world is emerging having experienced a series of pushes and shoves, abandonment of agreements and treaties as the U.S. president plays to his base and anger of a campaign of blame. Blow back from allies and adversaries has followed as news and polls are pointing out daily. Costs are adding up and few are ‘in the mood’ for being bullied by a U.S. president.

Now, with these thoughts in mind, let’s cut to Tony Schwartz, a vocal and vehement on-line critic of president Trump. 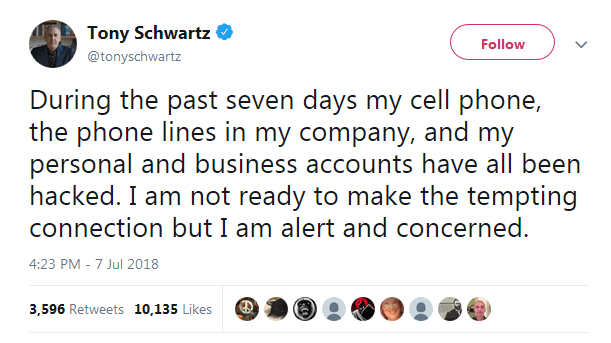 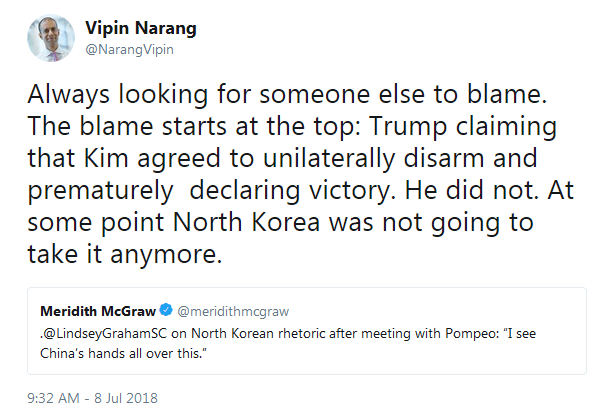 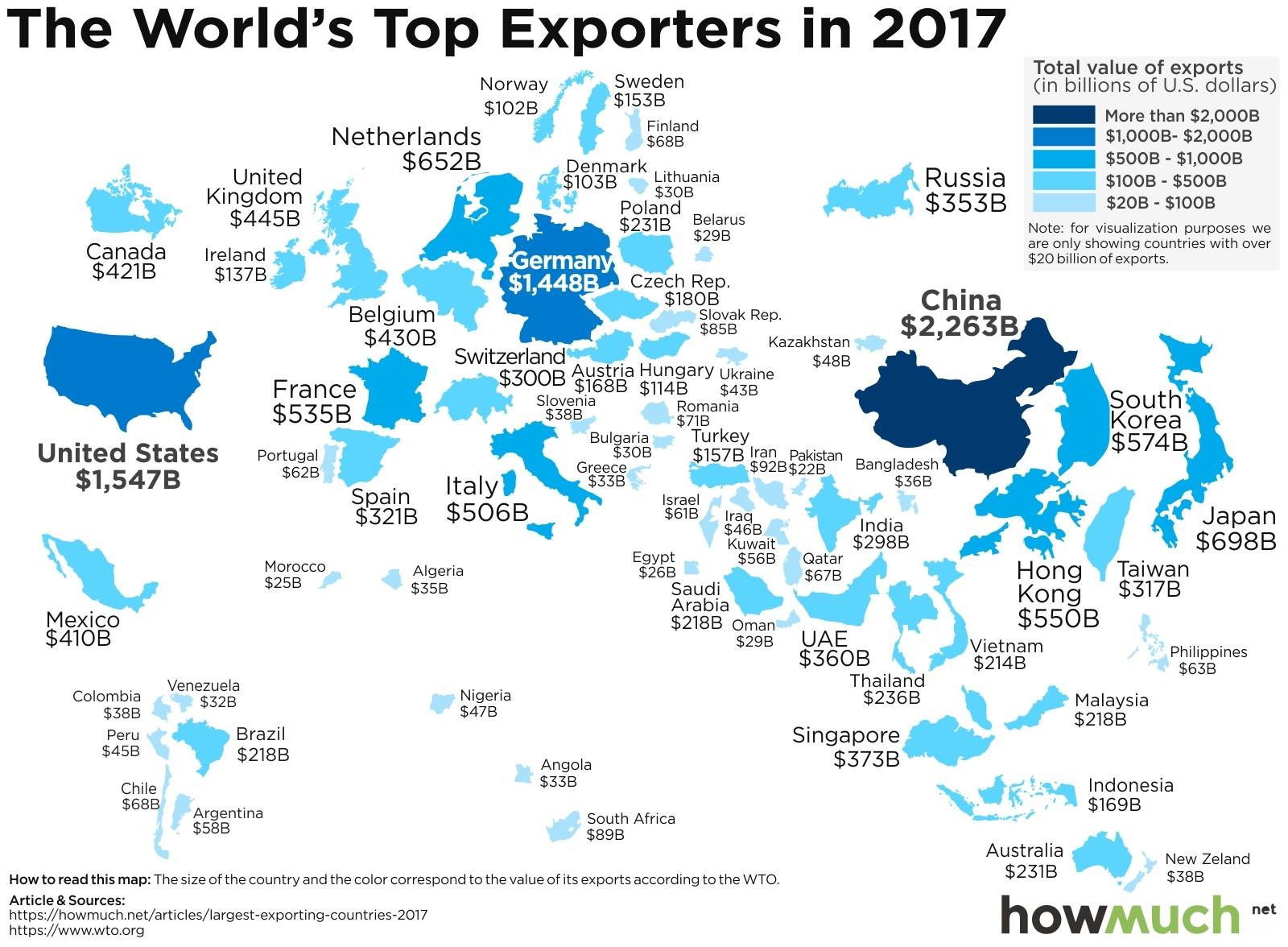 And then the port became China’s

“…another milestone along the path of #BeltandRoad.”

A typical demand of China for its projects around the world, rather than allowing an open bidding process. Across the region, Beijing’s government is lending out billions of dollars, being repaid at a premium to hire Chinese companies and thousands of Chinese workers, according to officials across the region.

After nearly five years of helter-skelter expansion for China’s Belt and Road Initiative across the globe, Chinese officials are quietly trying to take stock of how many deals have been done and what the country’s financial exposure might be. There is no comprehensive picture of that yet, said one Chinese economic policymaker, who like many other officials would speak about Chinese policy only on the condition of anonymity. 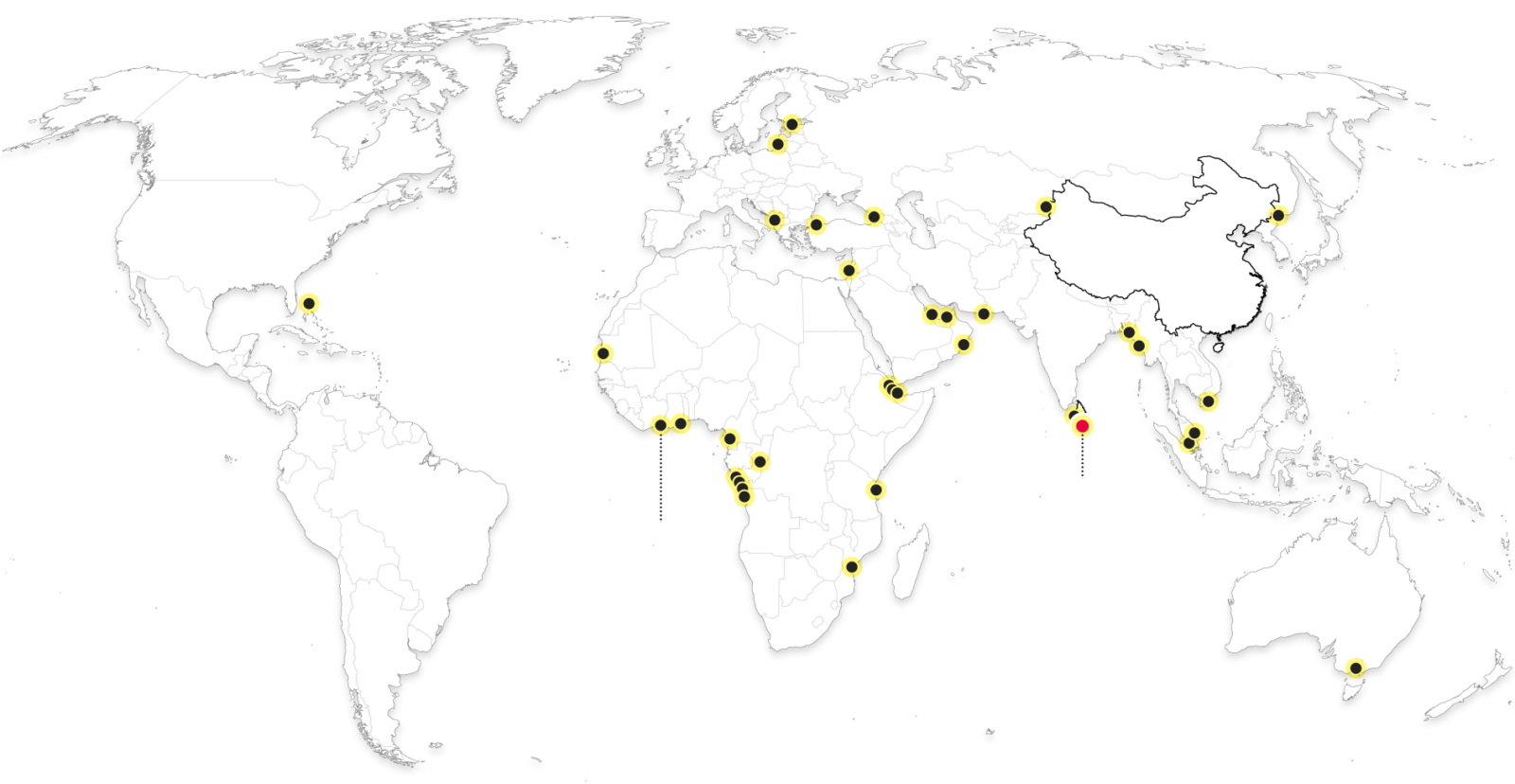 China is making strides towards establishing itself as a maritime power. Besides enhancing the capabilities of its navy, it is also investing heavily in global port infrastructure. From mid-2016 to mid-2017 Chinese firms announced around US$20bn-worth of investment in nine overseas ports, around double that for the year-earlier period.

State-owned enterprises (SOEs) have been the main investors in overseas ports. The pioneer was state-owned COSCO Shipping, the country’s biggest shipping line. It has focused on acquiring ports at key nodes within global shipping routes, such as Piraeus (Greece), Euromax (Netherlands) and Said (Egypt). Most of its port investments are in developed countries.

Another SOE, China Merchants Group, is a relative latecomer, but is investing heavily in emerging markets. By end-2016 the company owned or had operational rights to 40 ports in 22 countries, including Nigeria, Sri Lanka, Togo and Djibouti, based on our research. Even in the US, where ports are often off-limits for foreign investors, China Merchants has acquired small stakes in ports in Houston and Miami by buying Terminal Link, a French shipping line.

Most existing or planned investments by Chinese companies have been in deep-sea ports. Since the 2008–09 global financial crisis, the world’s merchant fleets have developed ever-larger shipping vessels in order to reduce costs. Deep-sea ports servicing these vessels are more likely to prosper.

One Belt One Road … and European Union 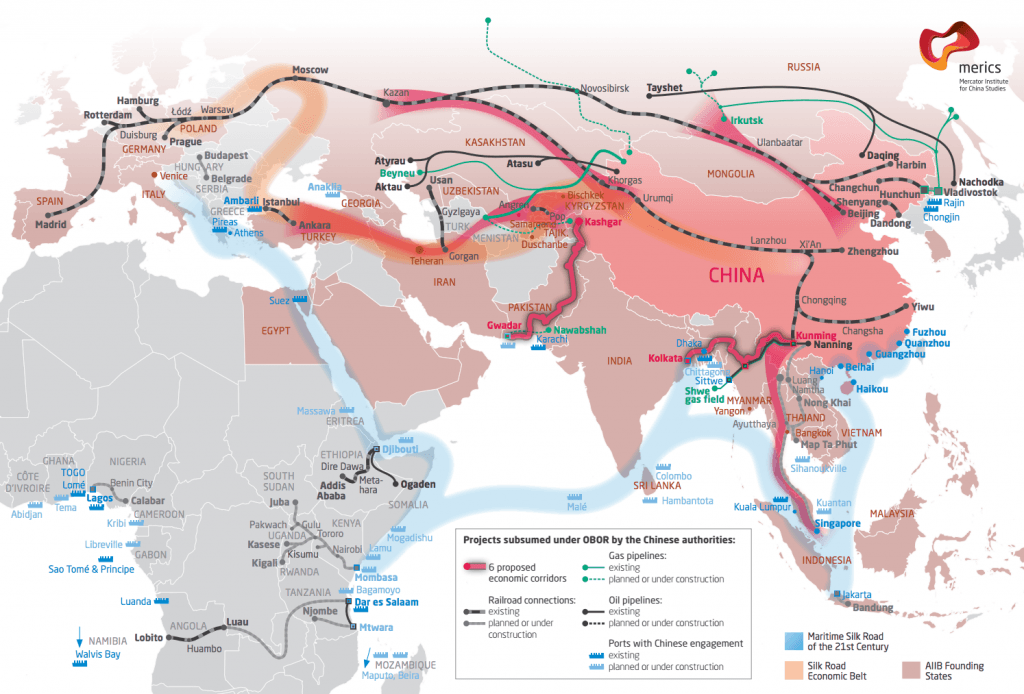