Remembering the Costs of War

† Every 72 Minutes, a Veteran suicide 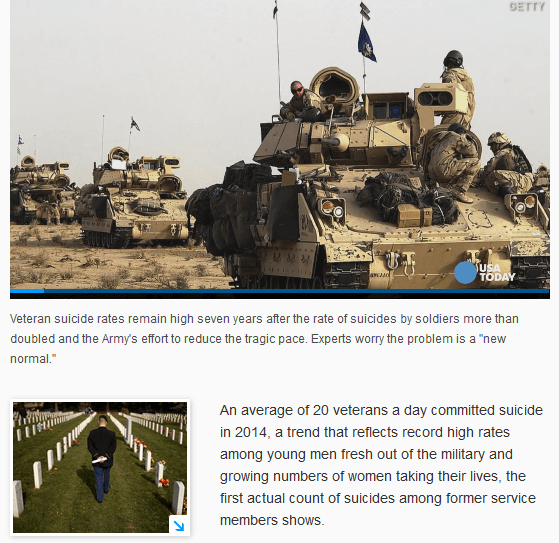 The statistics tell the tragic story …

Veterans in 2014 were killing themselves at three times the rate of civilians and at a quickening pace, up by a third from 2001 to 2014.

Most self-destructive are young male veterans in their 20s, who are dying at four times the rate of their civilian peers. Female veterans were 2.4 times more likely to choose suicide than civilian counterparts.

In one narrow category — 18- to 24-year-old male veterans who served in Iraq or Afghanistan and were VA patients — the suicide rate was 10 times the national average for all people.