The US stock market crashes, the world economy wavers between recession and depression, and a pandemic threatens. The US president at first speaks of a threat exaggerated, then blames China for not reporting the severity of the virus, then pivots to a national response

Lost amid panic across the globe is the lost opportunity for US leadership. In fact, the US Centers for Disease Control and Prevention (CDC) had ‘intelligence issues’ with reporting in China. The Trump administration policies toward China had led to US agencies staff in China being cut deeply.

“It was heartbreaking to watch,” said Bao-Ping Zhu, a Chinese American who served in work funded by the U.S. Centers for Disease Control and Prevention between 2007 and 2011. “If someone had been there, public health officials and governments across the world could have moved much faster.”

Zhu and other sources, according to Reuters, said the US should not have relied on China’s infectious disease director for alerts and updates.

Although missing the early warnings of the outbreak, the US had warnings in January. The president, when the intelligence reports of China’s rapidly spreading disease were delivered to him, had an opportunity for leadership, world leadership. Whether gathering international leaders for a virtual online meeting, with assurances of assistance and cooperation, and a follow-on campaign of research, marshaling of resources with quick response efforts, the president had an opportunity.

The opportunity passed, the virus wasn’t to be contained. It was to be global. It was to be a next gen epidemic, soon a pandemic. 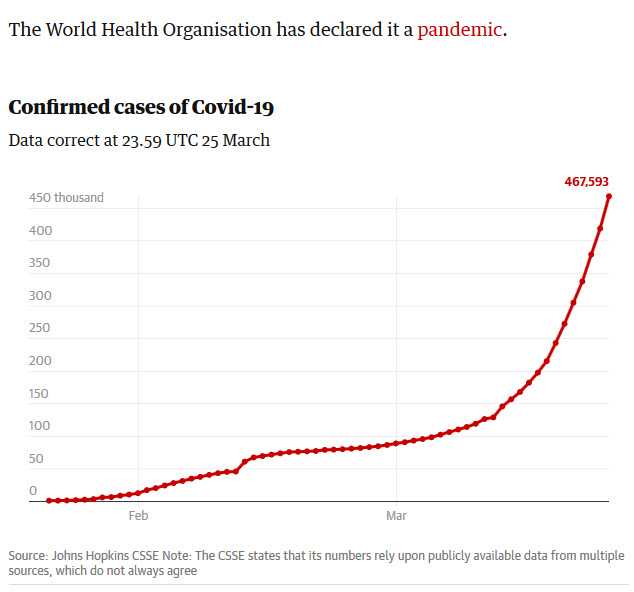 Europe now, in March, is going its own way, with its own economic recovery packages, credit guarantees, government spending, extended support programs. In Germany the government has agreed to commit over 1 trillion euros [$1.1 trillion] in fiscal stimulus, approximately 30 percent of the country’s annual economic output. France, Italy and Spain have launched huge stimulus programs. The European Union has suspended limits on member countries’ borrowing and deficits. The Coronavirus Crisis in Europe debates tying together the Climate Crisis, Green Deal and Coronavirus Crisis. Canada one ups the US in its stimulus package. But the bottom line, the real bottom line isn’t a profit and loss sheet, it’s about ‘breathing’. Coronavirus is a respiratory disease. The shortage of ventilators and respiratory equipment in intensive care is in crisis. From January 2020 on, the science and data were predicting the most probable scope of what was to come. 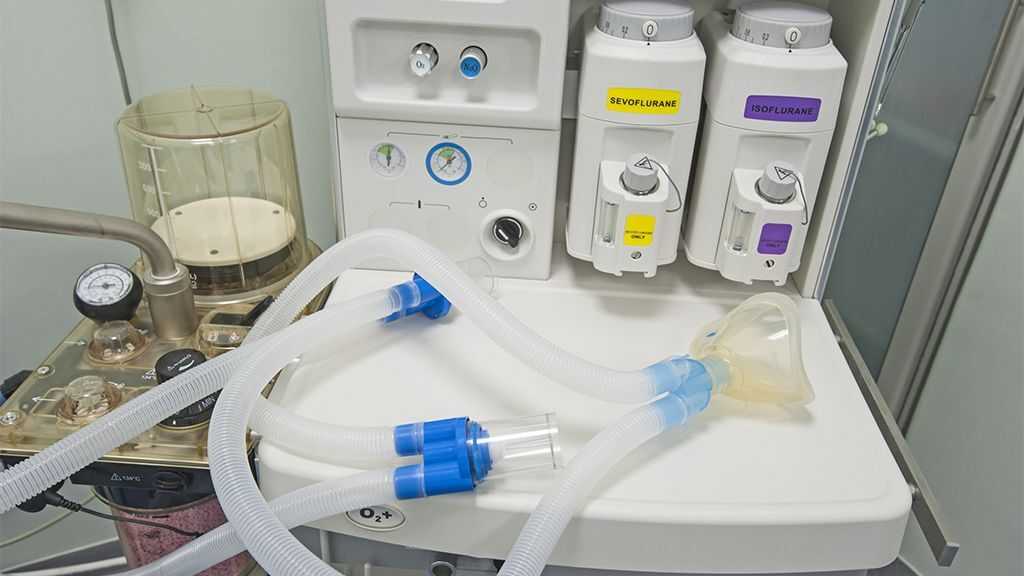 The Coronavirus presents itself, in it strains and mutations, amid deep political division in the US and globally. The pandemic comes as international cooperation is in freefall, a mark of the Trump time and ascendant nationalism. A ‘crossover’ of the virus from animal to human, began the spread of the novel virus and the extent of the global pandemic is yet to be understood. Science and politics are now engaged in cooperation and firefight.

The president attacks on the Green New Deal. “No way I’m signing that deal” with “Green New Deal stuff… [The Democrats said] We want green energy, let’s stop drilling oil — they had things in there that were terrible. Windmills all over the place and all sorts of credits for windmills — they kill the birds and ruin the real estate. A lot of problems.”

The 2 trillion dollar stimulus has little to do with the Green New Deal, although some have called for the economic stimulus to include green policies to “help make our society and economy stronger and more resilient in the face of pandemic, recession, and climate emergency in the years ahead.”

The details of the quickly negotiated stimulus package are now being read and debated.

In a widely watched Fox ‘Town Hall’, the president said he wants the nation “opened up and just raring to go by Easter.” He went on that he would like to see the full churches.

“I give it two weeks,” suggesting he was ready to phase out his 15-day self-isolating guidelines when they expire. “I guess by Monday or Tuesday, it’s about two weeks. We will assess at that time and give it more time if we need a little more time. We have to open this country up.”

Medical, scientific, community and political voices calling for ‘social distancing’ to mitigate the spread of the disease are left to wonder about reality programming that went far past the televised event. The ratings of the Fox event confirm, the former reality tv star continues with his front-stage center appeal. The Fox TV numbers, database metrics, and tracking polling numbers confirm, the 2020 Trump campaign continues on course.

The hundreds of millions financing the Trump-Parscale 2020 campaign are paying dividends. 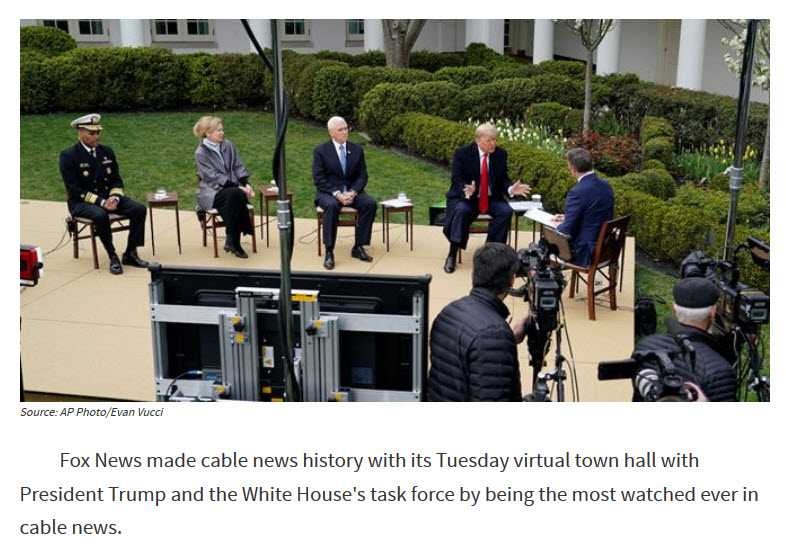