Cuba – US Breakthrough… No es facil

No es facil… Cuba-US announce move to restore diplomatic relations… the headline of the political week in review is news that Obama and Castro (Raul) have been negotiating and an historic agreement is announced – what’s next? 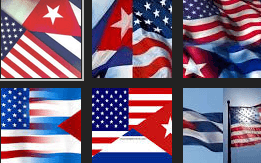 Revolucion no mas. Like a famous fight that ended with Roberto Durán’s famous “no mas“, last week the 50 year struggle between a heavyweight, the US, and a young challenger, Cuba, came to a surprising decision. The announcement that followed secret negotiations of over a year. Pope Francis, a former Argentine bishop with a Latin American point of view, is said to have played a crucial role in arranging the talks.

Although the announcement of rapproachement and stand down from current US-Cuba military stand off is the new policy, the US embargo continues, Guantanamo continues, and the next US Congress can be expected in turn to oppose the President’s initiative. The forthcoming steps of diplomacy will not be easy – no es facil is an understatement. 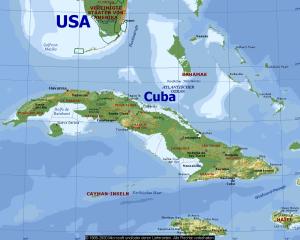 Depending on one’s definition of revolution, the Cuban revolution is either a historic achievement set against a powerful ‘Yankee’ state to the North, or it is a failing attempt at socialism, where human rights and civil liberties fell to the wayside long ago.

To those who have defended the Cuban ‘experiment’, especially to those on the left in the US who have looked the other way as society-wide rights were abrogated, this move toward opening up of the Cuban system as diplomacy should be a welcome move away from a closed, controlled system toward liberalization with opportunity, trade, economic development, travel and exchange.

The delivery of the Internet will be the beginning of the end of Cuban isolation. The world wide web is just that, worldwide, and the current approximately 5% of Cuban’s who are connected to the Internet will find their world opening up as this connectivity goes up. The data that will interactively flow as the Cuban people come into the nextgen of digital exchange, commerce and political discussion/debate is a reality that no ‘firewalls’ can stop as the Internet is proving. We ask how long it will now be before the Net, and networking infrastructure, mobile phone, cell phone towers, WiFi and cyber cafes? 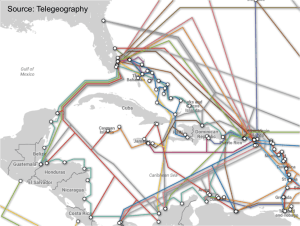 This is the beginning of free thought in action.

Our political tendency, as StratDem looks at dynamics of change here, is that those on the right in the US who are claiming loudly on Fox TV that ‘opening up with China didn’t bring liberalization and liberalization will fail in Cuba’  are not acknowledging tides of history. Yes, the Chinese government is not the US version of neo-liberalism, nor is it what it was when Nixon made a grand opening to China. The Chinese economy is now mixed and worldwide, enmeshed in worldwide trade, worldwide net development, products/services, and step by step is being buying into more travel/trade/engagement with the world, all with guarantees of rights.

The argument that liberalization and movement toward more rights has failed in China, and will fail by engagement with Cuba, is a failure to see the broader trends and, as Toynbee might have said if his perspective were considered today, the “contours of history” need to be taken into account.

The opening up of Cuba with US relations, as with China, is a forward looking move. It can be seen as a mistaken move, as it is seen by Marco Rubio, the Florida Senator whose state is 90 miles from Cuba and whose family roots go back to Cuba. The distinguished Senator is mistaken however when he overlooks the larger political and economic issues at play and plays to a hard line Miami-based block of votes. The Senator would be wise, in our opinion, to take a closer look at the involvement of Pope Francis in the history-making opening and to follow the hope and potential for better solutions than prolonging decades of recriminations. It’s time for a change.

As Politico, reflecting a DC mindset says in its lede to their “What’s Next for Cuba?” story, “Pero vamos a ver lo que pasa ahora.” The news seen across the aisle as a bold move by the President is historic in the larger story yet to unfold. The announcement greeted by church bells in Old Havana was it’s a grand day, “es un gran dia”, but let’s see what happens now.