HIROSHIMA, Japan — The survivors of the world’s first atomic bomb attack are used to hearing grand vows to rid the world of nuclear weapons. They just don’t usually come directly from the leader of the country that dropped the bomb

On Saturday, a day after Barack Obama left, there was gratitude — wonder, even — that he had become the first sitting U.S. president to visit the place where the nuclear age began. But there was also clear-eyed recognition that the realities of a dangerous, fickle world may trump Obama’s call for nations, including his own, to have the “the courage to escape the logic of fear” of nuclear weapons stockpiling.

Hiroshima cherishes its survivors — a grove not far from the atomic bomb’s hypocenter proudly displays signs announcing that these “A-bombed Trees” still thrive — but there’s also some skepticism when faced with yet another anti-nuclear call, even from the leader of the world’s sole superpower.

“The world paid attention to what happened here, even if just for a while, because someone as important as (Obama) came to Hiroshima. So perhaps it could make things a little bit better,” Kimie Miyamoto, 89, a bomb survivor, said in an interview. “But you never know if it will really make a difference, because so much depends on what other countries are thinking as well.”

Asked if Obama’s visit could inspire those countries to abandon nuclear weapons, she shook her head. “I don’t think so,” she said, “because there are so many (bombs) in the world…”

Obama in Hiroshima calls for ‘world without nuclear weapons’

Obama: “… 71 years ago on a bright, cloudless morning, death fell from the sky and the world was changed.”

“A flash of light and a wall of fire destroyed a city, and demonstrated that mankind possessed the means to destroy itself,” the President added during his address at the site of the first nuclear bombing.”
“Why do we come to this place, to Hiroshima? We come to ponder the terrible forces unleashed in the not so distant past. We come to mourn the dead … their souls speak to us and ask us to look inward. To take stock of who we are and what we might become.”
In the Hiroshima museum’s guest book before his speech, the President wrote that he hoped the world will “find the courage, together, to spread peace, and pursue a world without nuclear weapons.‎”
Read More:
The beginning of the “Atomic Age” in a desert called Jornada del Muerto. 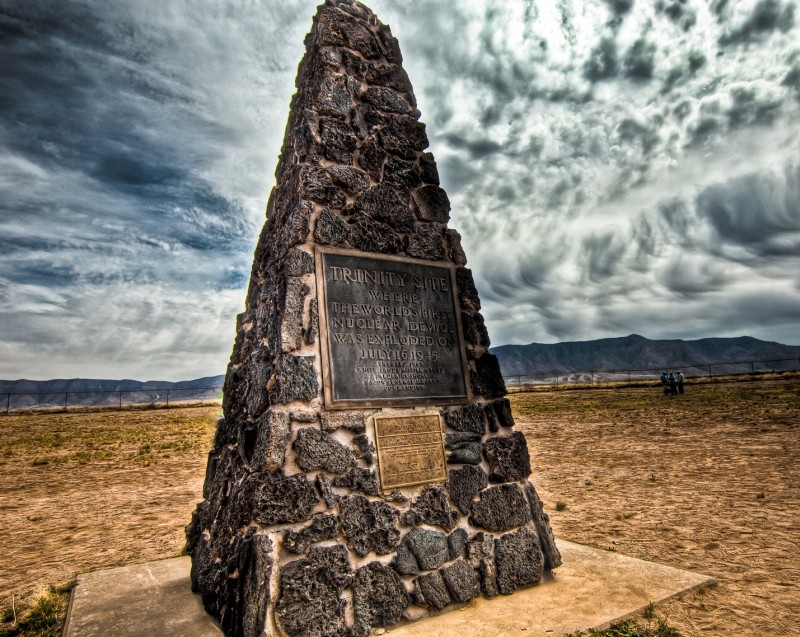 Obama: We may not be able to eliminate man’s capacity to do evil, so nations and the alliances that we form must possess the means to defend ourselves. But among those nations like my own that hold nuclear stockpiles, we must have the courage to escape the logic of fear and pursue a world without them….

And yet that is not enough. For we see around the world today how even the crudest rifles and barrel bombs can serve up violence on a terrible scale. We must change our mind-set about war itself. To prevent conflict through diplomacy and strive to end conflicts after they’ve begun. 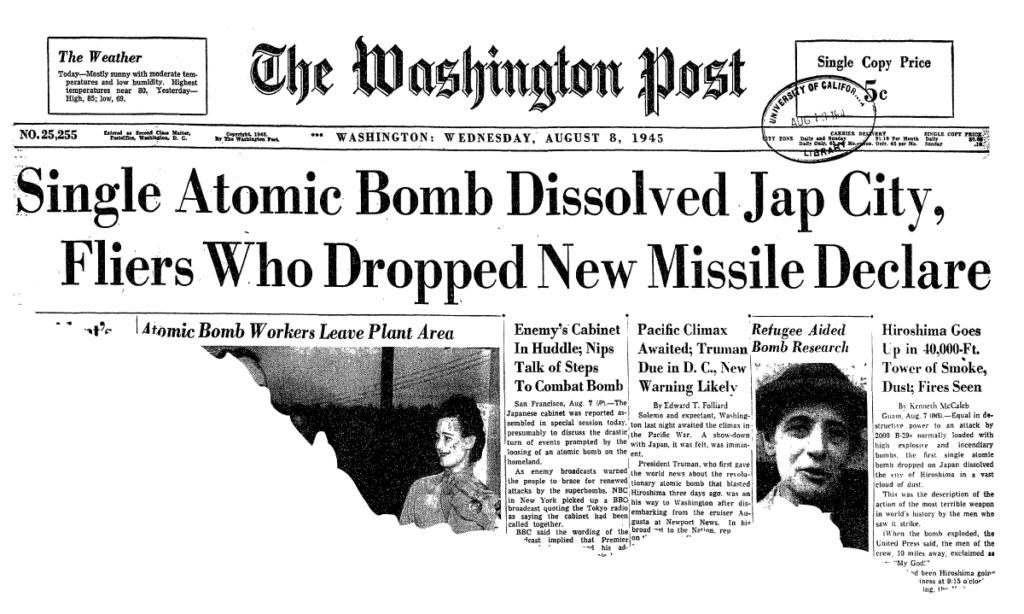