Historic global accord to move toward renewable energy

The Paris Agreement on climate change commits almost 200 nations of the world to work toward a shift from fossil fuels to renewables and, in effect, reduces the full-costs/true-costs of fossil-fueled economies, energy conflicts and lost opportunities. The future is closer today

Adoption of the Paris Agreement 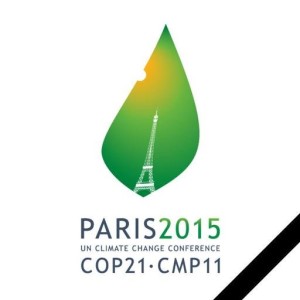 As the Paris summit concludes and tens of thousands of participants look to next steps with a “landmark accord” in hand, the quick summary of accomplishments include these bullet points:

The UN has a long-agreed target of trying to limit warming to 2C above pre-industrial levels, the threshold scientists forecast will herald the most dangerous impacts of climate change. Meeting that target is widely acknowledged as very difficult, with warming already at 1C and current policy pledges leaving the world on track for 2.7C warming this century.

Yet, even as nations look to the future, the current demands for energy, affordable-priced energy, continues to push political decision forward despite articulated expressions of change.

Here the UK is a case study, although India or China or any number of ‘developing’ countries are locked in to current contracts and budgets and must find competitive alternatives to old-world fossil fuels.

Dozens of new highly polluting diesel generators are to be built in the UK after being handed consumer-funded subsidies worth £175m over 15 years. Companies proposing to build 650 megawatts of new small diesel engines won subsidies through the latest round of the Government’s capacity market scheme, which is designed to ensure there are enough power plants to keep the lights on in 2019-20.

It’s not the “End of Fossil Fuels“, it is the beginning of the end.

A quick look begins with a Global Apollo Programme then, not exactly a moon program, but a focuses effort with great potential.

Bill Gates And Other Billionaires Pledge To Take On Climate Change

John Kerry to ABC: “The result will be a very clear signal to the marketplace of the world that people are moving into low-carbon, no-carbon, alternative, renewable energy, and I think it’s going to create millions of jobs, enormous investments into R&D, and that R&D is going to create the solutions, not government.”

President Obama: “The Paris agreement establishes the enduring framework the world needs to solve the climate crisis. It creates the mechanism, the architecture, for us to continually tackle this problem in an effective way.”

The UN climate summit in Paris will bring about a new bottom-up type of agreement based on voluntary emissions reduction pledges by individual states. This marks the end of the top-down policy paradigm dominant for more than two decades. Scientific advisors should use the paradigm shift manifesting itself in UN negotiations as an opportunity to critically reassess their role in international climate policy. In the future, it will become even more difficult to present findings that are both politically viable and scientifically sound. In situations where these standards conflict, advisors and advisory bodies must resist both political pressures and incentives that undermine scientific integrity.

Targets outlined in the agreement on Saturday, involving 195 countries, will require $16.5 trillion of spending on renewables and efficiency through 2030, according to the International Energy Agency.

A Russian media perspective — ‘State of climate emergency: Ecosystems are going to collapse’

Investors evaluating their portfolios in the aftermath of COP21 must inevitably consider the risks, which are now higher than ever, of investments in fossil fuels

“A zero-carbon future will cost the same or less than a carbon future.” — NYT/December 2015