“It is an important day for the international community,” said Yukiya Amano, head of the International Atomic Energy Agency, the U.N.’s nuclear watchdog. “I congratulate all those who helped make it a reality,” he added, citing the six nations that worked out the deal with Iran, including the U.S.

As Iranian foreign minister Zarif arrived in Vienna for the IAEA announcement on the P5+1 nuclear agreement, the question asked is to what extent will the Iranians and the nations who’ve agreed to the joint agreement/JCPOA terms continue to meet the conditions going forward… the steps taken today in Vienna are part of a multi-year series of steps toward full implementation.

“This is a good day for the Iranian people . . . and for the world,” he told Iranian media. “What is going to happen today is proof . . . that major problems in the world could be tackled through dialogue, not threats, pressures and sanctions.” 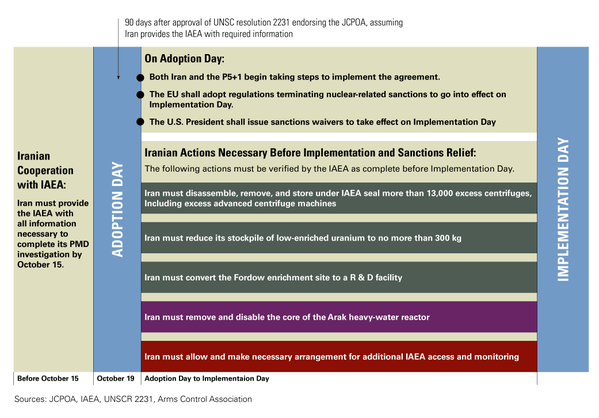 Washington Post / VIENNA —Iran reentered the global economy Saturday, as years of crippling international sanctions were lifted in exchange for the verified disabling of much of its nuclear infrastructure.

“Today marks the start of a safer world,” said Secretary of State John F. Kerry. “We understand this marker alone will not wipe away all the concerns the world has rightly expressed about Iran’s policies in the region. But we also know there isn’t a challenge in the entire region that wouldn’t become much more complicated, much worse, if Iran had a nuclear weapon.”

“Immediately after the release of the report by the IAEA verifying Iran’s implementation, we will have the Implementation Day…” he told Iranian reporters.

“I believe it’s not just an important day for economic activities in Iran. It is going to open the possibilities in Iran for economic engagement,” Zarif said. “What is more important is that it’s an extremely important day for diplomacy. Today is the day where we prove to the world that threats, sanctions, intimidation and pressure don’t work. Respect works. Through respect, through dialogue, we can reach mutually accepted agreements.”

(Ed. as world oil prices drop further in anticipation of Iran’s oil production coming on to the world market)