What better time for reflection than an interregnum?

Time to consider again the global reach of American force

700/800 US military bases in a forward camo-archipelago, north to south, east to west 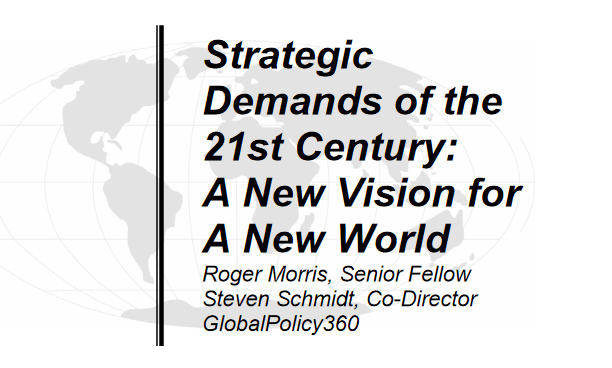 From Strategic Demands of the 21st Century: A New Vision for a New World

Our camo-archipelago carrying all the pretense and opprobrium of empire… ironic emblems of extraneous power and paradoxical impotence, in 21st-century strategic terms, an American Maginot Line outflanked by political, environmental and economic threats to national security

From Strategic Demands “National Security Brief” (2005)
The war on Iraq is a strategic disaster. Unilateral invasion and a bloody, profiteering, open-ended occupation have torn our alliances, cost unparalleled international hostility and distrust, heightened a still-misread, thus still-undeterred threat of terrorist vengeance, further swollen a malignant budget deficit, strained US ground forces as never before, and altogether drained and diverted the nation amid a host of other grave problems. Added to America’s unremitting complicity with Arab dictatorships and with an Israeli regime gone from self-defense to colonization, subjugation and Berlin-wall apartheid vis-à-vis the Palestinians, the debacle in Iraq compounds an escalating crisis.
The contrast between our declared anti-colonial, democratic ideals and our conquest of Iraq is seen as flaunted hypocrisy in our centuries-old image of standing for freedom and the downtrodden. We risk an epochal change in the cultural belief systems of hundreds of millions, an alienation from and hatred of America for generations to come with incalculable consequences.
At the same moment, we must deal with further threats to national security that can no longer be denied. With Washington’s continuing countenance of a destabilizing nuclear arsenal in Israel, thereby provoking one in Iran, playing geo-political Russian roulette with another in a precarious Pakistan, and toying with yet another in North Korea, the world confronts the most volatile array of nuclear dangers since Hiroshima. As if that were not enough, we also face the planetary havoc of looming environmental disasters from advancing or already irreversible global warming and resource depletion, the prolonged crisis of peaking oil production and worldwide energy scarcity, and the concurrent international instability igniting from inequities and abuses of a rampant, exploitative globalism. These multiple crises come, as never before, at a time of our own deepening economic vulnerability, with enormous foreign-held debt, a record trade deficit, and an irretrievably waning dollar altogether threatening a major loss of jobs, income, productivity, national wealth, and standard of living.
All this also overtakes the United States in a world where power is inexorably more plural and subtle, where Washington’s hoary concept and means of national security, vested and clung to at the expense of crucial pertinent needs, are obsolete and counter-productive. Conventional military might marshaled for a bygone era is ineffectual in most of today’s tests, symbolized so graphically by the eight high-tech US divisions in Iraq unable to keep the electricity and water on, or secure the road to the Baghdad airport, much less the country, from lightly armed insurgents whose forces and supporters only multiply with the occupation. Over seven hundred post-cold war US military bases dotting the earth — our camo-archipelago carrying all the pretense and opprobrium of empire — are ironic emblems of extraneous power and paradoxical impotence, in 21st-century strategic terms, an American Maginot Line outflanked by political, environmental and economic threats to national security.
As unprecedented as the crises we face, the epic blindness and blunder of the current Republican Presidency and Congressional regime — abetted by the political default of the Democraticopposition — create and aggravate some dangers and negligently ignore others.
As proverbial generals in the grip of irrelevant experience, swaggering into the next war preparing for the last, both relic parties have rendered our foreign policy a reckless anachronism, leaving America effectively disarmed before grim menaces to peace and security. No rescue will come within the usual exchange of White House or Congress. The failure is widely bipartisan, if especially jarring in the mythology and crudity of a neo-conservative cabal. Even if Democratic national security advisors magically acquired more foresight and courage, they would beunlikely to effect significant change in policy, so captive are politicians of both parties to narrow, serve-at-any-price interests of corporate and wealthy contributors and lobbies, the bottom-line politics and bondage that trump ideology and all else.
America remains so unresponsive to the new challenges — the politics of foreign policy so corrupted and stifled, the public so misled—that a great national debate on national security is itself an urgent strategic imperative.
The moment requires bold innovative approaches to our interests and responsibilities on a drastically changed, swiftly changing planet. What we see as essential to a wide-ranging democratic discussion and debate is a new strategic discourse, addressing causes as well as effects. We must look ahead, envision and plan without illusion or compromising influence, recognize new realities, tell unpopular truths, put the national interest ahead of office, educate and act.
This paper, the first in a series outlining an alternative and comprehensive ‘national security’ vision, offers practical, constructive policies along with essential changes in the democratic politics and governance of national security that must accompany such an authentic and sustained policy change. Recognizing the necessity of the first genuine reformulation of national security policy in over half a century, we find ourselves “present at the creation” of the next era in world affairs with the historic task of shaping the future with a new vision for a new world.
— Roger Morris
— Steven Schmidt 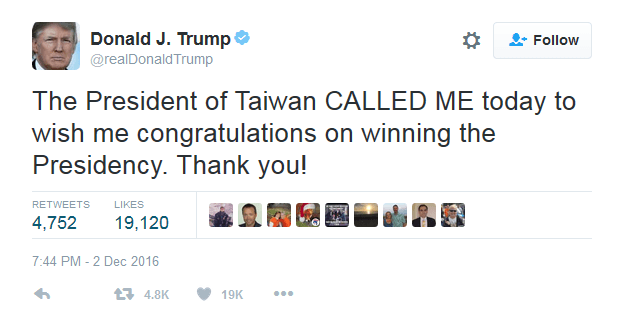 Coincidence with China policy or not, Bolton-Trump meet on December 2nd 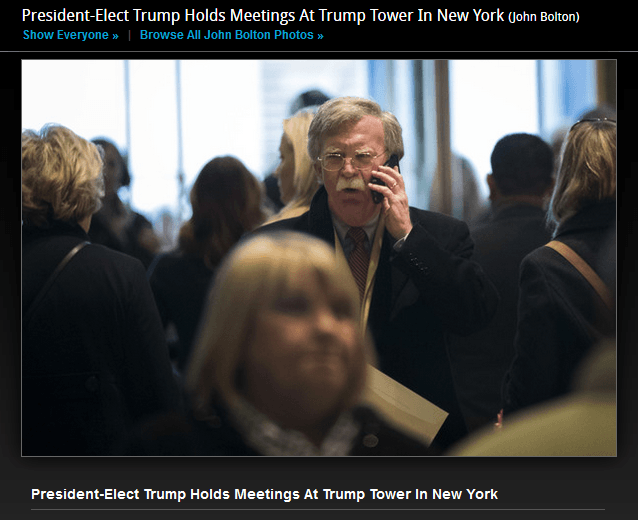