President Donald Trump announces via Twitter that he has ordered Mike Pompeo to cancel a planned trip to North Korea because there has not been “sufficient progress” in denuclearization talks so far. The president singles out China for not “helping the process”… 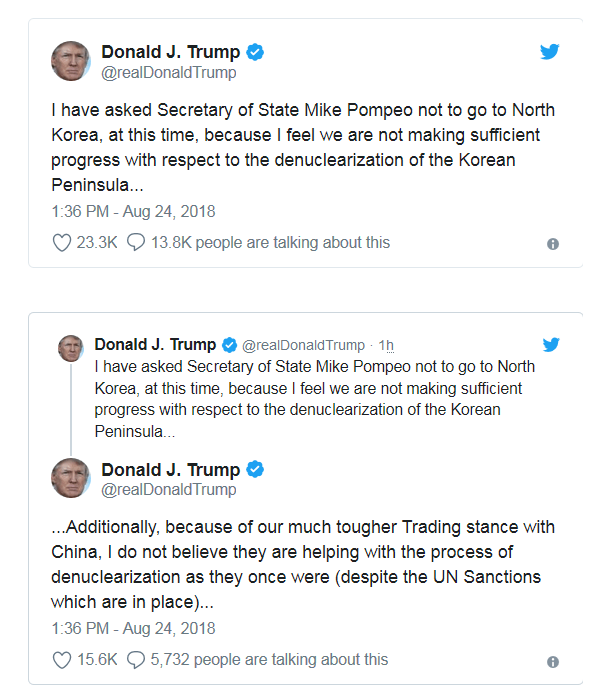 Additionally, because of our much tougher Trading stance with China, I do not believe they are helping with the process of denuclearization as they once were (despite the UN Sanctions which are in place)…

The strategic ties between China and North Korea, including a history of defense agreements, cannot be set aside, as the US president ratchets up his war of words, threats, tariffs, and sanctions, even as he tweets to Kim. 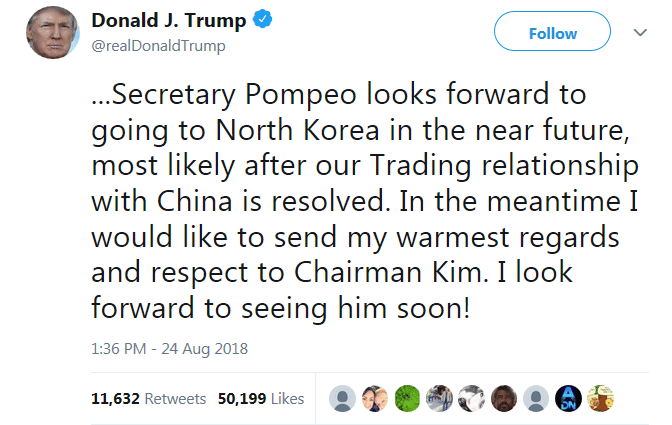 While the president speaks of resolution of issues with China and meeting again personally with Chairman Kim, the political turmoil in the United States continues to roil every news cycle. Top advisers to the US president, current and former, are pleading to serious criminal charges and/or addressing dire scenarios.

“You could only impeach [Trump] for political reasons and the American people would revolt against that.”

Speaking with Sky News on a golf course in Scotland, the former New York City mayor said he “hardly” believes Trump would be impeached. 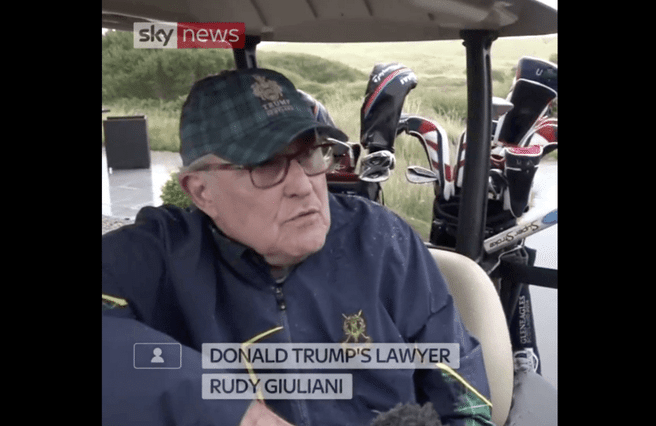 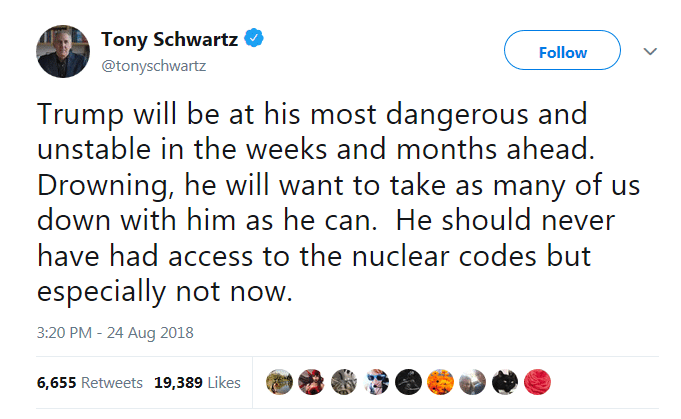 More from Tony Schwartz, “Art of the Deal” and… “Duty to Warn”.