Is the Russian-Ukraine war turning toward a Long War? President Putin orders Russian defense ministry to begin plan for 2023 increase in troop strength. Additional 137,000 troops, with new total in uniform increasing to ~1,150,628 …

Aug 25 (Reuters) – Russian President Vladimir Putin signed a decree on Thursday to increase the size of Russia’s armed forces from 1.9 million to 2.04 million as the war in Ukraine enters its seventh month.

Moscow has not revealed any losses in the conflict since its first weeks, but Western officials and the Kyiv government say they number in the thousands.

The increase includes a 137,000 boost in the number of combat personnel to 1.15 million. It comes into effect on Jan 1, according to the decree published on the government’s legislative portal. 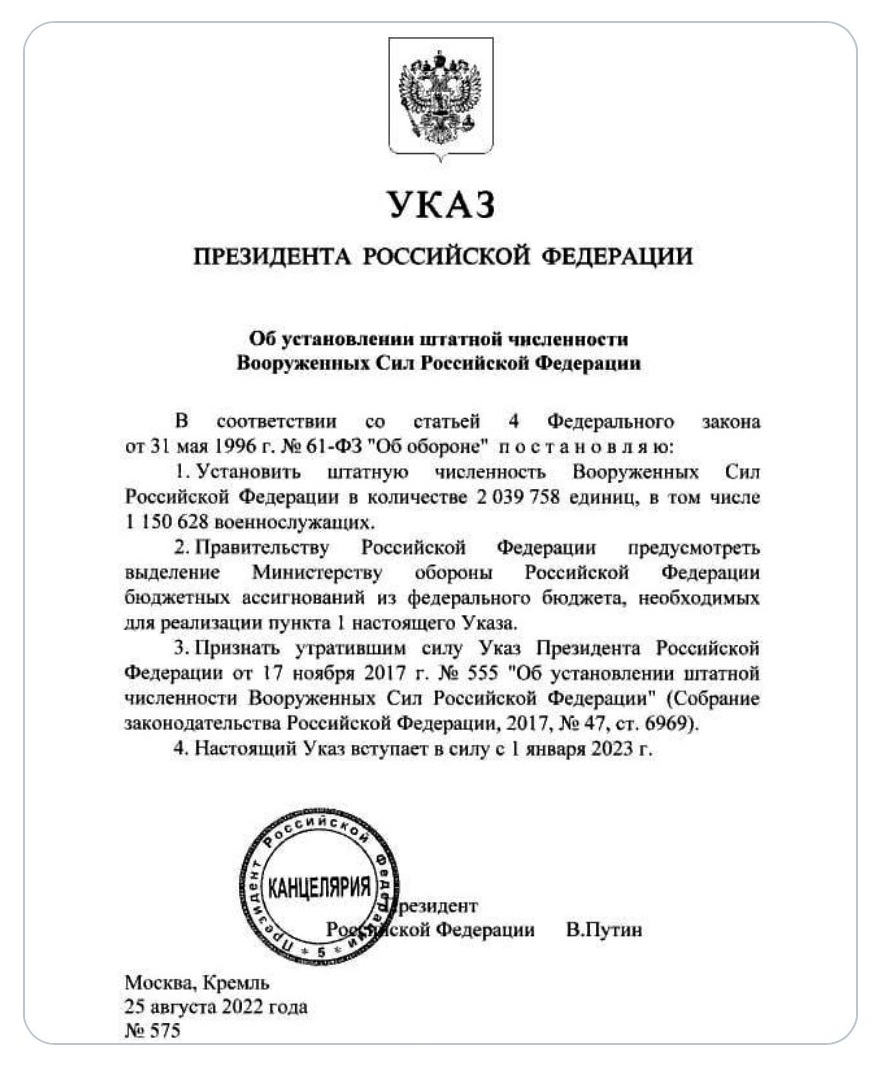