The lies of the Iraq war and subsequent disaster now shift toward an Iran disaster. After listening this past week to Israel’s PM present his country’s official POV regarding Iran, although it veered widely from top U.S. security officials public statements and testimony before Congress, the U.S. president has decided

The allies of the U.S., on record in opposition to the U.S. president’s threat (now memorialized) to leave the JCPOA, the international nuclear agreement.

The security horizon has been shaken as the U.S. abrogates the agreement — other security agreements will be threatened, the ability for international cooperation will come apart and need to be reconstructed over time.

Broken agreements and deconstruction of international frameworks is already a legacy of this administration. The future augurs damaging decisions with decades-long consequences.

‘This deal belongs to each and every one of us.’ 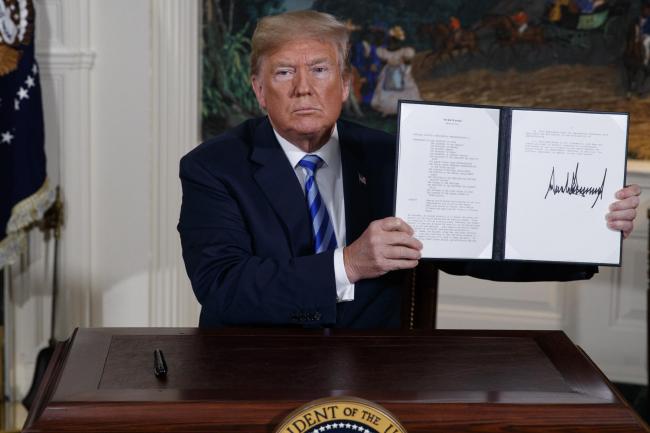 The president has spoken, reading his statement from a Teleprompter as the assembled press and cameras recorded.

U.S. participation in the international agreed upon JCPOA has ended.

Listening to the president’s approximately ten-minute talk explaining his decision is disconcerting to say the least.

The number of misstatements and outright untruths, lies, in the statement are notable, yet not unusual considering the plethora of lies that are tallied daily from media like the Washington Post’s Fact Checker.

In March and April, the two top U.S. security official testified before Congress that the JCPOA was being adhered to by Iran. There is no threat, reported or historic, against American cities.

Like with the run-up of false and falsified statements on WMDs before the Iraq war, the same sort of playbook is being rolled out again with some of the same players.

It has a deja vu feeling.

More than a replay of past mistruths that led to disastrous war, debt, migration, generational enmity, now comes whiffs of another war.

CNN’s reporter Barbara Starr cuts in, reporting LIVE from the PENTAGON, that Israel is preparing for an Iranian attack.

Memories of the SCUDs from Iraq and promises from PM Netanyahu that if the U.S. removed the Iraq regime and it ballistic missile threat, then undoubtedly peace would break out throughout the region. 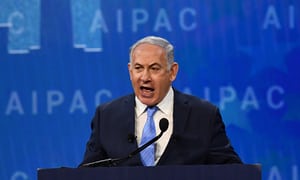 In reality, the opposite occurred. Hundreds of thousands have died, threats have increased, military weapons have proliferated, U.S. arms sales (and deep increases of aid to Israel and Saudi Arabia) have boomed. The region now looks to decades of crisis.

The migration of those fleeing the Mideast conflict has grown to tens of millions, according to the United Nations, and Europe is undergoing a new nationalism in reaction to waves of migration. Brexit with the backdrop of Blair’s Iraq war with Bush can be said now in the same breath, but few take into account the full costs of war. Strategic Demands attempts to face the full costs of war in the Mideast.

Those who think breaking existing international agreements, framework and cooperation as a road to peace have a logical slog that, looking back at trillions spent with subsequent chaos and hate, promises little peace going forward.

It is more than disconcerting to listen to a U.S. president attempt to rewrite history by claiming an alliance between Iran and ISIS. In fact, the deep religious and political gap between the two could not be more evident to anyone who has an objective analysis. Iranians are not Arab, to start, and their predominate branch of Islam, Shia, is seen as ‘heretical’ by Sunni Arabs. Iran fought against ISIS/IS/Jihadi forces in Iraq. Iran is in alliance with the Iraq government that the U.S. supports.

Iran fought against Sunni extremism in Afghanistan, and the Taliban, against al-Qaeda, against bin Laden.

Now the president states the opposite, as if the U.S. people are ignorant. Certainly, knowledge of history and trillions of dollars wasted, lives and opportunities lost, health and well-being at home shredded as safety nets come undone, are the order of the day.

Connections at home and abroad are threatened.

We hear the president claim today that European allies have been consulted and support him in his position on Iran.

Public statements by the leaders of France, Germany, the UK, belie his claim. What is happening here is another break between the U.S. and its allies.

The president is playing fast and loose with his abandonment of the agreement with U.S. allies.

The costs of serial policy disasters and cumulative breakdown of relations among nations will be felt for generations. 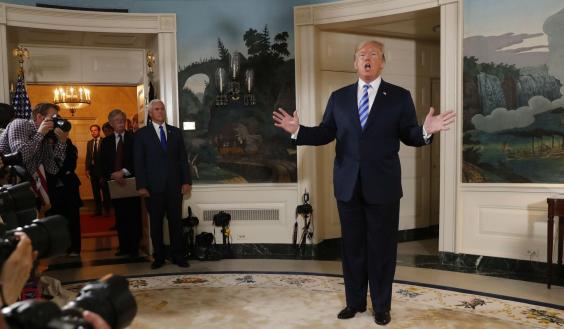 A disturbing question: How is it possible—15 years after the launch of one the greatest catastrophes in American history—that so many of the assumptions that guided America’s march to war in Iraq still dominate American foreign policy today?

Answering that question requires remembering the history that Netanyahu, Bolton, and their political and journalistic allies would likely prefer that Americans forget.

Via Slate / By Fred Kaplan

Trump Has Wrecked One of the Most Successful Arms-Control Deals in Modern History.

The president withdrew from the Iran nuclear deal because of spite, ignorance, or both.

Iran to negotiate with Europeans, Russia and China about remaining in nuclear deal 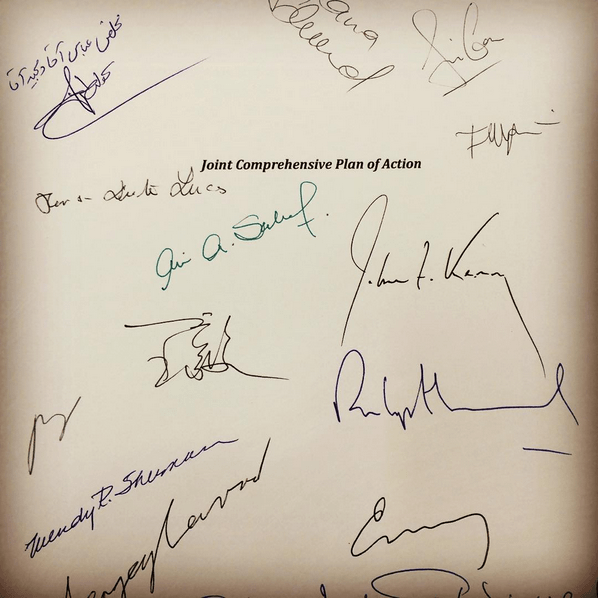