HRC as President: Why Do Neoconservatives Support Hillary?

As the US presidential campaign turns toward a one-to-one endgame between Hillary Clinton and Donald Trump, numerous neoconservatives within the interventionist wing of Republican foreign policy turn to supporting a Democrat

Neocons are so disgusted with Donald Trumps ‘rejection of foreign policy establishment thinking’ that the Neoconservative establishment have declared the unthinkable: They’re going to vote for Hillary Clinton.

Concerned that Trump would “destroy American foreign policy and the international system,” author Max Boot told Vox that Clinton would be “vastly preferable.” Historian Robert Kagan has also come out in favor of Clinton, saying he feels “comfortable with her on foreign policy.” Eliot Cohen, a former Bush administration official who has been called “the most influential neocon in academe,” declared Clinton “the lesser evil, by a large margin.”

It would be convenient to accept that this support is just part of a Faustian bargain neocons have reluctantly entered into because of the looming specter of Trump. But the truth is, neocons and assorted war hawks have long had a soft spot for Clinton and her views on foreign policy.

When President Obama nominated Clinton for secretary of state in 2008, Richard Perle, one of the Iraq War’s primary cheerleaders and chairman of the Defense Policy Board in the lead-up to the war, said he was “relieved.” “There’s not going to be as much change as we were led to believe.”

Conservative writer Noemie Emery, writing for the neocon Weekly Standard, dubbed Clinton “The Great Right Hope.” She wrote about the “relief” felt by conservatives that she was bringing her “steely-eyed stare” to the position of secretary of state, saying:

As for the conservatives, many of those who began 2008 willing to do anything to defeat her tended to end it feeling sorry she lost. They began to tell themselves and each other they would sleep better at night if she were the nominee of her party.

John McCain, another outspoken supporter of untold numbers of American wars, had this to say about Clinton on Chris Matthews’ Hardball in 2014:

MCCAIN: Do I think that she is good on foreign policy issues? I think it’s a—this is a legitimate question. Look, it is well-known that Secretary—Hillary Clinton and I have a good relationship. We have…

MATTHEWS: Well, don’t you agree on a lot?

MCCAIN: But—yes, we do agree on a lot.

Dick Cheney: “It would be interesting to speculate about how she might perform were she to be president.”

Are Neocons preparing to ally with Clinton? 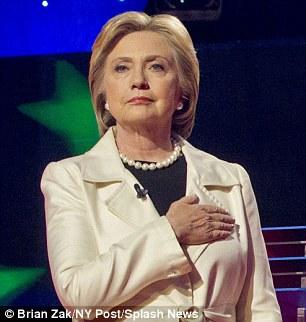