“Not a trivial matter”

As the US Congress continues to act in unprecedented ways, a push back gathers force on multiple fronts. Senator Tom Cotton from Arkansas, a Senator for two months, takes a lead position in a Republican “letter” to Iran.  Reactions last week and this week continue to produce unprecedented headlines

A quick review from across the mediasphere illustrates the risks of over-reach as right wing politics in the US House of Representatives begins to play out after the mid-term election, pushing agendas to confront the President in unprecedented ways and means. An invitation to the Israeli prime minister without notification to the White House is followed by another extreme measure. US Senate Republicans take an unprecedented action in sending an “open letter” to Iran, characterized widely as bordering on extremist in its politics and a ‘call to war’ as US/P5+1/Iran negotiations are undercut. Reactions in the US and among US allies hit back with historic headlines… 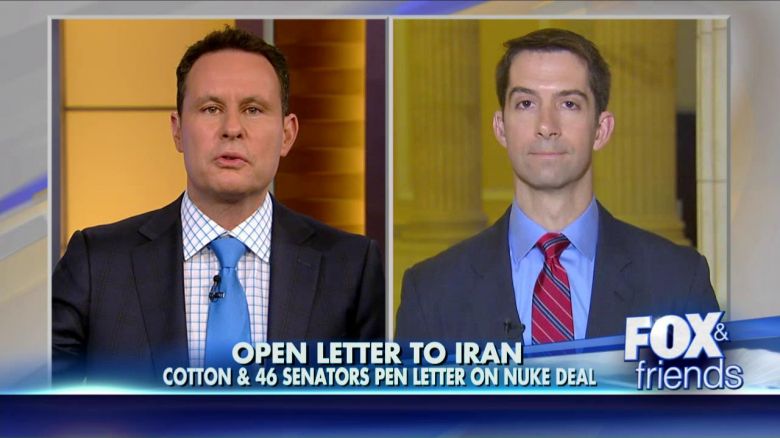 Congress weakens the US by playing politics abroad

John McCain: “It was kind of a very rapid process. Everybody was looking forward to getting out of town because of the snowstorm.”

and “Top Trending Topic” this week on US social media — #47Traitors — 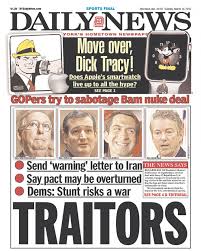