As the US President’s press conference ends, a hand in the press gallery continues to wave.

Clearly Mark Landler, the reporter, feels he has a question that needs to be asked. The President ends the press conference but then the President’s agrees to “one last question” as the reporter has kept his “hand in the air”.

The reporter from the New York Times begins by asking about the President’s “nuclear policy” over the last seven years.

We then realize that the question is at the center of the nuclear security and was not asked of or addressed by the President as the Summit concluded.

The President was summing up with “transnational threats” and “slow progress” between nations to address the many threats. It was understood that there may not be another follow-on nuclear security summit conference after Obama leaves office.

The breakdown in US-Russian relations was not addressed directly, but the rising tensions between the nations is a reality.

What was left out of the President’s concluding remarks comes into focus due to the reporter’s persistance.

Escalation and  a “new cold war”:  new (re-configured, improved technology, but “not new classes” of) nuclear weapons and delivery systems, more lethal, more compact, a more ‘usable’ generation of nuclear forces in development and production. The reporter’s question as to the impact of the new array of ‘miniaturized’ and deadly systems captured attendant risks as the nuclear security conference adjourned.

Even as numbers of strategic warheads have been reduced, the future of the next generation of nuclear weapons comes into play, in the US, Russia, China and the security risks are considerable.

Let’s raise the question of a reported Trillion dollars to be spent ‘upgrading’ the US nuclear arsenal and, as the reporter asked, the consequences and reactions to this next generation of nuclear weapons.

The President spoke of the conference’s accomplishments and future challenges,  of upgrading with new and better cyber-systems, increasing command and control protections, continuing to move negotiations forward with Russia in a post Smart II treaty world, and then neglecting to talk about proliferation, strategic and tactical, that has resulted from US nuclear weapons ‘modernization’.

The President did not mention China’s nuclear weapons build-up and ‘modernization.’

The President did not mention the next generation of tactical nuclear weapons being developed and planned for deployment — nor did he even touch upon the new arms reace resulting from reactions to these weapons.

The legacy of President Obama’s term in office should not be seen in the terms he chose to speak of in his final Summit remarks, or in his answers to press questions, particularly his answer to the last question.

The legacy left behind is more a ‘recipe for proliferation’, especially proliferating dangerous ‘usable’ tactical nuclear weapons, the B61-12 being foremost on this list with its F-35 fighter-bomber re-designed to introduce it to Europe.

To hear candidate Trump speak of NATO as he has donw this past week and his statements of the use of nuclear weapons ‘in Europe’, one has to be more than concerned with the systems that will be shortly put in place in Europe.

The next generation of modernized, miniaturized ‘smart’ tactical nuclear weapons will be deployed, according to projections, in Europe in 2020. 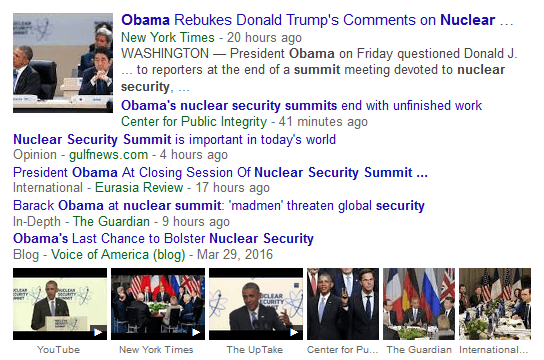 Re: the “statements” of Donald Trump

Mr. Trump said he was open to allowing Japan and South Korea to acquire nuclear weapons to deter their rogue neighbor, North Korea. He also declined to rule out using nuclear weapons in a military conflict in Europe, saying, “You don’t want to, say, take everything off the table.”

He first broached the issue of a nuclear-armed Japan and South Korea in an interview with The New York Times last week, putting it in the context of his case that the United States should no longer bear the full burden of defending its Asian allies. He defended his comments in a town-hall-style meeting on Tuesday in Milwaukee, televised by CNN.

Nuclear proliferation in Japan, North and South Korea … consider this in a Trump administration… 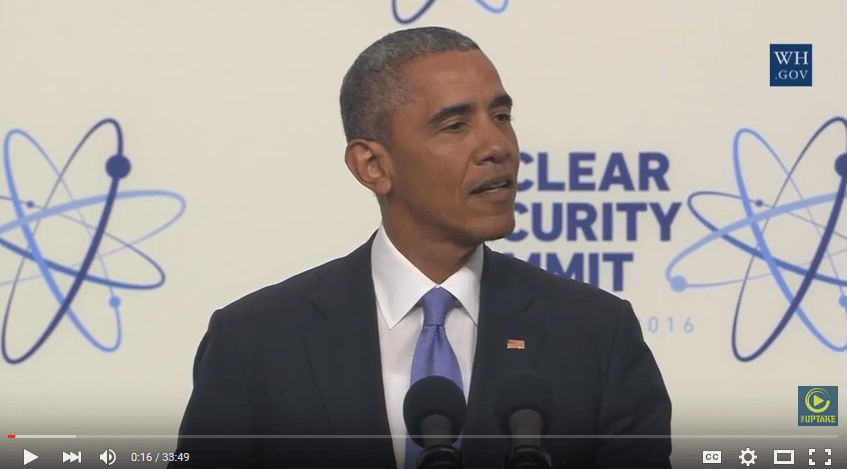