On the Day of John McCain’s Funeral

John McCain was a warrior and a patriot. To his last days he supported policies of extended war and a belief in American military strength. The questions he leaves behind, as the nation hears of his funeral and politics, are questions of victory — and of costs. Strategic Demands writes of this as “surviving victory” 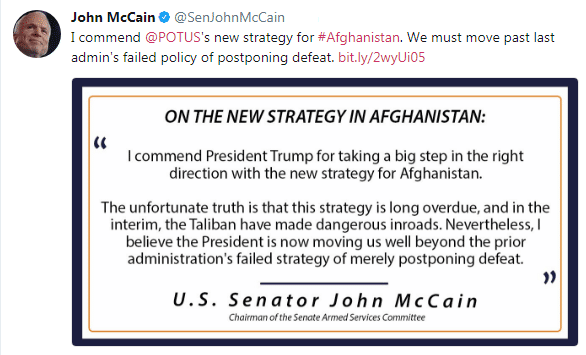 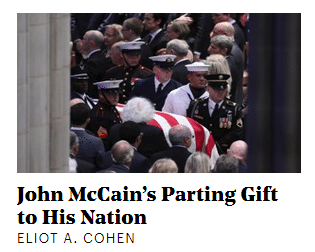 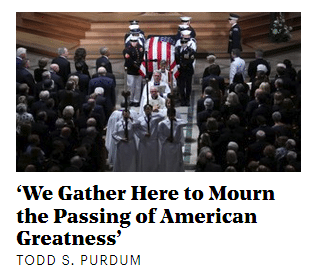 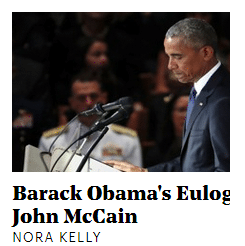 Via Voice of America

The 17th commander to lead the NATO and United States forces in Afghanistan in what has become America’s longest war took charge in a change of command ceremony in Kabul.

As commander General John Nicholson departs, General Austin Scott Miller of the U.S. Army is taking over at a time when Afghanistan is experiencing a combination of hope, apprehension, and uncertainty…

To the extent there is any United States (Afghanistan) strategy, it seems to lie in the hope that peace negotiations will begin with the Taliban, that the Taliban is exhausted enough to make concessions, and the United States will then be able to leave with something close to victory. No one seems to want to remember how such a seeming “victory” played out in Vietnam, or how peace talks ended in giving political victory to elements of the Pol Pot regime in Cambodia…

Given these conditions, Russia and China have little incentive to support the United States… The question General David Petraeus asked about Iraq in 2003 has become steadily less relevant to the war in Afghanistan with every year of fighting. How does this end? The right questions for the war in Afghanistan are does this war ever end? And how long will the United States stay?