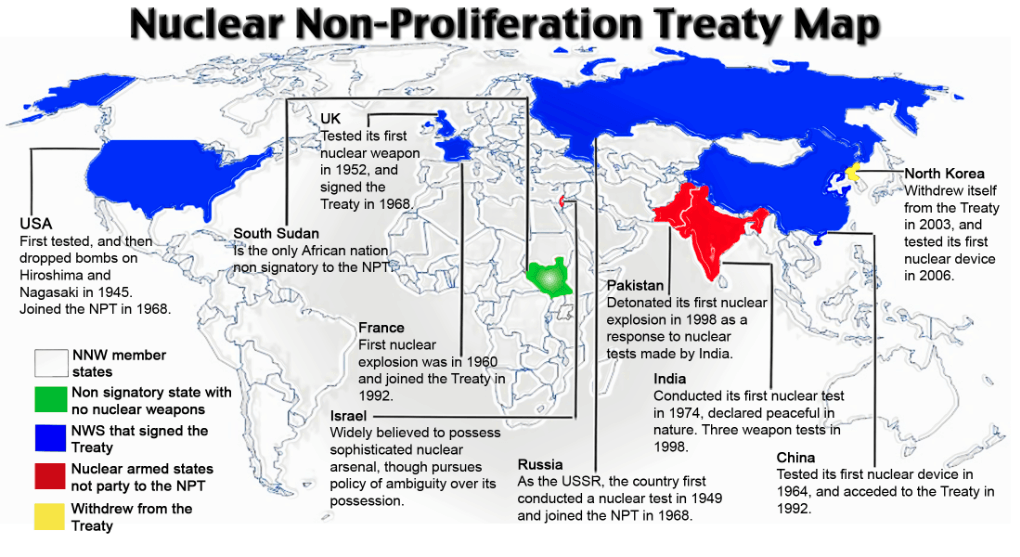 First, another in a series of reviews of what the Iran agreement’s Joint Comprehensive Plan of Action (JCPoA) is and isn’t. What we would point at and emphasize is the precedent set in the agreement as the International Atomic Energy Agency expands its authorities, powers, budget and experts who are to conduct unprecedented levels of nuclear monitoring.

These go far beyond the present oversight of the IAEA as it was before the agreement.

What has yet to be discussed much at all publicly is the JCPoA has led to expanded and improved oversight capabilities. These enhanced powers are now a key element in IAEA oversight in cooperation with state intelligence capabilities.

The NPT, the non-proliferation treaty, needs to continuously be revisited for effective enforcement. The recent five-year non-proliferation review conference was a step backward in its support and lack of cooperative agreement on improved oversight.

The fallout from the conference has led to an escalation on the part of Egypt in a direct challenge to Israel over nuclear weapons, delivery systems, and the refusal of Israel to join any non-proliferation agreement.

Haaretz, in recent articles, has begun to explore these serious questions:

Sep 01, 2015 — Israel has asked Egypt to stop its efforts to advance a resolution to subject Israel’s nuclear facilities to international inspection, a motion expected to come up for a vote at the International Atomic Energy Agency’s General Conference in two weeks, senior officials in Jerusalem said…

Israeli anger at Egypt over this particular issue began in May when the Egyptians led a drive to advance a resolution at the Nuclear Non-Proliferation Treaty Review Conference, one that would have called for an international conference on making the Middle East a nuclear-free zone. The resolution was blocked with the help of the United States and Britain. Harsh words were exchanged after the conference between Egyptian and Israeli officials, including between Netanyahu and Sissi. Those conversations apparently had little impact, since Egypt is continuing to challenge Israel on the nuclear issue.

The draft resolution, entitled “Israel’s nuclear capabilities,” has been proposed repeatedly to the IAEA by Egypt in recent years. It condemns Israel, demands that it open its reported nuclear facilities to IAEA inspection, and calls for an international conference on making the Middle East a nuclear-weapons-free zone. Unlike UN Security Council resolutions, this one wouldn’t be binding.

For the past three years, Israel has succeeded in mustering a majority against Egypt’s IAEA resolutions, thanks partly to Israeli proposals for a direct regional security dialogue with Arab states under UN auspices. Egypt and various other countries have rejected these proposals, but they earned Israel considerable international credit.

The Middle East is in the process of change. On nuclear proliferation, political decisions seem to be moving toward diplomacy, even as September 1 news reports preemptive strikes on Iran that were called off and US candidates for the Republican presidential nomination promise to throw out the Iran agreement (and international P5+1 cooperation) ‘on a first day in office’ and commence with unilateral re-applied sanctions and, in effect, war preparations.

The polls in the US show little support for another Mideast war as supporters of a broader war attempt to appeal to their wary base. Former neo-conservative (and Israel leadership) predictions of rapid victory in Iraq have proven to be a lingering, costly reality that is not a victory and is more a case of ‘surviving victory’.

The choice of another war looms politically with this reality, even as ‘preemptive tools of disarmament’ being applied to Iran by western powers promise to supplant preemptive military strikes. The ability of the IAEA to monitor parties, and the current expansion of international monitoring capabilities now in process, stands in contrast to any US unilateral move away from intelligence cooperation and assertive diplomacy.

A larger non-proliferation agenda is enhanced by an Iran agreement. Key are enhanced IAEA and intelligence capabilities.