Profound story of one general on mission to change the medical profession and treatment of the human costs of war… Experts told him it would be years, if ever, before more advanced tests could be developed for PTSD… Chiarelli assumed command of One Mind for Research, a nonprofit focused on advancing treatment of brain injury and mental illness. “I’m going to keep working this”…

January 19, 2015 Update — The word “Zeitgeist” comes to mind as the Box-office success of the movie “American Sniper” hits the Hollywood business press and is circulated in the mainstream media as the film garners reviews and award nominations.

Let us pause for a moment to consider the temper of the times and the costs of a generation of warriors wounded and soldiers paying a price after they leave the field of battle — as with the reality of Chris Kyle, the hero of Sniper who was shot dead by a veteran with PTSD.

The wounds brought home, as with veterans of wars in Iraq, Afghanistan and before, the war in Vietnam, are lasting.

Even as some speak of the ‘black and white, good and bad’ of war, the memories and consequences carry forward… 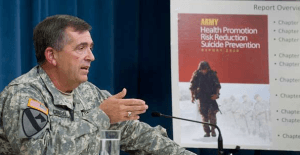 Soon after Peter Chiarelli became vice chief of staff of the Army in 2008, a subordinate showed him a bar graph depicting the number of soldiers determined by the Department of Veterans Affairs to be at least 30 percent disabled. The tallest column was on the far left… The big column, which represented 36 percent of seriously injured soldiers, was labeled “PTSD or TBI.”

Read the article from Politico / December 27, 2014
Excerpted from For Love of Country 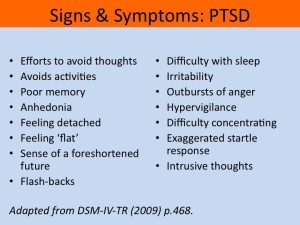 Chiarelli set out to learn everything he could about PTSD and TBI. The task took on even greater urgency a month later, when the Army tallied that 115 soldiers had committed suicide in 2007. That was the most since the Army began counting in 1980 and nearly twice the national suicide rate. Chiarelli’s boss, General George Casey Jr., asked him to figure out why so many soldiers were taking their own lives.

He learned that troops claiming post-traumatic stress—PTS, he insisted, not PTSD—were diagnosed with a twenty-question test. Are you feeling irritable or having angry outbursts? Have you lost interest in things you used to enjoy? There was no blood test or brain scan.

“Imagine going to your doctor because you think you have a broken leg and your doctor asks twenty questions, and then your doctor says, ‘You don’t have a broken leg. You can go home.’ You’d say, ‘Aren’t you going to X-ray my leg?’ That’s how we diagnose PTS,” he said. “This is like having a heart attack, and when you show up in a hospital, it’s 1945.”

Experts told him it would be years, if ever, before more advanced tests could be developed for PTS. So Chiarelli directed his energies toward expanding mental health treatment programs in war zones and on domestic bases, and he pushed military doctors to explore the efficacy of alternative therapies…

In January 2012, Chiarelli’s term as vice-chief was over. That April, after nearly forty years in uniform, he retired…

Chiarelli moved back home to Seattle and assumed command of One Mind for Research, a nonprofit organization focused on advancing research and treatment of mental illness and brain injury. “I’m going to keep working this,” he told friends in the Army. “I’m not throwing in the towel…”

“We’re basically treating these great volunteers the same way we treated their dads after Vietnam and their grandfathers after World War II,” Chiarelli said. “We owe them more than that.”

Approximately 250,000 of the 697,000 U.S. veterans who served in the 1991 Gulf War are afflicted with ‘Gulf syndrome’, enduring chronic multi-symptom illness, a condition with serious consequences.

“PTSD and the Truth” 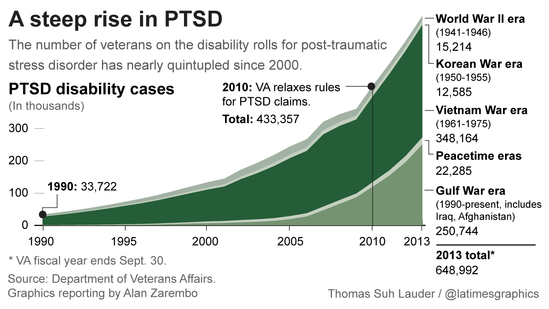 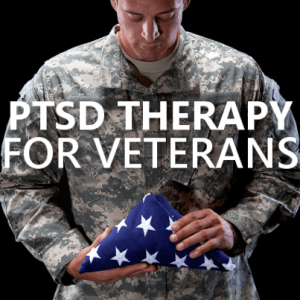 There are two widely used treatments for PTSD at the V.A. One is called cognitive processing therapy. The other is prolonged exposure therapy…

David J. Morris, a former Marine infantry officer, is the author of the forthcoming book “The Evil Hours: A Biography of Post-Traumatic Stress Disorder.”