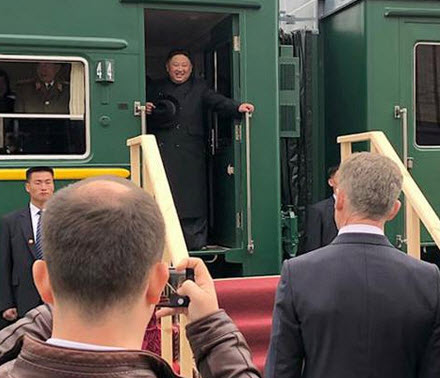 VLADIVOSTOK, Russia (AP) — Smiling and upbeat, North Korean leader Kim Jong Un on Wednesday stepped off his khaki-green armored train in far-eastern Russia for a much-anticipated summit with President Vladimir Putin that comes amid deadlocked diplomacy on his nuclear program.

Kim, dressed in a black coat and a fedora, first met with Russian officials at Russia’s Khasan train station near its border with the North, before traveling on to the Pacific port city of Vladivostok for a summit with Putin on Thursday (April 25, 2019) .

“I have heard a lot about your country and have long dreamt of visiting it,” Kim was quoted as saying. “It’s been seven years since I took the helm, and I’ve only just managed to visit.”

Kim evoked his father’s “great love for Russia” and said that he intends to strengthen the ties between the two countries.

Over the next several days, Strategic Demands will report on the Vladivostok meeting of Kim Jong Un and Vladimir Putin.

The alliances of Russia and China with North Korea add multi-dimension to the U.S. nuclear negotiations with North Korea. We will look at these ‘entangling alliances’ and conflicting security interests as a new round of talks begins following the failed Hanoi talks between the U.S. president and North Korea leader.

Russia’s President, Vladimir Putin, with deepening ties to China’s General Secretary and President Xi Jinping, undoubtedly will have a central role here, as the nuclear weapons capabilities of North Korea go back to the early days of Russian nuclear assistance and any definition and agreement on denuclearization of the Korean peninsula will necessarily involve China and Russia. 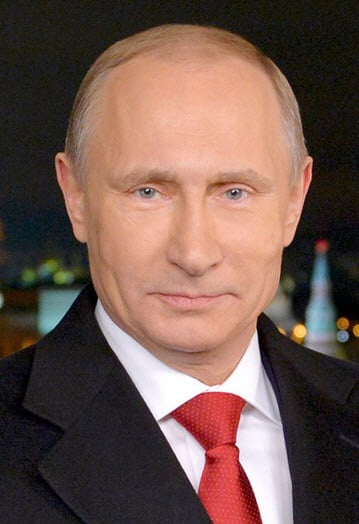 “They (the North Koreans) only need guarantees about their security. That’s it. All of us together need to think about this,” Putin told reporters after his first ever face-to-face talks with Kim.

“…I’m deeply convinced that if we get to a situation when some kind of security guarantees are needed from one party, in this case for North Korea, that it won’t be possible to get by without international guarantees. It’s unlikely that any agreements between two countries will be enough.”