Final results in Israel’s election:  The Likud party draws nearly 25% of the vote and will begin work to form a government. Opposition leader Herzog announces there will be no “unity” government

The outcome of the election surprised many, given that polls leading up to the election were predicting a closer race and perhaps the upset of prime minister Netanyahu and the Likud bloc.

It was not to be and the campaign itself has left a residual effect that will now be confronted. The Israeli people have now endorsed and are supporting a far-right agenda that is moving further toward dissension in its policy pronouncements.

Public statements by prime minister Netanyahu at the end of the campaign renounced a two-state goal for peace negotiations and hardened positions regarding Palestinians, casting Israeli Arab citizens as threats for voting.

Recent attempts to block US/P5+1 Iranian negotiations and move the US toward another war have ramped up and come with history.  The prime minister’s push for the Iraq war were recently pointed at by US Secretary of State Kerry, and this time the calls for war with Iran are again ballyhooed by right-wing supporters in the US. The unprecedented actions taken by the prime minister two weeks before the elections and following ‘open letter’ from Republicans have elicited much negative push back from all quarters, domestic and international. The election holds multiple consequences.

The failed negotiations with Palestinians, the rejection of US peace attempts, the hardline calls for another war, the undercutting of the US administration by Republicans, the rejection of UN and EU efforts to mediate, a host of questions regarding day-to-day policies are all now open to question, and the questions will sharpen — they cannot be avoided, the questions of security and policy, war and peace are altogether appropriate to be asked and answered.

The speech by the prime minister to the US Congress and statements before and after have shaken the politics of the past and set the stage for more confrontation.

Perhaps the minister’s political shifts on two-state negotiation, his pointing at Israeli Arab voting as a dire threat, his promise to aim for a greater Israeli state with attendant single-state issues of population, his promises to the religious vote, his escalating threats to bomb Iran no matter what negotiations produce, were all necessary in his opinion to prevail in the elections. Certainly tactics that implore strength and invoke fear have produced political results throughout history.

The results of these tactics however may be far less successful than an election won. The future relationships between Israel and its allies and enemies have just become considerably more complicated, if they weren’t complicated enough…

Speaking of money and politics

US donors providing most of Netanyahu’s reelection funds

American donors donated around $237,000, 90% of total contributions to the PM’s reelection campaign

and from Bill Moyers who continues to focus on the influence of money on U.S. politics

Herzog: Opposition is the only realistic option 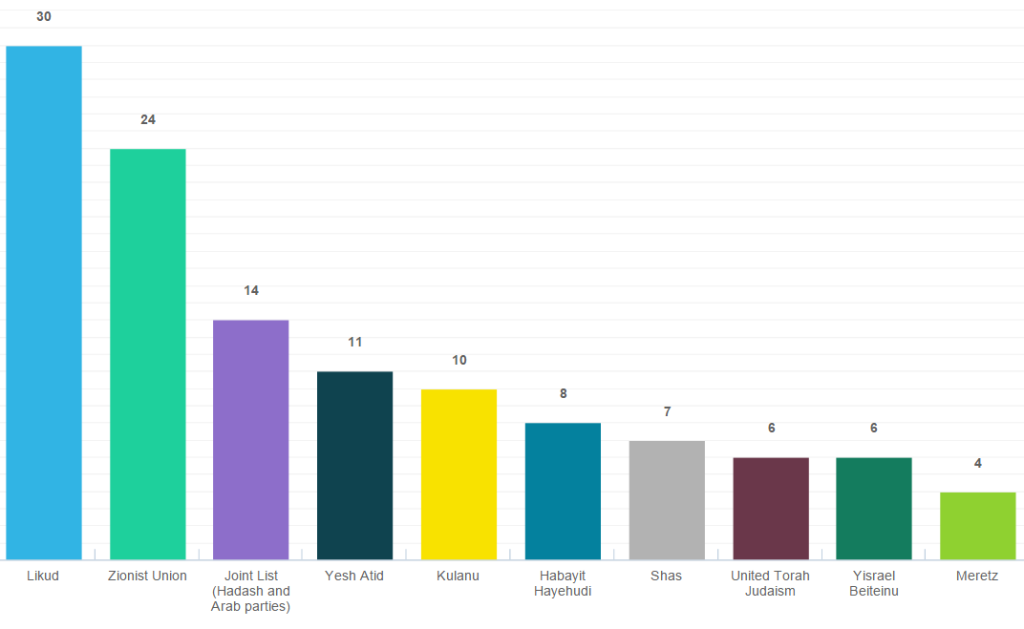 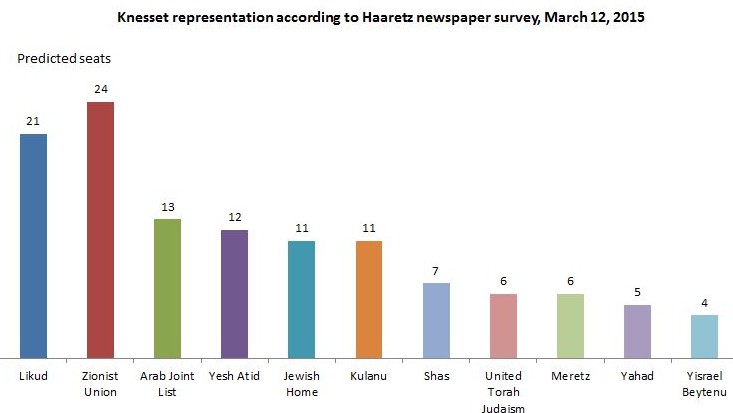 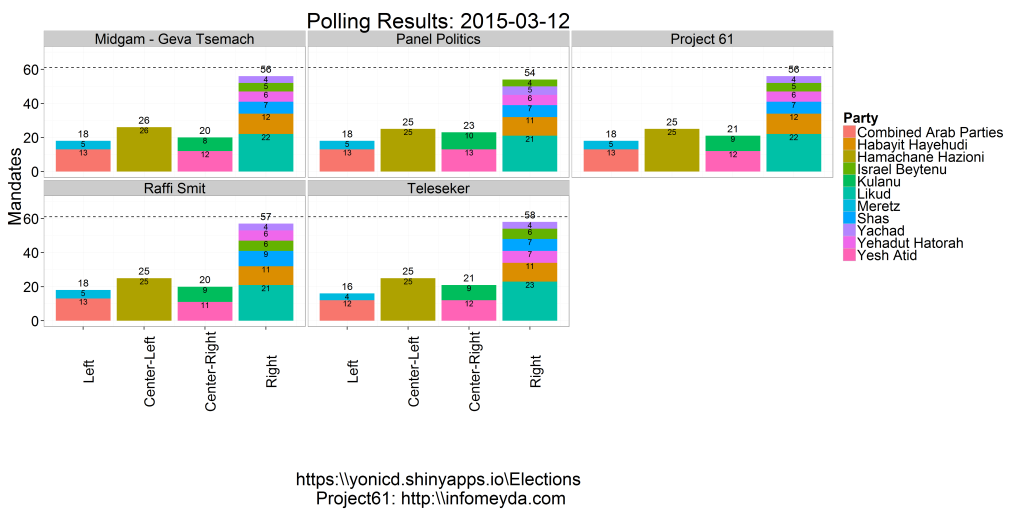