As the political world calls the war in Ukraine what it is, “a war”, Russia’s president travels to the East and announces that Russia is winning in Ukraine and ‘the West’ will pay a steep price as winter arrives and Russia cuts off gas supplies to Europe. Perhaps previous winter wars are on President Putin’s mind … 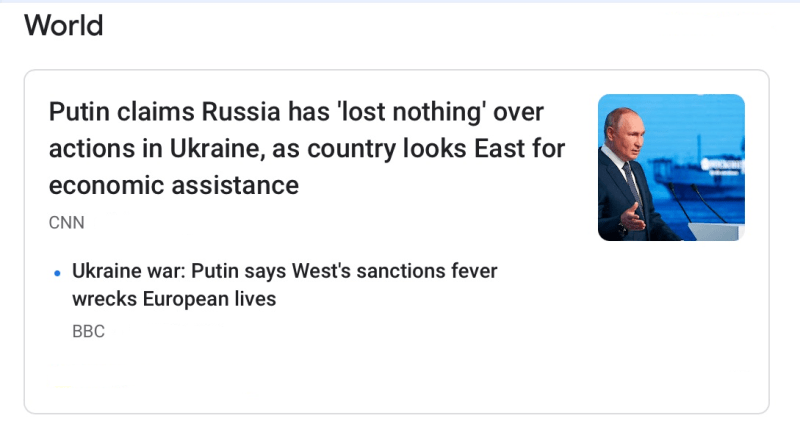 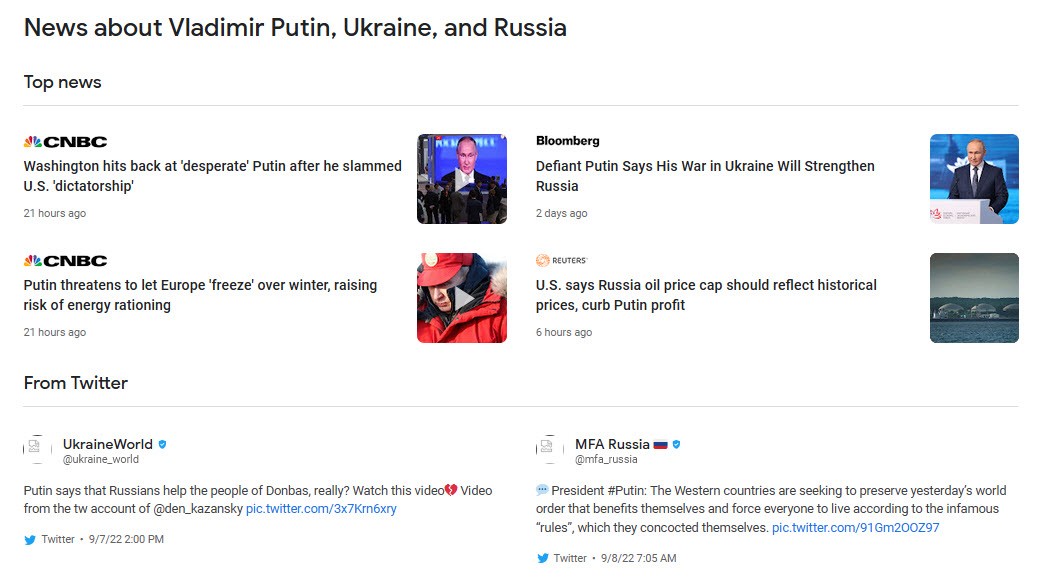 Russian President Vladimir Putin said on Wednesday (Sept. 7)  that Russia is ‘trying to finish it’ in Ukraine.

Speaking at an economic forum in the far eastern city of Vladivostok, Putin attempted to defend the costs of what he termed his country’s “special military operation” in Ukraine, despite recent Western intelligence reports that indicate Russia is facing severe shortages of military personnel and equipment.

“We have lost nothing and are not going to lose anything. Our main gain is the strengthening of our sovereignty. We didn’t start anything, in terms of military action, but are only trying to finish it,” Putin told the audience.

In a statement Monday, British Defense Secretary Ben Wallace said more than 25,000 Russian soldiers are estimated to have died since the start of Putin’s invasion in February this year.
Chinese President Xi Jinping holds talks with Russian President Vladimir Putin at the Diaoyutai State Guesthouse in Beijing, capital of China, Feb. 4, 2022.

Russia has paid an economic price for its aggression, too. A wave of punishing sanctions from Western nations targeting Russia’s vital energy exports and its financial system has left the country grappling with recession, and potentially facing a prolonged period of stagnation.

Wednesday’s Eastern Economic Forum, which focuses on building investment ties between Russia’s eastern region and global investors, comes on the heels of an announcement from Russian energy giant Gazprom on Tuesday that it had signed an agreement to start switching payments for gas supplies to China to yuan and rubles instead of dollars, a development that was referenced by Putin in his address Wednesday.

The forum also saw China’s number three leader, Li Zhanshu, a member of the Chinese Communist Party’s Politburo Standing Committee and the country’s top legislator, meet in person with Putin on Wednesday, in what was the most senior-level, face-to-face meeting between the two countries since Moscow’s invasion of Ukraine. The two were pictured together at a forum plenary session.

Washington hits back at ‘desperate’ Putin after he slammed U.S. ‘dictatorship’

MFA Russia: President #Putin ‘The Western countries are seeking to preserve yesterday’s world order that benefits themselves and force everyone to live according to the infamous “rules”, which they concocted themselves’

💬 President #Putin: The Western countries are seeking to preserve yesterday’s world order that benefits themselves and force everyone to live according to the infamous “rules”, which they concocted themselves. pic.twitter.com/91Gm2OOZ97