Well over a decade ago, Strategic Demands founders put together a unusual conference in Washington DC. Entitled “Surviving Victory”, an ominous look at the security horizon. The conference brought together one of our own, Roger Morris with his National Security Council and political historian experience, and experts such as Steve Clemons, Susan Rice, Pentagon expert Winslow Wheeler (who filled in for William Hartung), Charles V. Peña, Julia Sweig …

Let us travel from back then to today.

The Surviving Victory conference was based upon the ‘Security Brief’, Strategic Demands of the 21st Century, written by Roger Morris and Steven Schmidt.

Surviving Victory: From the Archive

November 2004 / The Arabic-language network Al-Jazeera released a full transcript Monday of the recent videotape from Osama bin Laden in which the head of al Qaeda said his group’s goal is to force America into bankruptcy.

“We, alongside the mujahedeen, bled Russia for 10 years until it went bankrupt and was forced to withdraw in defeat,” bin Laden said.

He also said al Qaeda has found it “easy for us to provoke and bait this administration.”

“All that we have to do is to send two mujahedeen to the furthest point east to raise a piece of cloth on which is written al Qaeda, in order to make generals race there to cause America to suffer human, economic and political losses without their achieving anything of note other than some benefits for their private corporations.”

The band of Mujahideen fighters in Afghanistan, a radical wing of Jihadi thought, changed from receiving US support to vehemently opposing the escalation of US oil/gas concessions and ‘western influence’ in the Mideast.

The memory of the defeat of the Soviet Union in Afghanistan earlier by Mujahideen, and  the strategy to ‘bankrupt’ the Russians with a prolonged unwinnable war, comes back into view. The collapse of the Soviet Union, as a result of military ‘overextension’ and resulting economic pressures and societal breakdown, were hoisted as a banner by the fighters at the southern border of the USSR, who were supported by the US clandestinely

Q: The former director of the CIA, Robert Gates, stated in his memoirs [“From the Shadows”], that American intelligence services began to aid the Mujahadeen in Afghanistan 6 months before the Soviet intervention. In this period you were the national security adviser to President Carter. You therefore played a role in this affair. Is that correct?

Brzezinski: Yes. According to the official version of history, CIA aid to the Mujahadeen began during 1980, that is to say, after the Soviet army invaded Afghanistan, 24 Dec 1979. But the reality, secretly guarded until now

Brzezinski: Yes. According to the official version of history, CIA aid to the Mujahadeen began during 1980, that is to say, after the Soviet army invaded Afghanistan, 24 Dec 1979. But the reality, secretly guarded until now, is completely otherwise: Indeed, it was July 3, 1979 that President Carter signed the first directive for secret aid to the opponents of the pro-Soviet regime in Kabul. And that very day, I wrote a note to the president in which I explained to him that in my opinion this aid was going to induce a Soviet military intervention.

Q: Despite this risk, you were an advocate of this covert action. But perhaps you yourself desired this Soviet entry into war and looked to provoke it?

Brzezinski: It isn’t quite that. We didn’t push the Russians to intervene, but we knowingly increased the probability that they would.

Q: When the Soviets justified their intervention by asserting that they intended to fight against a secret involvement of the United States in Afghanistan, people didn’t believe them. However, there was a basis of truth. You don’t regret anything today?

Brzezinski: Regret what? That secret operation was an excellent idea. It had the effect of drawing the Russians into the Afghan trap and you want me to regret it? The day that the Soviets officially crossed the border, I wrote to President Carter: We now have the opportunity of giving to the USSR its Vietnam war. Indeed, for almost 10 years, Moscow had to carry on a war unsupportable by the government, a conflict that brought about the demoralization and finally the breakup of the Soviet empire.

Q: And neither do you regret having supported the Islamic [integrisme], having given arms and advice to future terrorists?

Brzezinski: What is most important to the history of the world? The Taliban or the collapse of the Soviet empire? Some stirred-up Moslems or the liberation of Central Europe and the end of the cold war?

>The above is translated from the French by Bill Blum author of the indispensible, “Killing Hope: US Military and CIA Interventions Since World War II” and “Rogue State: A Guide to the World’s Only Superpower” 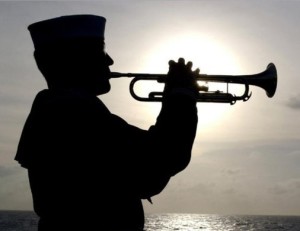 Today, the day after Memorial Day 2018 in the US, it is more than timely to ask how is the going?

Let’s take a snapshot of ‘progress’ on the ‘war on terror’, courtesy of Nick Turse and Tom Engelhardt, excerpted from this past week at TomDispatch.com who have continued their tracking of American military reach.

The writers at Dispatch remind your Strategic Demands editor of a former time, when he worked with Dispatch News Service back in 1970 to release the My Lai writings of Sy Hersh.

Although I did not know him during the Nixon period, Roger Morris, my associate at the Green Institute who joined with me to write Strategic Demands of the 21st Century as a basis for the Surviving Victory conference, was at work as a senior staff member of the National Security Council in the White House.

Now we look back as we together present our Surviving Victory conference in DC, and build on decades of our work in the 1970s/80s and 90s. Our voices remain strong.

The strategic demands remain —  New definitions of national security and new strategies to ‘survive victory’, that is to survive the failed policies of the past decades and the new wars the nation has now set in motion.

Beyond the vested interests, the experts, the war planners, the ‘over-extension’ of a nation at war across the globe, the need now is for voices to present alternatives to what is often called “perpetual war”.

Once upon a time, dystopian fiction was left to the novelists: Aldous Huxley, George Orwell, Margaret Atwood, Philip K. Dick. And once upon a time, the futuristic dreams of the military were distinctly upbeat. They were of generals leading armies to victory, of air power causing the morale of enemy nations to collapse (with surrender on the menu), of admirals dominating the seven seas with a fleet beyond compare — 11 aircraft carriers included — that would awe the rest of the world.

That was then; this is now. These days you’re likely to hear the word “victory” in Washington about as often as “peace.” In fact, according to the Washington Post, the futuristic phrase of the moment at the Pentagon, the one regularly on the lips of “senior officers,” is the dystopian “infinite war.” In translation: almost 17 years after the administration of George W. Bush launched its Global War on Terror and American military conflicts began to spread across the Greater Middle East, Asia, and Africa, no end is in sight. Ever. And that’s not just a passing phrase in the Pentagon’s arsenal of words.

… (E)arly as 2016, the Pentagon’s fantasists were already producing dystopian scenarios of the first order, bloodcurdling tales of a forever-war-fighting future as an over-muscled replication of the present never-ending war on terror. They were already, that is, beginning to write their own Brave New World (of War), their own 2084, their own The Lieutenant’s Tale, their own Do Drones Dream of Electric Terrorists?; they were, in short, creating stunningly well-funded gravestones for the American (and global) future.

Mark Karlin: How much money has gone to the U.S. war on terror and what has been the impact of this expenditure?

Tom Engelhardt: The best figure I’ve seen on this comes from the Watson Institute’s Costs of War Project at Brown University and it’s a staggering $5.6 trillion, including certain future costs to care for this country’s war vets. President Trump himself, with his usual sense of accuracy, has inflated that number even more, regularly speaking of $7 trillion being lost somewhere in our never-ending wars in the Greater Middle East. One of these days, he’s going to turn out to be right.

As for the impact of such an expenditure in the regions where these wars continue to be fought, largely nonstop, since they were launched against a tiny group of jihadis just after September 11, 2001, it would certainly include: the spread of terror outfits across the Middle East, parts of Asia, and Africa; the creation — in a region previously autocratic but relatively calm — of a striking range of failed or failing states, of major cities that have been turned into absolute rubble (with no money in sight for serious reconstruction), of internally displaced people and waves of refugees at levels that now match the moment after World War II, when significant parts of the planet were in ruins; and that’s just to start down a list of the true costs of our wars.

At home, in a far quieter way, the impact has been similar. Just imagine, for instance, what our American world would have been like if any significant part of the funds that went into our fruitless, still spreading, now nameless conflicts had been spent on America’s crumbling infrastructure, instead of on the rise of the national security state as the unofficial fourth branch of government. (At TomDispatch, Pentagon expert William Hartung has estimated that approximately $1 trillion annually goes into that security state and, in the age of Trump, that figure is again on the rise.)

Part of the trouble assessing the “impact” here in the U.S. is that, in this era of public demobilization in terms of our wars, people are encouraged not to think about them at all and they’ve gotten remarkably little attention. So sorting out exactly how they’ve come home — other than completely obvious developments like the militarization of the police, the flying of surveillance drones in our airspace, and so on …

Donald Trump would have been inconceivable as president without those disastrous wars, those trillions squandered on them and on the military that’s fought them, and that certainly qualifies as “impact” enough.