Nuclear-armed states are on the wrong side of history. The Treaty on the Prohibition of Nuclear Weapons will enter into force on 22nd January 2021 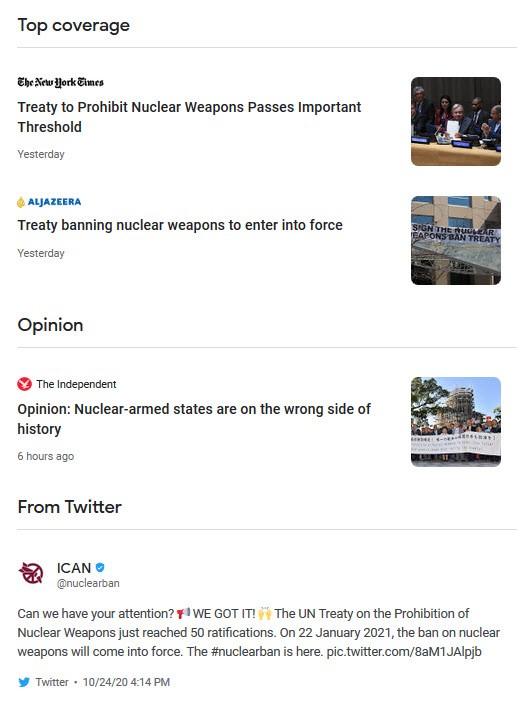 The United Nations announced on October 24th, 2020, that the Treaty ratification threshold had been achieved, a little more than three years after the Treaty to Prohibit Nuclear Weapons was completed in negotiations at the organization’s New York headquarters.

Secretary General António Guterres said the 50th ratification was “the culmination of a worldwide movement to draw attention to the catastrophic humanitarian consequences of any use of nuclear weapons.”

Fifty countries have now ratified the treaty, so it will become international law. The United States and the eight other nuclear-armed powers reject it but have failed to stop its advance.

Can we have your attention?

The UN Treaty on the Prohibition of Nuclear Weapons just reached 50 ratifications.

On 22 January 2021, the ban on nuclear weapons will come into force. The #nuclearban is here.