A new Cold War is a legacy of the Obama administration … a trillion-dollar nuclear weapons modernization is underway. The new president is inheriting new nukes and an apocalyptic array of nuclear delivery systems. From cruise missiles, tactical and strategic, to hypersonic nuclear warheads bouncing off the atmosphere, U.S. nuclear proliferation is ominous reality 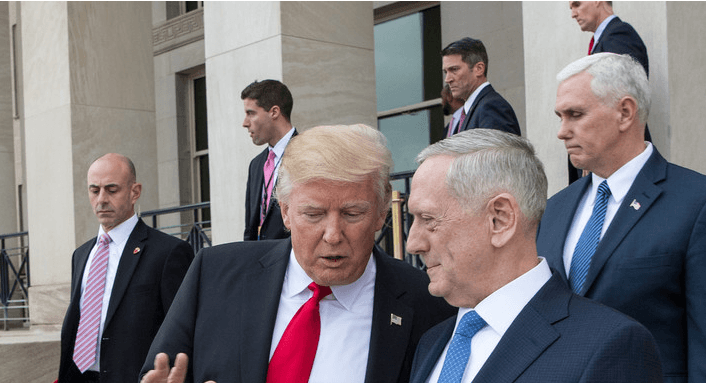 WASHINGTON – On Dec. 22, just weeks from taking office, then President-elect Donald Trump shook the military and nuclear communities by tweeting out that the U.S. “must greatly strengthen and expand its nuclear capability until such time as the world comes to its senses regarding nukes.”

It was a stunning statement, as the push to limit expansion of atomic arms has been a cornerstone of American policy since the height of the Cold War. But Trump doubled down the next day.

“Let it be an arms race,” the president said, according to Mika Brzezinski, co-host of MSNBC’s Morning Joe. “We will outmatch them at every pass and outlast them all.”

Now, having ordered a new review of America’s nuclear arsenal, the world is watching to see how Trump will follow through on those comments.

In a Jan. 27 executive order signed at the Pentagon, Trump directed Secretary of Defense Jim Mattis to “initiate a new Nuclear Posture Review [NPR] to ensure that the United States nuclear deterrent is modern, robust, flexible, resilient, ready, and appropriately tailored to deter 21st-century threats and reassure our allies.”

It’s wide open language, leaving General Mattis with significant leeway over how the study will be run, who will be involved, and even the timetable, all factors that are certain to affect the study’s conclusions. As Jeffrey Lewis, director of the East Asia Nonproliferation Program at the James Martin Center for Nonproliferation Studies, puts it: “Trump is basically turning nuclear policy over to Mattis, whether Trump realizes it or not.”

But how much will really change? Analysts largely agree the modernization plan put forth from the Obama administration will probably remain intact — but note it’s the policies around the edges, and who gets to shape those policies, that will be key … nuclear experts believe that major changes to the current modernization program under Trump are unlikely.

That’s largely because the Obama administration had set the Pentagon on an ambitious modernization course that will see almost the entire nuclear weapons complex renewed.

The Pentagon is preparing to spend billions of dollars over the next 15 years to develop and procure the new B-21 bomber, a new fleet of nuclear submarines, and a new design for intercontinental ballistic missiles.

In addition, the Pentagon  plans to develop new command and control capabilities as well as a new cruise missile. 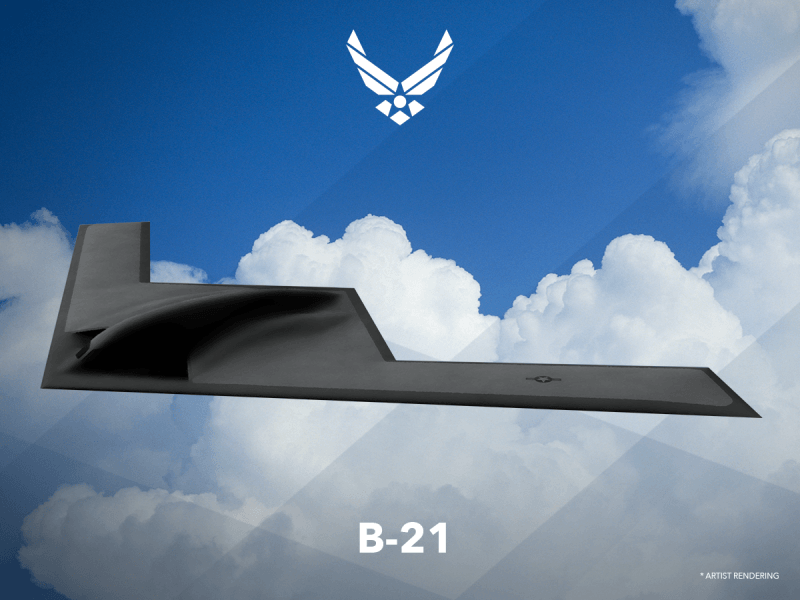 Kingston Reif, an analyst at the Arms Control Association, says … “I think Mattis is the wildcard… The nature of the process, based on how it has been conducted in the past, will give him disproportionate influence over the outcome…. What that will ultimately mean for the end result remains to be seen.”

Reif predicts the emerging Pentagon leadership will push for a traditionally conservative nuclear posture, one that prioritizes deterrence and modernization over nonproliferation.

Said Jeffrey Lewis, “I would expect it to look a lot like the Bush one, which was an unrealistic wish list of the conservative defense types that went nowhere. I presume Mattis and [Deputy Defense Secretary Bob Work] will push for a pro-forma internal study that ratifies what they already want to do.”

Peter Huessy, a senior defense consultant with the Air Force Association, predicts a “stay the course — plus” policy to emerge, continuing the modernization efforts of the Obama administration but looking to fill perceived near-term gaps in the nuclear posture. That potentially includes trying to speed up the procurement of the big modernization programs, as well as flowing extra funding to the National Nuclear Security Agency (NNSA), where the modernization of a new wave of warheads is ongoing.

The NNSA, within the Department of Energy, is pursuing a modernization plan known as the “3+2 Strategy,” under which the NNSA is consolidating the American arsenal of warheads into five variants. Five bomb and cruise missile warhead types are being consolidated into two replacement warhead designs, the W80-4 and the B61-12. Meanwhile, the five ballistic missile warheads now in service are being consolidated into three new interoperable warheads known as the IW-1, IW-2, and IW-3…

The Pentagon will try to provide as many nuclear options to Trump as possible, as evidenced by a recent study of an outside Pentagon advisory panel.

What that means is somewhat unclear, said Reif, who notes that the modernization of the B61-12 nuclear bomb and the Long Range Standoff Weapon (LRSO), which will replace the current nuclear capable cruise missile, would seem to fit that niche already. He said the study’s language is troubling because it could be used in the context of the NPR to embolden those seeking “dangerous solutions to deterrence gap mirages, such as new nuclear warheads with new military military capabilities – including new low-yield options – new types of delivery systems, and abandoning the goal of achieving a sole purpose declaratory policy.”.

Gen. David Goldfein, the Air Force Chief of Staff, has done little to allay those fears.

Speaking to reporters Feb. 7, Goldfein said he was “absolutely” open to considering all options from the NPR, including the potential for new, low-yield weapons, adding that as long as key discussions about policy are also being addressed. “I don’t have any issue about having a dialogue about numbers and yields.”

… one key question facing the NPR review team is how open they want to be for ideas from outside the Pentagon.

The timing of the upcoming nuclear review is unclear, leaving the question of exactly when Congress would be asked to foot the bill for whatever its recommendations are.

A Pentagon spokeswoman confirmed that Trump’s order does not establish “a specific timeline” for the review.

“I think you could maybe add some things into the ‘18 budget that are absolutely necessary but you’d have to do a pretty quick study, and you’d have a hard time drilling down too much because you don’t have the people in place,” Huessy said. “It has to be done carefully and explained well. I don’t know if it will be a quick and short NPR. I know there are people who think it should be. We’re going to be doing about three defense bills in the next year. So there is an emphasis on getting decisions done quickly.”

And, as Lewis notes , “Some big choices about affordability are coming and the Pentagon will struggle to make them so long as the NPR is chugging along.”

Will Trump move away from nonproliferation goals of previous administrations?

Given Trump’s comments about a new arms race, few nuclear experts see nonproliferation in the cards.

More likely, the requirements of the Non-Proliferation Treaty will be set aside and a new Proliferation Era will commence.

The Nuclear Test Ban treaty is up in the air and many in the nonproliferation community see fundamental changes to how the U.S. views the use of nuclear capabilities.

“Any move to undo the 2010 NPR three ‘Nos’ — no new warheads, capabilities, and missions — would not only be unnecessary, destabilizing, and financially costly, it would also be deeply divisive domestically and internationally, including among close allies,” Reif said. “And it would inflame already acute and widespread fears that Trump can’t be trusted with the nuclear codes.”