This week — Israel and the U.S.

After the address that ‘Bibi’ Netanyahu delivered this week to the U.S. Congress, the echoes play out… The impact of “the invitation” and “the speech” continues to deliver fallout, deteriorating communication between the Speaker of the House and Administration, and a widening rift in strategic relations between the U.S. President and Israeli Prime Minister

The poll predicted 56 seats for parties on the Right: The Likud’s 22; Bayit Yehudi’s 12; seven for Shas; six for United Torah Judaism; five for Yisrael Beytenu; and four for Yahad.

It gave 56 seats to parties on the Left: Zionist Union’s 24; Yesh Atid and the Joint (Arab) List with 13 each; and Meretz six.

The foreign policy intersection of two sovereign nations delivered a sharp contrast in an historic venue this week. The goals of the Israeli prime minister in coming to the United States, in an ‘end around’ maneuver, bring multiple questions, and no easy answers. The Atlantic ventured that one goal Netanyahu undoubtedly had was his own re-election, that could be assisted by striding onto the world’s stage before the U.S. Congress and looking the part of tough, unwavering leader. Fox News says polls show he was helped in his March 17 re-election bid. Perhaps he was, perhaps not. The spectacle of the event was decidedly rich in political drama — and without precedent. The costs if the U.S. follows the Israeli’s leader’s foreign policy advice could be heavy.

U.S. foreign policy was castigated and, given decades of U.S. defense of Israel on the world and U.N. stage, and U.S. lives given in conflicts, and linkage with regional wars, and hundreds of billions the U.S. has expended on behalf of Israel’s security, one is left to question what is in the cards for these allies going forward. The President noted the speech contained ‘nothing new‘. The U.S. Secretary of State dryly noted the prime minister offered a formula for an end to negotiations, that ‘capitulation’ is not a viable strategy to negotiate with Iran, even as most all observers acknowledge that without a negotiated agreement, then war waits in the wings with trillions more in costs and decades more in far-reaching consequences. Of course, Iran is a signatory to the non-proliferation treaty and any change in terms undoing the non-proliferation basic treaty will have multiple consequences with other signatories, although Israel is not a signatory.

If the goal of the prime minister is to draw the U.S. into another war, one that will have generational consequences and be far more brutal and costly than Afghanistan, Iraq, and spreading conflicts in the region, then one could say he moved toward accomplishing his goal. The cheering, negotiation-disapproving Republicans and Democrats who chose to join applause for a Likud hardliner will soon have their opportunity to vote on negotiations or escalating risks, ending negotiations, dealing with Iran allies, China and Russia, moving toward another wider war, increasing the U.S. debt, decreasing security, adding to proliferation, and ensuring conflict for decades.

Of course, much of this could be positioning, as is the case with most negotiations. A hardline and hardliners can, at times, pave the way to a successful agreement. We will soon see if the threats produce an agreement. The clock on negotiations and their timeline is running. 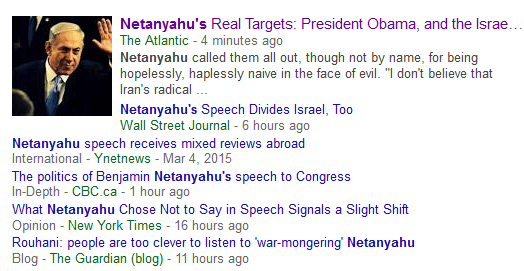 In a display of partisanship that sets new boundaries of political behavior, the House of Representative leader’s invitation to an Israeli leader is historic in its unprecedented reach. Not unexpectedly the Boehner-Netanyahu choice to bypass the White House has been accompanied by an express lack of support in DC and across the U.S.

Few are praising the Speaker and Prime Minister, or their secretive decision withheld from the President, and few are speaking out in support of the Prime Minister’s speech, which is widely predicted to be a broadside against U.S. policy.

If the Speaker intended to shift U.S. policy and push the U.S. to break off talks with Iran, setting in motion events that could produce another war in the Mideast, then the Speaker is seeing resistance on multiple fronts. A quick survey of news and opinion from this past week produces a skein of media reports, few of which offer support for the Speaker’s attempt to push a foreign policy initiative.

The upcoming elections in Israel serve as a backdrop here to a deeply resonant political moment in Washington. However the speech and attendant moves turn out, whatever Republicans and Democrats attend the speech, whoever boycotts and whoever chooses publicly to support the Likud government leader’s policy, this coming Tuesday will be a day to remember, one with consequences. 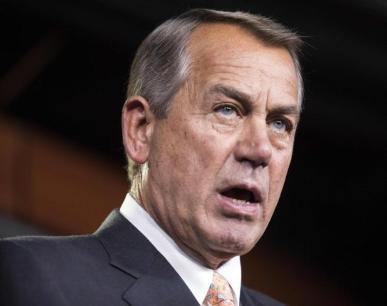