A Week after Singapore

The historic meet up between North Korea and the US produced a page and a half ‘agreement’. This released result was all the public has been given to date. Behind the scenes, the world is assured, much is in the works. New meetings are planned. In North Korea, a campaign of politics with posters is rolling out 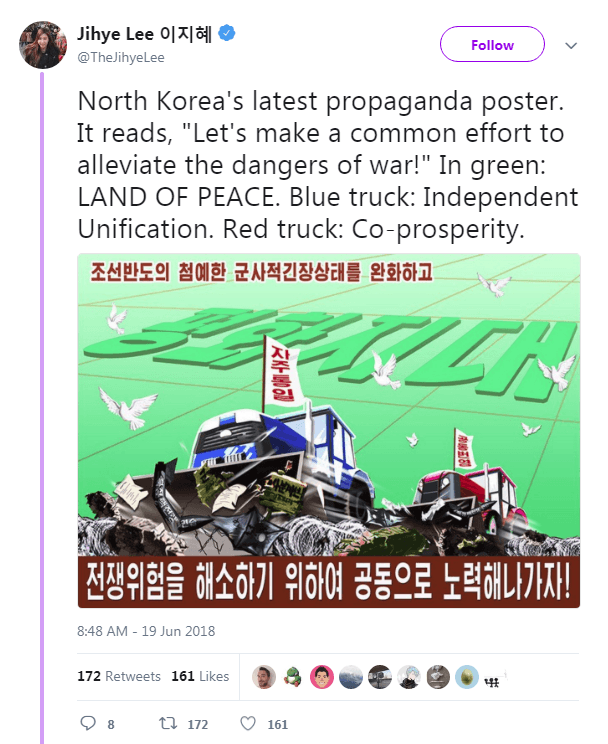 Strategic Goals from a StratDem Perspective

The New Silk Road and links throughout Eurasia provide the enticement to negotiate in our opinion.

In our estimation, as we have written on other online platforms, the promise of infrastructure tied into the strategic Eurasian plans of China, with its high speed rail, roadways, maritime infrastructure and links, banking, currency exchange, and energy connections to Russian oil/gas and to the Mideast petroleum resources, a 21st century economic network are all key in bringing North Korea to the negotiating table.

The other element that was key, and essential, was a “re-upped” security agreement, between the two countries. This mutual defense agreement, although rarely discussed in western media reports, assured North Korea of regime control with a security umbrella, comparable to that of South Korea’s with the  United States.

The New Silk Road looms large in all of the behind the scenes talk, in our belief, even as we have yet to read this in any of the press or academic think tank sources.

What is clear is that China and South Korea are moving their objectives forward in dealing with North Korea.

Kim Jung-Un met after the Singapore with Chinese president Xi Jinping. We hear of economic planning in press reports.

Strategic Demands continues to believe that the New Silk Road and a multi-decade China-Eurasia strategic plan is the infrastructure, the multi-dimension elements now enticing and bringing the Korean peninsula into a “continental play”.

New cross-continent, Chinese-funded high-speed rail connections thru central Asia to Europe, Russia, with maritime connection to the oil/gas suppliers in the Near- and Middle-East are the future of the New Silk Road initiative announced initially in 2013.

The New Silk Road/One Belt Initiative is now characterized as “one of the largest infrastructure and investment projects in history.”

A connection through the Korean Peninsula to the Pacific would make great ‘leap forward’ economic sense.

During his latest visit, Kim was accompanied by his top economic official, Premier Pak Pong-ju …

Wi Sung-rak, a former Korean Ambassador to Russia, said Pak’s visit was evidence North Korea was building up its momentum for economic development. “It seems like the economy is one of its major areas of interest.”

Despite his now lofty political status within North Korea, Pak was once considered something of a radical for his views on economic development.

In 2003, during his first stint as premier, he introduced the controversial “July 1 Economic Measures”. The policy not only sought to give autonomy to state-owned enterprises, but also to decentralise the planned economy, promote entrepreneurship, improve industrial profitability, and encourage financial independence for households.

His ideas faced huge criticism, however – mostly from WPK conservatives and the military – and played a large part in him being sacked from the premiership in 2007.

His reinstatement in 2013 – on the death of Kim’s father, Kim Jong-il – was seen as evidence of the country’s new leader’s economic ambitions.

During their last China trip, to Dalian in May, several members of the North Korean delegation visited the Donggang business district and state-owned electronics manufacturer Hualu Group.

“The scale of China’s Belt and Road Initiative could eclipse the role of the G-7 or G-20 Forums as a new framework for stimulating infrastructure development in low income developing countries,” writes Rajiv Biswas, Asia-Pacific chief economist for IHS Markit.

Experienced Chinese high-speed rail companies, which have laid more track than the rest of the world combined, are building and planning networks in Southeast Asia and Africa linking fifty-four countries in conjunction with road construction projects. 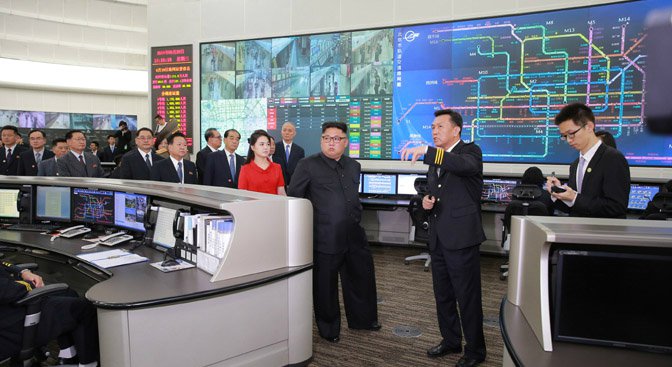