Another Trillion Dollar Year… and Counting

The debate over the #IranDeal swirls abetted by multi-million dollar donations and unprecedented lobbying. One issue is rarely mentioned even though the commencement of another war — an extended Middle East/Near East war — involves entangling alliances, economic/domestic consequences, and multi-dimension, multi-year costs

How much debt is the U.S. ready to take on?

It was barely reported again last January that after Congress had just allotted well over half the entire annual federal budget for the military, that the Department of Defense could not account for over $8.5 trillion between 2000 and 2012.

In 2005, for example, the Department of Defense had contracts worth a bit over $3 trillion with various businesses, but the United States Treasury Department could not find any record of how those trillions of dollars, both taxpayer money and trillions borrowed, was actually spent…

It is not that the Defense Department (DoD) is not required to do a full accounting of where every single penny of borrowed and taxpayer money goes. In 1990, Congress passed a then-new federal law requiring all government agencies to be audited, but the Pentagon has failed to comply… 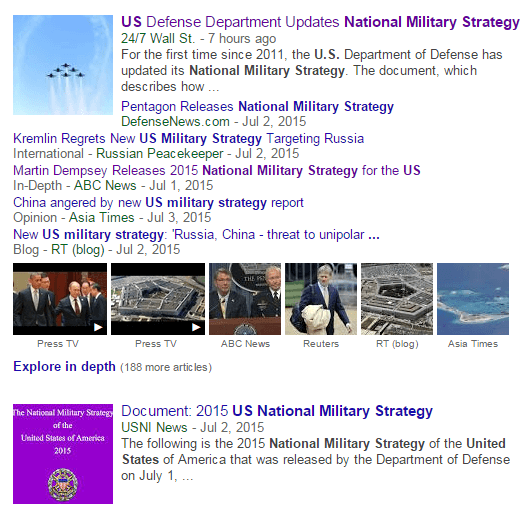 US Defense Appropriations Bill for 2016

When Congress is deciding how to spend more than half a trillion dollars of the taxpayers money, it needs to do so in public. It is deeply troubling that the Pentagon’s budget (the National Defense Authorization Act or NDAA) that last year authorized $585 billion in spending—is drafted and voted on by the Senate Armed Services Committee almost entirely in secret. Last year only one quarter of Senators had an opportunity to amend the NDAA—and they did so almost entirely behind closed doors. The bill—usually more than 1,000 pages long—is often then voted on with little or no chance for public debate and amendments by the full Senate.

The public has a right to know how Congress is conducting the people’s business, particularly when so many taxpayer dollars and important wide-ranging policies are at stake.

Unlike the Senate, the House Armed Services Committee conducts its work on the NDAA in the open and has done so for years.

It’s time to bring the Senate NDAA into the light of day.

The Senate Armed Services Committee voted again this year to conduct the markup of the National Defense Authorization Act behind closed doors and some congressional reporters and transparency groups are calling for lawmakers to bring the process out in the open.

The Senate Press Gallery’s Standing Committee of Correspondents on May 6 posted a letter asking the Senate committee to rethink keeping the markup closed.

“We believe the American public would be well served if the committee allowed them to see their lawmakers at work,” the letter says.

The letter goes on to say that in recent years, subcommittee chairmen have opened about half of their markups. Those markups were for individual parts of the NDAA, but it does not include the full committee markup after each part of the massive defense bill passes out of their respective subcommittees.

The letter says the House Armed Services Committee openly marks up the companion to the Senate bill and reporters don’t understand why the Senate can’t do the same.

Open government advocacy groups, such as the Project On Government Oversight, are equally concerned about the lack of transparency and have called for the markup to be open to the public.

“When Congress is deciding how to spend more than half a trillion dollars of the taxpayers money, it needs to do so in public,” POGO says on a website dedicated opening up the NDAA markup.

POGO says it is “deeply troubling” that the NDAA is drafted and voted on by the Senate Armed Services Committee almost entirely in secret.

The bill, POGO says, is usually more than 1,000 pages long and is often then voted on with little or no chance for public debate and amendments by the full Senate.

The Standing Committee of Correspondents respectfully requests that you
reconsider the April 23 decision not to open Senate Armed Services Committee
defense authorization markups of non-classified material to the media and the public.
We believe the American public would be well served i f the committee allowed them
to see their lawmakers at work, beginning with the Airland Subcommittee markup
scheduled for May 11.

In recent years, subcommittee chairmen have opened about half of their markups.
We have been encouraged by these efforts to bring more transparency to the
committee’s legislative process. That transparency has enabled reporters to
understand and inform the public of the committee’s priorities and decision making process.

We were disappointed to hear about the panel’s decision, as we’d hoped that the
full committee, as well as your subcommittees, would allow the public this access.

The House Armed Services Committee openly marks up the companion to the Senate
bill. In that chamber, the process is smooth on the rare occasions when the
committee does decide to close a markup to discuss classified data.

The process of making decisions should itself be visible to the American people
in real time – as it is in most other corners of Congress.

We are hopeful that you will consider our point of view ahead of next week ‘s markups.

Thank you for considering our request.

Who is talking Costs of War? 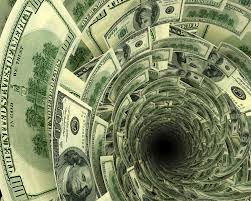