As the US Congress proceeds with its annual Defense appropriations NDAA process, committee markup, and brief timed-and-managed floor discussion/debate, a recent “Audit the Pentagon” briefing outside the Capitol produces approx three supporters in a photo op 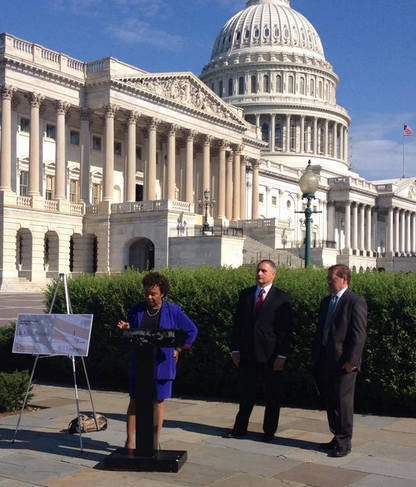 Prognosis: 0% chance of being enacted

Note: The U.S DoD ‘white’ spending budget does not fully cover off-record ‘black budget’ spending (or, to a large extent, the ‘secret security state‘ as described in a recent 2010 Washington Post “Top Secret America” series of articles), nor does it include spending for military/defense related departments/programs/agencies such as Veterans Affairs, Homeland Security, Energy (Nuclear Weapons/Modernization)…

The Department of Energy 2016 request of 29.5 billion includes a National Nuclear Security Administration request of 12.6 billion. Over $8.8 billion will be for Nuclear Weapons Activities appropriation, a 7.5 percent ($667 million) increase over the FY 2015. The budget will expand the current $12 billion B61 Life Extension Program to create the world’s first nuclear “smart” bomb, and will soon begin production at existing facilities. The FY 2016 budget launches a new Life Extension Program for a nuclear warhead via a new air-launched cruise missile. Requested FY 2016 funding is $195 million, a 20-fold increase from $9 million for conceptual studies in FY 2015. The program is slated to rise to $459 million in annual appropriations by FY 2020. This nuclear weapon system is in addition to the B61 upgraded “smart” nuclear weapon designed to be delivered by fighter bombers including the F-35.

What we see upon considered review is an annual trillion dollar plus budget which has not included special ‘supplemental appropriations’ for war spending* ** and budget that avoids assessing collateral costs, opportunity costs, costs of misplaced security priorities, and domestic spending cuts with defense and security consequences.

*Since 2001, the Congressional Research Service (CRS) estimates that Congress has approved $1.12 trillion in supplemental appropriations, 90 percent of which—$1.01 trillion—has been destined for the Department of Defense  (as of 2010)