Calculus of War – Airstrikes and Recruitment

Preponderance of power can deliver shock and awe, devastation, body counts — but collateral damage, the struggle for hearts and minds, the wages of political war are not considered as the drums of war beat and consequent strikes are launched.

This regional war’s failure to deliver ‘victory’, as U.S. national resources, blood and treasure, credibility and moral suasion are lost, is a sign of a failed security policy. 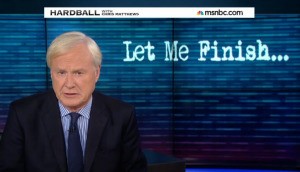 Chris Mathews asks the question — are the latest rounds of airstrikes adding to the recruitment of radical forces in the Mideast?

He could have asked about a regional war that is turning into a half century war. Is a ‘long war’ that began with deployments to protect the House of Saud against Iraq in 1990, a war now in its 25th year, delivering peace and security or, in a fall-back position of defining success, producing results?

Who can argue, with credibility, that the U.S. war policy in the region is a success? Perhaps one should rather ask if the U.S has been drawn in, purposefully provoked, and is waging a war that is intended to drive up the costs to the U.S., beyond trillions spent, as a part of a strategy of attrition, a strategy publicly attributed to Osama bin Laden?

The U.S. military does not assess and is not charged with evaluating the overall costs of war to the nation, yet the costs of war, by the account of a number of voices less debated in security policy matters, now threaten the nation’s future.

Chris Matthews/MSNBC begins to touch on the issue of costs, the costs of airstrikes. The Mathews question hardly captures the reverberations that are, like fired weapons, producing blowback.

The result of failed policies is ongoing. This is a calculus of war.