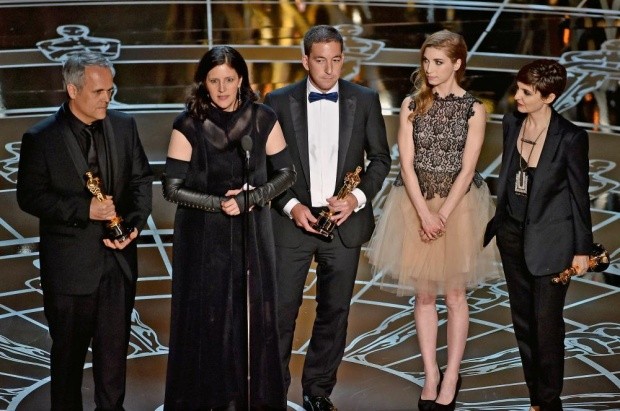 No amount of familiarity with whistleblower Edward Snowden and his shocking revelations of the U.S. government’s wholesale spying on its own citizens can prepare one for the impact of Laura Poitras’ extraordinary documentary “Citizenfour.”

Indiewire
Bob Hawk Oct 11, 2014 5:05am
CITIZENFOUR could be the most important film so far of the 21st Century. Utterly compelling (you could have heard a pin drop in Alice Tully Hall last night) it addresses issues of privacy and freedom in relation to our digital age of communication that are both frightening and a compelling call for transparency from here on out. I think this film opens a door that can never be shut again. Snowden’s eloquent and forthright articulation of his motivation for doing what he did is an unforgettable portrait of courage. The level of trust engendered by Poitras is breathtaking, balancing an intimacy within a hotel room in Hong Kong with a canvas that is geographically diverse and shockingly vast in the breadth and depth of surveillance practices currently in place. My hope is that CITIZENFOUR will be an essential step in shattering a secrecy that is unacceptable in this age of our rapidly shrinking planet.

Seamless and as darkly riveting as any John le Carré or Graham Greene thriller, Laura Poitras’ Citizenfour puts an indelibly human face on NSA whistleblower Edward Snowden, while ripping away any mask of pretense that the most massive and sophisticated breach of privacy in American history had grounding in reality, let alone the law.

William Binney at the premiere of Citizenfour 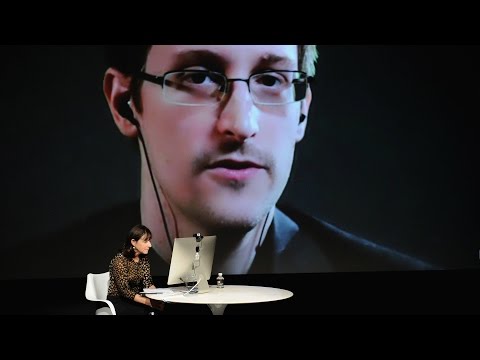 by the New Yorker

Cinema, even in the service of journalism, is always more than reporting, and focusing on what Ms. Poitras’s film is about risks ignoring what it is. It’s a tense and frightening thriller that blends the brisk globe-trotting of the “Bourne” movies with the spooky, atmospheric effects of a Japanese horror film. And it is also a primal political fable for the digital age, a real-time tableau of the confrontation between the individual and the state.Plenty of movies have tried to imagine the contours of state power, but “Citizenfour” stands alone in evoking the modern state as an unseen, ubiquitous presence, an abstraction with enormous coercive resources…