The 2016 presidential race: There are Conservatives then there are right-wing Conservatives, those who brandish Christian religion, those who believe in an era where religion and politics is elevated with fervor and biblical text. This week’s presentation of the first candidate to declare for the Republican nomination is wrapped in religious appeal and ‘Dominionism‘ 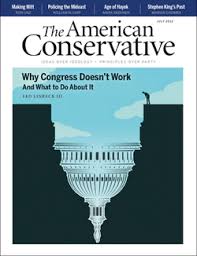 This week’s announcement by Texas Senator Rafael Edward ‘Ted’ Cruz is the declared beginning of a battle for the Republican party, starting with a religious and conservative base, right-wing voters, and any elements that can be assembled to form a ticket beyond primaries in ‘red-base’ states. Over the next year, candidates and the nation will be tested across the political spectrum.

For now, we will have to be content with watching a majority ‘governing’ party that’s having great difficulty negotiating, finding consensus and/or majoritarian positions, and governing with its new majority status in Congress.

Fiscal conservatives object on the federal budget for the Pentagon and new spending, while neoconservatives push to add tens of billions to support new and expanded military missions.

Candidates in the 2016 presidential race begin to stake out their foreign policy positions, led by the far right-wing views of the first candidate to announce, Ted Cruz, as his father preaches dominionist religious theology that Ted is “anointed” and on “a mission from God.”

A mega-church setting, a controversial preacher and his son who carries his father’s name, a son who speaks of his closeness to his father… The son, whose nickname is Ted, speaks of missions and crusades, of cleansing and fire, of God’s truth in action. A presidential campaign reporter watches the spectacle and wonders how much traction the Ted Cruz’ story will have among the American electorate.

At the end of the day will come the numbers — what will the polls crunch out? Candidate Cruz is currently at around 4%, but if other potential right-wing candidates choose not to get in or drop out (Huckabee and Jindal), perhaps double-digit numbers come into the realm of the possible. If double-digits are possible, what’s possible for a candidate widely regarded as an incendiary debater? The phrase “bomb thrower” is widely used to describe the Cruz’ debate style, also the phrase “he knows how to set the narrative, he knows how to debate” — so one can look forward to the Republican debates as the party attempts to choose its leader and direction.

First things first, the first week of the new campaign. This week the Senator’s wife is reported as taking a leave of absence from her manager’s position at Goldman Sachs and the Senator and his family are reported as choosing to enroll in “Obamacare, the Affordable Care Act”. This comes after the Senator has promised, if elected, to obliterate “every word” of the health care/insurance legislation (and end the millions of new recipients’ policies/plans). A misstep as the campaign launches. Most likely the Senator will shift direction soon.

As the Republican’s “liberty” campaign takes off, let’s take just a moment and look at the setting as seen by others more experienced in DC politics… 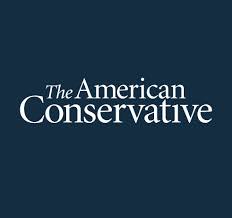 The American Conservative hopes not.

The diplomacy, as it is, of the ‘newly minted candidate‘ from public statements seems to be no negotiations, bomb ’em if they don’t agree with ultimata. The idea of having an “end of worlder” as the “man with the nuclear suitcase” is one question to consider, as the millennialism notions of fervent religious preachers is considered in the context of negotiations around the globe.

From The American Conservative / Opinion

Having experienced several more weeks of mainstream media jingoism about the “Iranian threat,” culminating in the outrageous Joshua Muravchik op-ed advocating war with Iran as the “best option” for dealing with that country, one has to ask why it is that a gaggle of self-proclaimed “experts” has been able to capture the foreign-policy narrative so completely, in spite of the fact that they have been wrong about nearly everything?

Neoconservatives have two core beliefs. First is their insistence that the United States has the right or even the responsibility to use its military and economic power to reshape the world in terms of its own interests and values. Constant war thus becomes the new normal. As Professor Eliot Cohen, a former State Department adviser under George W. Bush, put it, “For the great mass of the American public … and for their leaders and elites who shape public opinion ‘war weariness’ is unearned cant, unworthy of a serious nation… .” 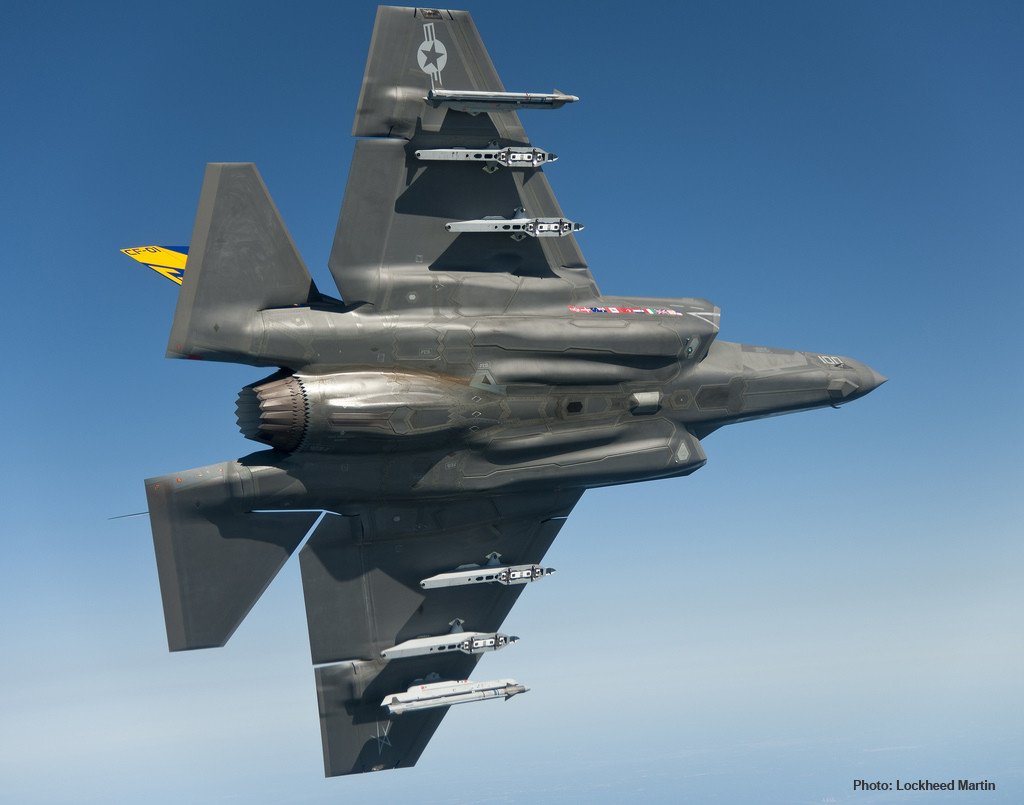 Then there are weapons of mass destruction, a next generation in planning and production, modernized nuclear weapons (referred to as stewardship as in “nuclear stewardship”) including earth-penetrating nukes (B61-11s), ‘smart’ nukes with guidance systems to turn ‘dumb gravity bombs’ into more precise guided bombs (B61-12s)… these are particularly problematic as they are designed for F-35s to be deployed to Europe, the Mideast and Near East — see illustration below for war planning exercise of B61-7’s fallout v B61-12’s)… a next generation of the U.S. nuclear triad that is on instant alert and deployed globally is in process of being upgraded. The newest nuclear weapons in the U.S. arsenal have undercut nuclear non-proliferation efforts, previously negotiated treaties are falling away and a new arms race looms as a result. Nuclear nations, especially evident with China, are increasing their nuclear arsenals and delivery systems as a counter-force in strategic planning.

Let’s look back to several years ago, when the American Conservative chose to do a revealing story on the future of American nuclear weapons complex and its expansive future. The upcoming presidential race will be revealing as Republicans debate, as with the 2015 Congressional budget, whether billions more for war and nuclear weapons is the way to go. The policy positions stretch from a Libertarian-leaning Rand Paul warning of war spending, risks and potential for disaster across to a ‘Christian’ right-wing advocates of expanded wars — Senator Cruz, Governor Bobby Jindal, ex-Governor Mike Huckabee.

From The American Conservative

Despite a deficit reduction plan to cut $1.2 trillion in federal spending over 10 years and ongoing negotiations by the so-called supercommittee to identify cuts of $1.5 trillion more, members of Congress are pushing an expanded plutonium storage and production assistance facility at Los Alamos National Laboratory in New Mexico. Critics say the facility is unnecessary, poorly designed, and dangerous—there are fault lines throughout the Los Alamos property—and its cost has ballooned from $375 million in 2001 to an estimated $5.5 billion today.

It hasn’t been built yet—in fact, the designs aren’t even finished after 10 years. But the Chemistry and Metallurgy Research Replacement Nuclear Facility (CMRR-NF) has been soaking up taxpayer money all the same as the scope of the project has metastasized.

“The country doesn’t have money to pour into an unnecessary, giant boondoggle that has grown beyond all original expectations,” charges Greg Mello, executive director of the Los Alamos Study Group, probably the toughest grassroots opposition the CMRR-NF project faces right now. “When the cost of a facility increases by more than a factor of ten, even as the fundamental purposes are evaporating, it’s important to stop, to pause and to question whether this is the right thing to do.”

The Nuclear Arms Race Heats Up

Via the New York Times

The House debate showcased the gulf that separates the two parties in the chamber. Republicans barely discussed the severity of the spending cuts and policy changes they envisioned. Instead, they split over how much spending they would pile into a war account that is supposed to be reserved for emergencies overseas.

President Obama’s budget proposal simply ignored strict caps on military spending set by the 2011 Budget Control Act, adding $38 billion to the $523 billion limit. Republicans have been unwilling to breach those limits; instead, they piled $96 billion into the off-budget war account, nearly $40 billion more than the Joint Chiefs of Staff requested.

According to Senator Cruz: “One of the most troubling aspects of the last six years is that America has receded from leadership in the world, and it has created a vacuum, and into that vacuum has stepped nations like Iran, like Russia, like China, it’s made the world much more dangerous.”

The Senator continues: “It’s time to tell the American people the truth.”

On a day (March 25, 2015) when the U.S. House of Representatives moves to amend the Republican budget with additional  on- and off-budget war spending approaching $100 billion is this the way to go?

On one front, what is the “right thing to do” with thousands of nuclear weapons in the U.S. nuclear arsenal and plans to ‘modernize’, deploy, and extend new delivery systems? Is the right thing to appropriate tens of billions more for modernization, new ‘smarter guided ‘usable’ nuclear warheads carried by the new F-35 joint strike fighter, forward based in Europe, the Middle East, Near East and Asia?

How close to a ‘preemptive strike’, a ‘strategic or tactical mistake’, ‘provocation’, or ‘unanticipated flare up’ is too close?

Via Federation of American Scientist (2014)