AFP blip on the news screen today. Take notice. The arrival of a China-Iran container-carrier train is a first, inaugerating cross continental railway trade between China and Europe with Iran at the center of the New (old) Silk Road. Billions in development

Aghaie says the railway saves transit time comparing to the sea route from Shanghai to Iranian ports. He says Iran plans to extend the route to Europe.

The journey from Zhejiang in eastern China, crossed Kazakhstan and Turkmenistan and was 9,500 km trip, 30 days shorter than a sea route from Shanghai to Bandar Abbas. Under construction are the next phases of the New Silk Road — cross-continent High-speed rail with linked maritime corridors; long-term energy supplies with strategic agreements; banking with overarching trade agreements, currency exchange, anchored by the Asian Infrastructure Investment Bank (AIIB).

The connections between Chinese manufacturing and Eurasian markets is a strategic, economic move of immense reach and implication. The Chinese economic plan looks to build for a future far different than seen by the US. 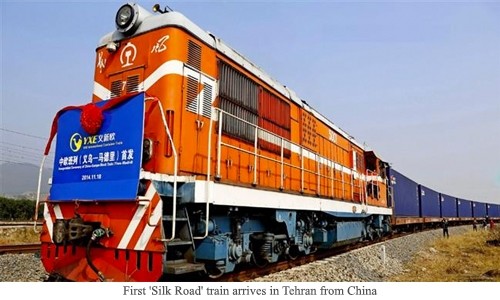 The New Silk Roads could be the largest economic development scheme on the face of the earth. The Financial Times article compares it to the US-led Marshall Plan after WWII:

If the sum total of China’s commitments are taken at face value, the new Silk Road is set to become the largest programme of economic diplomacy since the US-led Marshall Plan for postwar reconstruction in Europe, covering dozens of countries with a total population of over 3bn people. 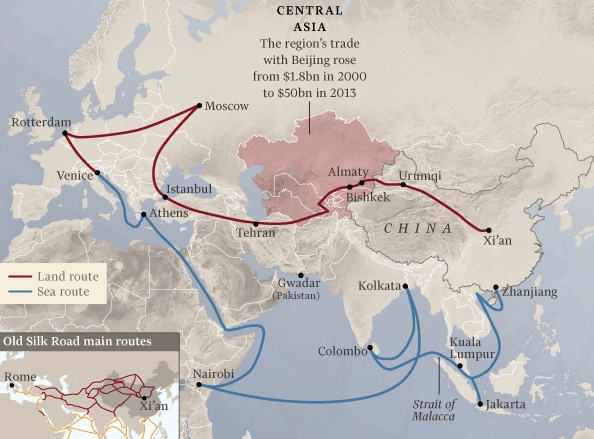 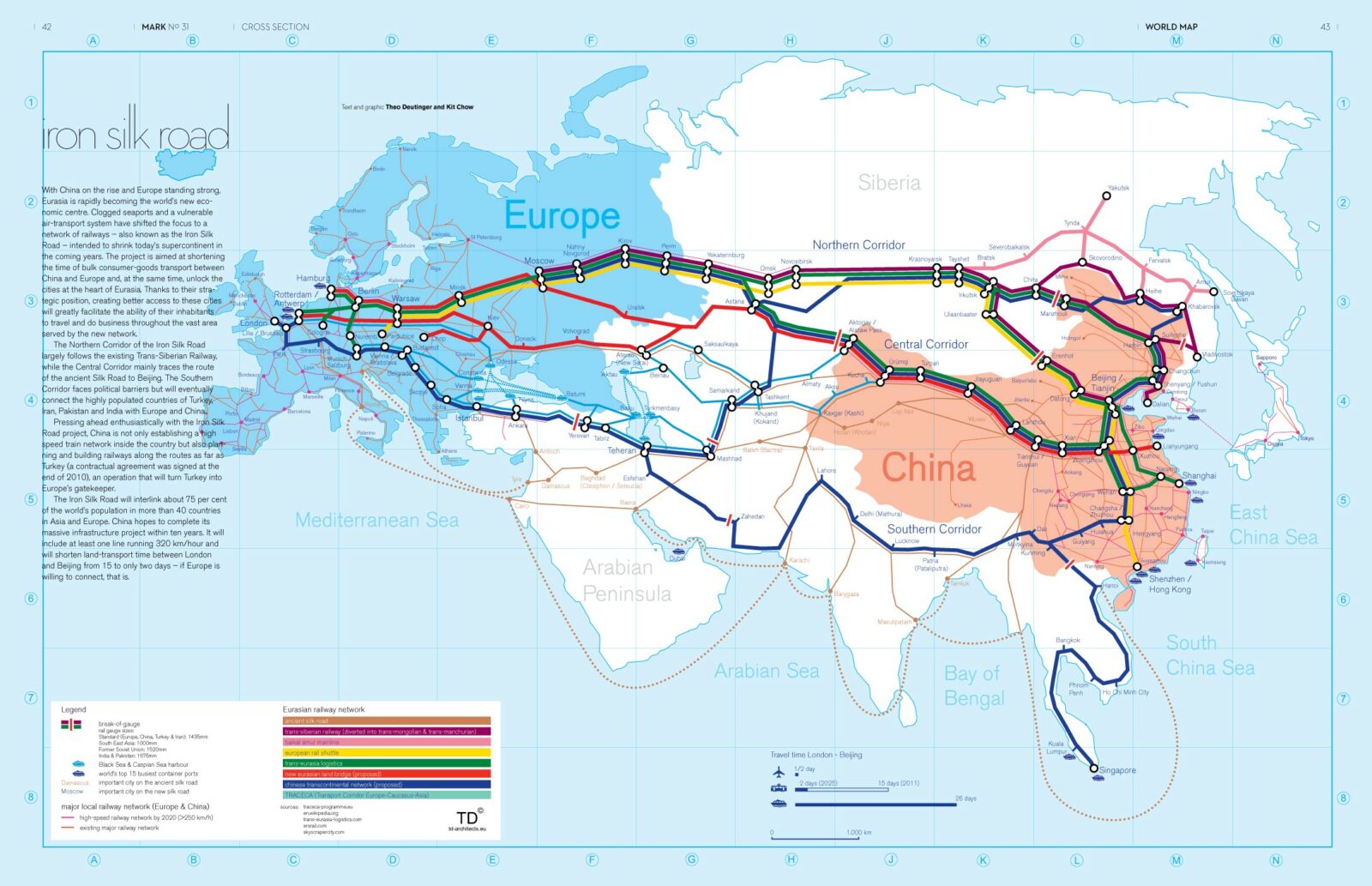